Black People : Are You Too *Proud* To Admit You Were Wrong???

Please support destee.com, the oldest, most respectful, online black community in the world - PayPal or CashApp - Thank you.
Donate
U

truth is truth, but I think some people delight in trying to point out where others are wrong instead of helping them see things from another perspective, and there is a difference in the spirit of the dialogue and intention...anyone with a controlling parent or in-law should know what I mean

this is an interesting topic especially since it's the main criticism of the current Bush administration is that they made no mistakes and even now will not admit to it at the expense of human life...although this is an extreme I think it helps us see how unattractive it is and maybe we're even able to recognize it in ourselves and maybe in our own leadership
M

I think it's easier to admit to being wrong when one realizes that the integrity of ones ideological core is being compromised.The transition from the grass roots revolutionary mindset to the initiatory path (Afrikan Spirituality) seems non-threatening and complementary. When the emotional tumult rises from being somewhat disconnected from my mother and sister and many of my family members because of a myopic, Glass ceiling, conceptually incarcerating "so -called" religion and I hear the overseer preacher spouting non-sense, I can see how the word "Coon" can sit at the tip of my lips. I have to realize that the preacher is Sahu as well as his flock.

Yes, I've admitted I was wrong on a lot of things, and continue to admit it when I understand where I'm wrong; it's better to come to admitting it than holding fast to a lie, or something just flat out indecent. So no pride here.

Like I was wrong many times on calling my own brother dumb or stupid; sometimes it was just me joking, and other times it was when I was irked, but all times it was just wrong of me. He's smarter than me on a lot, and I never really thought of him as dumb, just in jest and anger did I use it, but he's better than me calling him a foolish name.

Since then, I've only called him by his given name; or "silly" when he's clowning around! lol

I can admit in being wrong....in fact i did that not too long ago to a woman i used to talk to.

I thought I was wrong once, but I was mistaken.

Black People : The Emasculation of Men ( Are Men Today Becoming TOO Feminine)?
7 8 9

Black People : Am I Being Too Hard on Van Jones?

C
Black People : Too Many Hands In The Reparation Pot

Sep 13, 2020
Chief Elder Osiris Akkeba
C
C
Black People : You Have Been And Still Is Being Lied Too 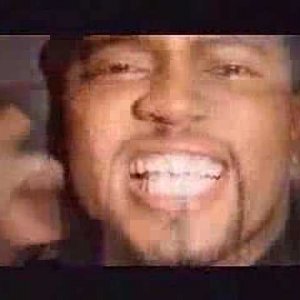