Black People : Are We The Aliens on Earth?

Fireman said:
Well if a new species evolves if won't be intelligent like man. I would probably be some type of super animal. LOL
Click to expand...

Probably not: how far has our intelligence gotten us?
O

Fireman said:
Check out the video "Majority of Earth's Water, Not from Comets" that I added in a previous post.
Click to expand...

I'm a little light on my astrophysics (no pun intended), but at that point of the story line wouldn't have the much heavier body of earth that attracted or perhaps run into those meteorites and astroids been largely made of the same elements that formed those same pieces of 'rock'? If that's so then the meteorites etc only added some little water comparative to what was already forming on the heavier if still forming terra body.
It's only speculation comets brought to earth something extra missing from the stew already boiling here.

I would suggest if someone were looking for a gap in the evolutionary tree that boiling stew pot where life first emerged is the place to start.

Edited to amend my mashing of comets and meteors as the same thing.
Last edited: Jul 16, 2019
O

MS234 said:
lol. I always laugh at comments like this. life exists throughout the universe distributed by space dust etc., we as humans tend to look at life through human eyes looking at life in the relative terms of human life, when life is life. we look for separation from everything when there is NO separation. The so called "universe" is a living thing as well. The universe has a life span like all "things". Cycle and Recycle. Ebb and flow.

I would like some of us to consider the term "multiverse". Abundance is the norm of the realm we exist in. Call it what ever you like, words especially english words are not sufficient enough to explain the true phenomenon we are experiencing this thing we call "life".

I laugh when they say we will run out of money. How can you run out of something that's not even real? Money is abundant as well but we know the story of oppression which i don't need to get into now. Though is seems the control of money and people is reaching an end. There's no reason why everyone in the world couldn't be issued a credit of let's say one million dollars um the so called banks would still "control" things i guess, why must people suffer for lack of this artificial made up thing called money?

The so called place we call the "universe" is a living organism. The reason we can't see this is that we are taught to look at life relative to a "human" being "lives".

There is an intelligence that exists. We are a part of that intelligence of course without question are you would not be reading this. What i mean by intelligence is how does your heart know when to beat, your lungs know when breathe, you stomach knows when it's hungry etc. How does a seed know to grow when you add soil and water. For centuries at least the last twenty centuries we've called this intelligence "god". But life has nothing to do with "humans", Life has everything to do with "life". We need to get over ourselves, while we should feel special and rightfully so, that special feeling shouldn't be at the expense of not seeing life though life's eyes, but with the ego induced, manipulative mind of humans. No other species on earth has a problem seeing life for life, but the so called most intelligent species seems to be in conflict with life. Again i know alot of the conflict is pre-fabricated, that is a story for another day.

We are not aliens on planet earth. Where ever this is we are all part of the same experience. Humans must realize everything is a cycle. Like the dinosaurs died off, neanderthals for the most part anyway died off, rome fell, the towers fell, humans will fall. 50,000 to 500,000 years from now there will be a new king on earth. Humans will be long gone. A new species might look at human life the way we look at ant life nowadays.

The hardest concept is the understanding that everything is in the same place at the same time. We tend to see it definitely because our personal perspective. Because you consider yourself over "there" and i'm over "here", yet we are really "here". That "here" is the state of consciousness you experience like when reading something like you're doing here.

So is it so far fetched to consider we are the "eyes" of the universe. We can "see" with our eyes as well as our minds. We shape this world with our eyes and minds. How many times have you turned and looked and someone was staring you dead in the face? We all feel a certain energy, we are that energy.

IMO humans look at life in total different terms. Homeostasis of the human cell which does all the things your whole body as a function, homeostasis of the planet earth, the omits the seem frequencies the human body does, and the homeostasis the so called universe say to me that all things are a homeostasis of one, however far the "one" extends. Homeostasis doesn't need "humans" for maintenance, many many many centuries from now a new species will also feel "alien" to this planet not realizing this was home along.

Well put MS.
In my more expansive moods I have likened the life force to shifting currents of soft breezes in the air and the multitude of eddies and still pools that form in a running stream as have numerous real wordsmiths. But it is there, and it can be felt.
Most of the time the metaphors we call words fail in capturing just what it is; but one minute everything is fine......the next second you 'feel' or you 'hear' or you 'sense' a shift in tenor or tone.
O

After the human gets finished spoiling his own nest there won't be much left and life will have to begin almost anew here on terra firma. Yeh we so bright, the proudest monkey, that would be every single human on earth, has brought about the sixth mass extinction event in the evolutionary history of the earth because imho we passed that event horizon sometime ago. There will be no going back.
It'll take a much longer time for a rebirth of 'intelligent' life as we know it to emerge than a mere 50,000 years.
Last edited: Jul 16, 2019

ogoun said:
Well put MS.
In my more expansive moods I have likened the life force to shifting currents of soft breezes in the air and the multitude of eddies and still pools that form in a running stream as have numerous real wordsmiths. But it is there, and it can be felt.
Most of the time the metaphors we call words fail in capturing just what it is; but one minute everything is fine......the next second you 'feel' or you 'hear' or you 'sense' a shift in tenor or tone.
Click to expand...

Thanks. I appreciate your comments. My comments were nothing special. We've been brainwashed so bad that we make the real, crazy and the crazy, real. lol 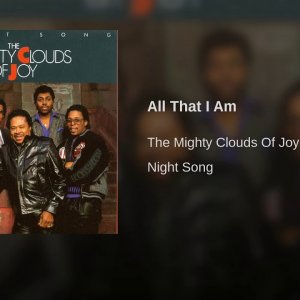