Black Relationships : Are Men & Women Sexually Greedy by Nature, Or What?

In this thread the question is, When a man and woman are in a

monogamist relationship, by being married, or just in a monogamist relationship being a couple, etc. What creates the physical need for them to cheat physically sexually with another man or woman? I have witnessed attractive couples that seem to be in love (or that which is perceived to be love, etc.) cheating with others outside of their prospective love relationship. yet doing so while claiming to still mentally love and physically care about the man or woman that they are now cheating on, etc. I am sure that this is easily explainable, etc. example: "a brutha has a lovely physically sexually pleasing woman at home, Yet he cheats with other women, etc." Why? And visa versa, it happens with women as well, etc. "what makes her cheat on a man that's sexually pleasing her, etc.? The question again is, "are men and women just sexually greedy or what are they basically still looking for sexually, etc.?

Competitive or Selfish gene theory - Reproductive Competition.
Human beings are not naturally monogamous, so it is more natural to cheat than not. Cheating in a way ensure that the humanity is mixed varied and thriving. Sex and love are not synonymous. So yes you can cheat on your partner and still love your partner whether or not your partner will still love you if and when they find out is another question. Monogamy is a social/religious convention.

Biological Imperative.
Nature in order to ensure the propagation of the specie, causes hormones to be release when two people of the opposite (sometimes same) sex find each other attractive. Those hormones have the ability to override all conscious deliberations and social conventions. That is the basic underlying reason but on top of that some people might just do for various and sundry reasons....environment, needs not being met, anger, revenge, novelty, or just because etc etc.

Most of todays human are a result of unplanned pregnancies whether in or out of marriage, and up to a third of all children who they think is their father is not their biological father.

you are hitting the nail squarely on the head here, etc. especially the part about hormones, etc. Thanks for that share.

CulturalActivity said:
Since I am young, sexually active and knowing myself I would not marry at this time if ever. I am enjoying my life and freedom way too much to be encumbered by any one man. Due to infidelity I've seen too many supposed happy marriages fall apart over time. If one feels cheating is acceptable then a happy marriage will eventually elude them.

I can agree with your assessment here, etc. There are far too many cheaters within todays marriages, etc. Why they are married, etc., is beyond me, etc. This involves men as well as women, etc. Much as this cheating is often before and after marriage. Perhaps marriage is just a relationship convenience, etc. Smart thinking on your part. Always stay true to you! Nuff said....


CulturalActivity said:
Since I am young, sexually active and knowing myself I would not marry at this time if ever.
Click to expand...

In todays world more than ever in recorded history, women (I am assuming you are a woman) are now able to support themselves which was the main reason for marriage ....To ensure support of women and offsprings.
In many Matrilineal/ matriarchal societies women do not marry exclusive to one man, nor have just one intimate partner....Polyandry is the norm - marriage is often not binding in such a society.
Unlike today in male dominated societies, in which marriage is binding and in biblical times....Polygamy was the norm
Monogamy especially romantic monogamy is relatively new as a social convention


I am enjoying my life and freedom way too much to be encumbered by any one man.
Click to expand...

Thats your gonads speaking....but with this freedom comes much responsibility

Due to infidelity I've seen too many supposed happy marriages fall apart over time. If one feels cheating is acceptable then a happy marriage will eventually elude them.
Click to expand...

True....but only so because we expect from each more than we are able bear given the tools and techniques we possess. In an effort to create a heaven on earth, some have seek to coerce (political and religious) mankind into Godhood (personal and universal) by hoping to use the tools of fear - guilt, punishment, and repression. To control These most Powerful of Mankind Natural Drives - Energies and Forces..... cannot always or for long be subdued in such manner

It is a mark of spiritual and mental development to be able to direct the animal Drives with in us. For these Animal Energies if Transmuted open the door to what the Ancients refer to as the Magical and Miraculous ...Godlike Powers.

Let us be clear here having sex with some one other than your marriage partner is not in the strictest sense cheating or infidelity. Cheating denotes deception and infidelity connotes unfaithfulness. The essence here is Acceptance, Honesty and Loyalty to that which is agreed upon. 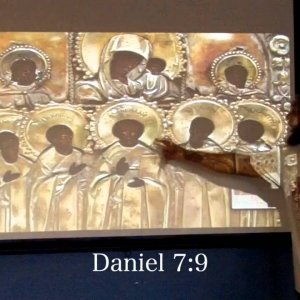