Black People : Are Dark skinned people the chosen ones?

Could Africa be the Garden of Eden and could the Black people of earth be the true children of God?

Africa is the richest continent in the world. It is also considered to be the cradle of civilization and mankind. There is no other place on the face of the earth like it. No other continent has Africa's vast resources and beauty. None.
So ask yourself why is it that the most coveted region on earth with all of it's vast resources and beauty belongs to the darkest people on earth? It wasn't given to anyone else but us folks. Dark Skinned People!!!

A white God is not going to bequeath this to you my people, he would have bequeath it to the white man. So why are dark=skinned people worshiping a white God?

Ancient man man migrated out of Africa to other regions and our ancestors were taken out of Africa for a reason and it wasn't to be slaves. Slavery was a period of suffrage just as the Hebrews wandered for 40 days and 40 nights in the wilderness. Exodus!
And God said, let us make man in "our" image, after "our" likeness.
And God created man; in his own image, in the image of God he created he him. Male and Female he created he them. And he blessed them and said unto them, be fruitful and multiply and replenish the earth; and subdue it and have dominion over all creatures of the earth and waters.
So if you believe in a higher power and that your presence here has a greater meaning than that which you have been taught, then it is time for you to step out of the shadow of the white man and fulfill that which your creator or creators have destined for you. Claim you rightful place here on earth..

You are the chosen ones and you must believe this, for your creator or creators does not make any mistakes or works in jest....Food For Thought. 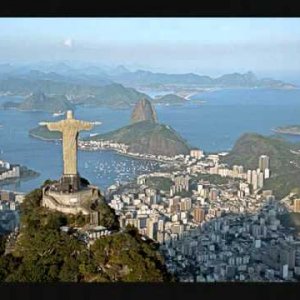