Black People : Are Black men at fault for the current state of affairs in Black America and what do you suggest we

Any thoughts? Good bad or indifferent.

I don't believe our issues as a people can be legitimately blamed on either the Black man or Black woman. How we address the issues we face is our problem because we're easily divided. There has to be something that we can agree on as a problem, then agree on as remedies, then agree to fight the problem, and commit to fighting together.

How many of us honestly believe in the saying, "united we stand, divided we fall"?
Join Destee.com today!

With all of the obstacles placed to prevent equal access, the divide was created between those that considered begging or protesting the unequal application of laws and ordinances, and those that thought it would be better to just create and build their own.

Outside of an independent and sovereign political system, not sure if any particular group of people can be blamed for their failed attempts to overcome the system of capitalism that works for the wealthy, off of the backs of the poor... MLK's Poor Peoples' Movement.

MLK... working on building a social and political alliance with Malcolm, who was reaching out to African nations to a greater front. Both, we can agree, would not be to blame for a failure to not follow through.

Fred Hampton was reaching international support, subsequently, the failure of the BPP for Self Defense, which was politically active in government forms, was of course not to be considered to blame for the failure to not follow through.

I point these out not to say or respond in a yes or no manner, but to explore further into movements and alliances that seemed to be organized enough to become a threat to wealthy elements that need capitalism to work as intended... indentured servitude is the key component of "trickle down" economics, as the taxes (Federal Income Tax, basically robbing hard working people with consent) are recycled back into the hands of the well off or the ones less likely to need it.

Apathy has been created through these past actions, and it's hard for many to see how to effectively do anything without it becoming a symbol for attacking if it doesn't conform to all rules, regulations, and by-laws.

In order to play the game, we must understand it.
The blame would go to those that do not study the game enough to avoid the failures... male or female.

A supportive sister is a prime component that can keep a brother continually motivated and faithful.
This lack of combination is part of the failure, and when they are separate... well we know how this story goes.

I see the "Black Lives Matter" organization that had so much potential, but they attempted to take on far too many issues at once, and created a confusion within many trying to figure out what the agenda was.

I could imagine the feminists involved in that movement could have formed alliances with strong brothers from other organizations, but there was too much "other" stuff going on there instead of attempting to find common ground and build from there.

We need the sisters to support motions and movements, and likewise we need to support sisters when they feel passionate. The separation is has bothered me in a way, because the potential of the energy that some of our sisters have is just as important and necessary as the brothers.

Plenty of blame to go around

Modupe pupo (much thanks) 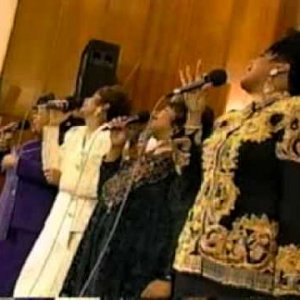