Chief Elder Osiris : Are Black Folks Safer Today than We were Five Years Ago, 9-11 :?:

What is this want that Black Folks in america have that cause us to include ourselves in america tragedy as if we enjoy all of the Rights and Justice that all of those other people of European descent enjoy in america, as if there is no difference between us and them and when those differences are made manifest to us by True Divine Black Afrikan Nationalist, we display a behavior of total resentment from being reminded of the Truth about our condition in america and the world over.

Here we are reacting to 9-11 as if we truly are a 9-11 victim and as if before 9-11 we Black folks enjoyed the Safety, Rights, and Justice equally as any other american, therefore implying that our anger should be just as fierce toward those people america has directed us toward as being the evil that have cause america pain on 9-11.

Well I am here to introduce to you what we Black Folks despise, which is the Truth and the Truth concerning Black folks in america, when it come to being Safe in america, such a comfort has never visited the Mind of Black folks in Truth and Reality action, which mean that the incident on 9-11 in term of safety does not apply to Black folks, because Black folks have been in danger in america every since 1619 of June, and if there is a date we need to be mindful of, a date that make 9-11 to be of no meaningful significance to Black Folks in term of safety in america , then 6-19- 1619 is a date that should live in the Mind of Black folks, in infamy.

So beloved, are we really serious when we Black folks echo those other people question, are we safer today than we were before 9-11 and my answer is from a Black perspective that take Truth into account, which is No, as a matter of fact, Hell No, because Black Folks in america enemy is within america as well as outside of america, which mean, as I speak at this moment at this Time on this Date, there is no place on this planet where Black Folks are Safe and you may take this Truth or leave it alone, yet regardless of the way the Black psychic choose to deal with this Reality, the Truth remain as IS and as Real.

How can any Black mind worth its SALT, sit under the Lies that were told on 9-11 and is being told on 9-11 five years later about what happen and how it happened on that date and remain locked in our Mind of ignorance?

Well let me make myself clear, I deplore any and all conspiratorial Death, which include captol punishment in america, which is a controlled planned death and such a death is not justified, so to all that lost their Life on 9-11, I do regret and show respect, but that has nothing to do with the Truth of the Black situation in america and the world, in regard to safety, because Black Folks in america have yet to experience what it mean to feel and be safe and as long as we do not occupy a position of authority and control over our Black Lives, then we have no power to assure our Safety in america, Europe, Asia, and Afrika, or anywhere else in this World.

Liar, Liar, they set their own house on fire and did succeed in getting most of the world to accept their explanation about what happen, which was a created problem which did get america and most of the world to react to a trumped up solution, which was presented to americans and the world, which called for the violation of a country Sovereignty, an act that portrayed america as GOD, having the power at will to decide what country is to maintain its sovereignty and which shall not, as they rode into Iraq riding the ammunition of Lies and Deception, as they exploded to destroy a government that they did not approve of and now here america Five years later claiming if they had to do it all over again, meaning lying and deceiving the american people and the world, they would not hesitate in doing it again.

As I was watching Face The Nation on Sunday, Russert asked the Vice President this question, giving what you know now, would you make the same decision you have made to invade Iraq and the vice president answered Truthfully, by saying yes.

To me Russert question had no real meaning, because what the Vice President know now, he knew then, because they intentionally misled the american people then, as well as the world.

So the question to Black folks which I propose to us all, are we more safer today in america and the world, than we were before 9-11 ?

Thank you for sharing facts and truth to the minds and what
really need to be remembered .....peace & harmony
Poetic flow, Poetry of a poet! Be a Premium member today and enjoy all the fruits . 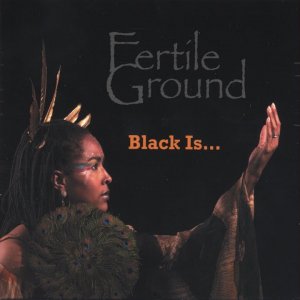