Black People : Are Black Brits involved in the 2 million protest and national strike?

Any news from Family in the UK, regarding what this is about?
2 million protest, and unions united to shut down everything?

REPORTING FROM LONDON -- Up to 2 million public-sector workers walked off the job in Britain on Wednesday, potentially the biggest nationwide strike to hit the country in a generation.
Teachers, border patrol agents, nurses, transport workers and others participated in the mass action to protest government plans to make them work longer before they retire and to contribute more to their pensions.
Officials insist that such changes are unavoidable in light of longer life spans and the need to rein in government spending. Unions and workers say that austerity measures are hitting them disproportionately hard even as executives at taxpayer-supported banks continue to collect huge bonuses.
Schools across the country were shut down or operating with skeleton staffs Wednesday, and parents scrambled to find substitute child care for their kids. Thousands of non-emergency procedures at hospitals were canceled. Courthouses were also hit.
http://latimesblogs.latimes.com/world_now/2011/11/nationwide-strike-britain-schools-heathrow.html


In Britain, up to two million workers have marched in the streets during the largest mass protest in generations. Teachers, hospital staff, garbage collectors, firefighters and border guards are participating in a 24-hour strike organized by a coalition of 30 trade unions. About a thousand demonstrations and rallies are being held across the country. Public sector workers say proposed pension “reforms” will force them pay more and work for longer before they can retire. We go to London to speak with Richard Seymour, who writes of Britain’s most popular blogs, “Lenin’s Tomb.” Seymour examines how the Murdoch-owned conservative press has shaped coverage of workers’ rights even as it faces fallout from the latest developments in the phone hacking scandal. "Rupert Murdoch’s ideological power, his ability to project an image of these strikes as unnecessary, as militant, as aggressive and belligerent and so on and so forth, comes from his economic power, and he spent decades building that up in the U.K.,” Seymour notes. He also discusses how the U.K. has withdrawn diplomatic staff from Iran after protesters upset over newly implemented sanctions stormed the British Embassy in Tehran, overrunning the diplomatic buildings, chanting "Death to Britain." [Includes rush transcript]


Filed under Financial Meltdown, Unions, Murdoch Media Scandal, Iran
Richard Seymour, one of Britain’s most popular bloggers based in London. He blog is called, “Lenin’s Tomb.” He is author of "The Liberal Defence of Murder" and "The Meaning of David Cameron."

More Photos​
AMY GOODMAN: I’m Amy Goodman with Democracy Now!’s Nermeen Shaikh.
NERMEEN SHAIKH: Thank you so much, Amy, and welcome to our listeners and viewers around the country and around the world. In Britain, 2 million workers are in the streets today participating in the largest mass protest in generations. Teachers, hospital staff, garbage collectors, firefighters, and border guards are participating in the 24-hour strike. A coalition of 30 trade unions have organized approximately 1000 demonstrations and rallies across the country. Picket lines are anticipated to spring up around public buildings and hospitals during the day. On Monday, airlines said they were were cutting flights into the London Heathrow Europe’s busiest airport because of fears of long delays and overcrowding due to the strike. The airport workers are part of the approximately 2 million public sector workers opposed to reforms that unions say will force them to pay more for their pensions and work for longer before they retire. Paul Cottrell of the University and College Union explained why he supports the strike.

PAUL COTTRELL: Well, the fact is that the public sector workers have already made a big contribution. For example, at the moment, most of them have had a wage freeze for several years while the cost of living has been increasing. Also, the government has already reduced the value of their pensions. So, we feel that if there is an argument for the public sector making any contribution, as there is for the private sector and for the rich in society, we feel that our members have done their bit and enough is enough.
http://www.democracynow.org/2011/11/30/millions_of_british_public_sector_workers​

The importance of this to us is if this shut down is effective, it will give us clear proof of what we can do by ressurecting Black Solidarity day 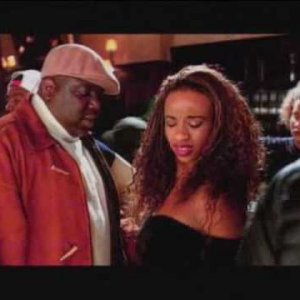