Archippus: The secret name of Domitian?

Joe Atwill, in his Shakespeare’s Secret Messiah p.289 in writing about Chapter 6, Atwill says that Domitian has a secret name of “Archippus” but he leaves us hanging, with the high hard one to figure out by ourselves, with no explanation to guide us. Essentially Atwill calls it a secret and he then in turn keeps it a secret.

He doesn’t explain himself. The name Archippus is only mentioned twice in the NT as an acquaintance and fellow solider with Paul (Philemon 2 & Colossians 4:17). Atwill maintains that Domitian sodomizes Paul and has him castrated so this Archippus wouldn’t be a secret name of Domitian to Paul if this name was written on Domitian Penis. For we know that God’s wrath comes to those disobedient and the fruitless (sodomy) deeds done in secret of darkness comes to light (Ephesians 5:6-13). Later on in this essay you will see how this bible quote will come into play with other bible passages.

If by chance Atwill is correct I would relate Archippus to two possible puns to Apicius or to satire of Arci dealing with his many public images .

A pun as two or more meanings or meaning of another word similar in sound. I came to this conclusion when dealing with Luke & Look being associated with healing; or even Cat-Hathor (Catholic). It doesn’t have to spell alike but sound similar for a satire.

There are two possible reasons why the name Archippus may have been applied to a famous Cook or to images of Domitian graffiti denouncing him.

1. “Images dedicated to Domitian in the Capitol had to be of either gold or silver, and not below a certain weight; and he raised so many arcades and. arches, decorated with chariots and triumphal insignia, in various City districts, that someone scribbled 'arci', meaning 'arches' on one of them — but used Greek characters, and so spelled out the Greek word for 'Enough!'” (see Suetonius, Domitian 13). I cracked up in a big *** pile of laughter after reading this LOL.

The second possible link I’m finding in In chapter 6 of Revelations we are dealing with Food & wine theme.

Tacitus, Annals 4:1 speaks of a famous epicure (Food taster/cooker of Food and wine) of this name in the reign of Tiberius; but others of the same name and fame are mentioned and Apicius is title of a work on cookery. So if you were good at cooking you were called or related to Apicius.

Domitian was notorious and infamous for inviting people to come over and eat with a tombstone with their name on it on the table. I believe we have a cameo appearance of this at Rev 2:17 “To him that overcometh (compare endurance of manna John 6:27) will I give to eat of the hidden manna, and will give him a white stone, and in the stone a new name written which no man knoweth saving he that receveth it” for a comparison see (Dio 67:9).

Manna was symbolic of a penis and so was the word thigh. And the white stone is equivalent of a tombstone. A winepress was made by digging a square basin in the rock. And stones were cut out for the winepress as well (Isaiah 5:1-2)

It’s no coincidence that when Domitian “Treads the winepress of the fury of the wrath of God almighty. On his robe and on his thigh (penis) he has this name written:

KING OF KINGS AND LORD OF LORDS”. They then all then proceed to the wedding dinner which is a cannibal feast of human flesh (Rev 19:9-21). I’m told by the poet Statius that Domitian dinner parties may have eaten Gaioli cookies in human form, their name derived from Gaius, a name which the Romans used both ritually, as in the wedding ceremony.

This same dude who treads also tramples people in this winepress with a sickle to first to cut off grapes (testicles) and slice up to the neck of Paul’s bridle (Rev 14:14-20). Legend has it Paul was castrated before being beheaded making him twice dead as the letter of Jude describes him.

We should start coming to a better understanding of the New Testament book, quick fast and in a hurry because its not what you think it is. Remember that episode on the Twilight Zone where aliens came down with a book. They had humans loading themselves up on the Mothership before the translation of the book came in which was a recipe and cookbook called “To serve man”. This reminded me of poor Lazarus (Osiris) where they raised him from the dead then “they made him a supper” (John 12:2-3). Lazarus equals Eleazar El-Azar closely resembles the Egyptian name for Osiris (Ausar) see (Christ in Egypt by D.M. Murdock p.304). The wicked black comedy is that Osiris penis was eaten by a Nile fish. The Christians were associated with being “Little fishes” from the Piscean age, disciples being fishermen, born out of water and for eating the body of Jesus (Osiris) as manna-penis (John chapter 6:48-59).

This is the wicked black joke being provided the cookery of Domitian and their poisonous writers.

Andre Austin is the author of Lukewarm: The Temperature of Justice www.amazon.com/s/ref=nb_sb_ss_i_9_8?url=search-alias%3Daps&field-keywords=lukewarm+the+temperature+of+justice&sprefix=Lukewarm%2Caps%2C429

A good article to read from Martha Malamud, That’s Entertainment! Dining with Domitian in Status Silvae. This is a must read to get the full effect of the comparison of the dinner party here with the one in the book of Revelations.

I hope in the future Atwill provides more links with Archippus and Domitian because I’m riding on speculation in this essay. 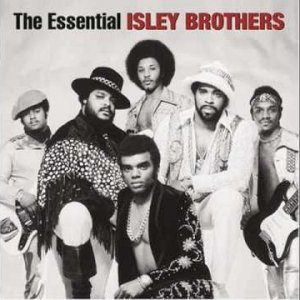