Black People : Anybody Who Take Kanye West As a Joke Is A Fool!!!

Anybody Who Take Kanye West As A Joke Is A Fool!!!

I concern not myself with Kanye West Politics, all America Politics is a Danger to the Freedom Of Black Afrikans in America not by choice, so I concentrate on the foundation of evil that has the Mind of Black Afrikans Hog-Tied To Belief, that is what prevents Black Afrikans from ever becoming Free Again In Afrika as a Unified Black Afrikan Nation, Lucifer Religion is our Number One Enemy that is preventing the Black Afrikan World from rising in Freedom again, beloved!!!

Take This Divine Truth Or Leave It, The Divine Truth Remain As It Is, Regardless Of Your Behavior Toward It, be it acceptable or unacceptable, Divine Truth is not out to make friends with you, just to reveal to you what you need to do to experience Divine Freedom again, Beloved!!!

I am not just picking on MR West, I am serious as that white racist unjust Prejudice Luciferian Human Being is at keeping Black Afrikan people in the frame of mind as Kanye West is today and he is the unquestionable personification of the definition of the ****** as defined by that white racist Human Being and its the ****** that is a prolific Danger to Black Afrikan people preventing Black Afrikans from ever to rise again enclosed in our Divine Mind, a Mind that is in Harmony, Order, and Balance when Thinking Reasonably and Logical about those things that serve as a deterrent to the Mind that freely is thinking.

Kanye West has neutralized the so call Black leadership, why have you not heard from you well shown respect to Black leaders concerning the mental illogical tantrum that Kanye is displaying under the disguise of having a free Mind, any and every believing mind is not functioning with freedom and your Black sorry behind so call leaders do operate within the range of a believing Mind.

Listen Beloved Black Afrikan Woman and Man, any Mind that is with a relationship with Religion is a believing Mind and a believing mind does not operate in the atmosphere of Freedom, and Believe is grounded in the foundation of Religion and Religion is the cesspool of manufacture fantasy being in confinement of illusion, all such mental traits are verification of a control believing mind.

A Mind that belief is of that white racist unjust prejudice Luciferian Human Being, he is the bonified opposite to Freedom, he is lock in the want to control all that he comes in contact with and with his created religion serving as a magnet that attracts the Mind being without the foundation of its natural Design, its Divinity, has the mind to be susceptible to all of the lies and deception that white racist religion peddling Luciferian Human Being is deceiving you with.

So you see, Kanye West is a religious tool of that white racist unjust prejudice Luciferian Human Being, he is a prisoner of Lucifer Religious Belief and a believing mind is not Free, beloved, it is confined to the tenents that have it believing in such an indoctrinated religious belief.

As I have shared with you before, Kanye West is a Dangerous Controllable Missile that is being guided by that white Racist Unjust Prejudice Luciferian Human Being, he is indoctrinated in the use of that white racist weapon of Mass Destruction and he is detonating that weapon in the mind of Black Afrikan people, the weapon that is that white racist Religion.

Anybody making claim to be a religious believer is under the influence of a Mind that is not Free and without freedom, you are of no worthy benefit to self and today the Black Afrikan people do nothing that benefits the collective self, beloved!!!

Let me share this Divine Truth again with you , beloved Black Afrikan people, it is our Enslaved Afrikan Ancestors Reparation/Repatriation that Represents Freedom for the Black Afrikan people and for Afrika, yet here we are, always complaining about how well that white racist is doing his job on our Mind confinement, preventing it from having the desire to have you to think to know what Black Afrikans need to do to become Free critical Thinkers again and a Free Mind is Divine and a Divine Mind Thinks with Harmony, Order, and Balance, that is what reveals the facts that verify what is Divinely True and Real, Religion is not Divine, it creates disharmony, disorder, and imbalance, it's the mantra of belief/believe, a Divine Mind have you engaged in getting to know about and not believe about what the Theology of The Divine Essence, God
Is!!!

There is no clearer evidence of Mental illness when you believe that the Chattel Slavery Victims chose to become Enslaved and taken away from Afrika their Earthly Home.

Chattel Slavery as an institution was not the brainchild of our Enslaved Afrikan Ancestors, of no Black Afrikan, such evil was conceived in the believing Mind of that white racist unjust prejudice Luciferian Human Being, Black Afrikans played no part in creating that Chattel Slavery Institution, just became victims living in it against our will. and now the today Black Afrikans refuse to act to demand payment for the evil crimes been committed against our Enslaved Afrikan Ancestors, such a spirit is likened unto that of Kanye West, beloved!!! 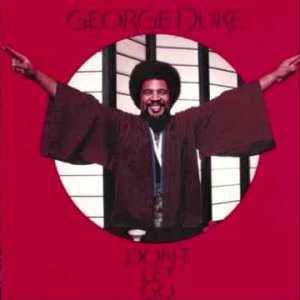