Black People : Any one heard of "THE BRIGADE FOR PURGING SLAVES, BLACK SKIN" our tax dollars fund them!!!!!!!

The Arab royal family loyalist Libyan group that goes by that (blank) name, yes that whack crap is the actual name of the "movement"
that is and has been slaughtering children, women, elderly and men,
WHO ARE REAL BLACK AFRICAN

I don't remember the 20's but,
would any one wonder about what GARVEY WOULD SAY ABOUT THIS???????

From The Wall Street Journal
September 18, 2011

The Wall Street Journal reports today that Black people have been emptied from the City of Tawergha in Libya, their homes razed, and that the words "slaves" and "negroes" are scribbled on their abandoned buildings in the now ghost town by the NATO-backed rebels.

The chilling account of ethnic-cleansing of Black people in Libya, occurring right before our eyes, appears under the headline "Revenge Feeds Instability in Libya."

These are the "liberators" that President Barack Obama, President Nicolas Sarkozy and Prime Minister David Cameron helped install in Libya to replace Maummar al-Quathafi? They all rejected an African Union proposal that would have brought a ceasefire and the warring parties to a table to create a constitution and to hold elections.

Meanwhile, the so-called "prime minister" of the "rebels" Mahmoud Jibril, is quoted in the Journal, with respect to the fate of the Black citizens of Tawergha, saying: "Regarding Tawergha my own viewpoint is that nobody has the right to interfere in this matter except the people of Misurata," who are actually the ones doing the cleansing. Surely Jibril knows that he's inciting to further ethnic cleansing.

An earlier Wall Street Journal article had reported that the Misurata unit carrying out the deed is called "The Brigade for Purging Slaves, black Skin." So we are witnessing genocide of Black people in Africa again and doing nothing. Simply because Washington, London, and Paris happen to support the "rebels" who are committing the targeted killings.

"Now, rebels have been torching homes in the abandoned city 25 miles to the south," of Misurata, reports the Journal. The Journal's reporter also witnessed the burning of "more than a dozen homes," and adds, "On the gates of many vandalized homes in the country's only coastal city dominated by dark-skinned people, light-skinned rebels scrawled the words 'slaves' and 'negroes.'"

The White House has yet to issue a single statement condemning this ethnic cleansing of Black people. Hillary Clinton's Department of State remains mute. The leaders of organizations that profess to protect the rights of Black people, such as the NAACP's Ben Jealous and the National Urban League's Marc Morial, have yet to make statements. Surely, someone must read The Wall Street Journal.
http://blackhistory.com/cgi-bin/blog.cgi?blog_id=220028&cid=10

The New York Times, the United States' premier establishment newspaper and trend-setter for other U.S. media coverage, has yet to mention the ethnic cleansing of Black people in the city of Misurata and subsequently in Tawergha.

The Journal in its June 21 article quoted "rebel" officials saying that one neighborhood that was once 4/5 Black, had been cleansed of its Black inhabitants. The Journal article reported that Misurata had even announced a bounty for the head of Black people.

The Journal reported that the deeds were carried out by "The Brigade for Purging Slaves, black skin."

The editors of The Times know about the ethnic cleansing of Black Libyans campaign since The New York Times has had several correspondents in Libya since the beginning of the civil war in February. What's more, New York Times editors and reporters read The Wall Street Journal.

After recently capturing Tawergha, the "Brigade for Purging Slaves, black skin," delivered on the promise reported in the June 21 Wall Street Journal. Tawergha, a city inhabited by Black Libyans, was pillaged and the city was razed; no one knows what's happened to the 10,000-strong population. In it's September 13 account, The Wall Street journal reported that its reporter witnessed "rebels" burning the homes. The "rebels," chillingly, also made their motives and intentions clear: on the walls of the homes whose owners were now unaccounted for, the "rebels" had scrawled the words "slaves" and "negroes" The Wall Street Journal reported.

"Tawergha is no more," a "rebel" commander declared, The Journal reported.

Clearly, the TNC leadership bear responsibility for the atrocities. The Journal reported that Jalil's next in command, the TNC's "prime minister" said of the atrocities: "Regarding Tawergha my own viewpoint is that nobody has the right to interfere in this matter except the people of Misurata."

"This is the second article detailing the specific campaign to wipe out Black Libyans that The Journal has reported on; the first article was on June 21, 2011.

Other major corporate media, such as The New York Times, CNN, and BBC, all of which to varying degrees surrendered pretense at "objectivity" and openly supported the NATO bombardments are now in a bind. They have yet to report major stories on the ethnic cleansing in Misurata and Tawergha. Rather than concede that the side they supported in the
civil war is carrying out war crimes they would rather suppress the story.

Welcome to the 21st Century; the Newspeak George Orwell feared.

Had it not been for The Wall Street Journal breaking ranks with other corporate media, this genocide might well have been concealed and attributed to a figment of al-Quathafi's imagination."

It's a shame that this nation has been like this still!

Log in
Similar threads
Black People : I heard of this organization _ Saw on TV where they are seriously helping New York
Black Spirituality Religion : THE MOST SATANIC SONG YOU ALWAYS HEARD BUT NEVER THOUGHT WAS!!!
Black Poetry : Heard a boss beat and walked across the street founded out it was CD yelled turn it up and defeat quietness, it was a heavy Impala Chevy with dubs be
Black Ancestors : When Eye Heard The News...
Black Poetry : A note is a short letter with all sorts of clever words to speak that's never heard on the street, tonight need help to climb a flight of steps to got
Health and Wellness : Millions of Americans Flood Into Mexico for Health Care — the Human Caravan You Haven’t Heard About
Black Poetry : A Voice To Be Heard
Black Poetry : A note is a short letter with all sort of clever words that you never heard its an endeavor with ver
Black Positive People : Anyone Heard of Mumu Fresh?
Black Poetry : I heard someone was looking for me...
Botswana : Quett Masire (1925-2017), the great African leader you’ve never heard of
Black Positive People : Seen and Not Heard: Black Women’s Voices Matter
Black People Politics : The Mass Deportation Of Black Immigrants That You Haven’t Heard About
Science and Technology : Have you heard about the gigantic mystery planet that could kill us all?
Black People : President Obama’s Favorite Song Choice of 2015 Is The Blackest Thing We’ve Ever Heard This Week
Black People : Are Our Messages Truly Being Heard And Understood?!?
OldSoul : Probably never heard Dr Martin Luther King say this...
Black People : Black Excellence:5 Black-Owned Companies You've Never Heard of That Make $500 Million or More A Yea
Black Poetry : My words speak, heard on streets and like a bird’s beak peck cats
OldSoul : MLK you probably never heard
Black Parenting : Have You Heard of "CICC - Effective Black Parenting Program"?
Black Relationships : WHAT HE SAID, WHAT SHE HEARD
Law Forum : Shock Probation - Ever Heard of It?
The Front Porch : Have You Not Heard....
Black People : Has Anyone Heard Of This Brother
Black People : DesteeLive! - desteelive.com - Our Own Web Conferencing Platform - Have You Seen It - Heard It?
Black People : Has Anyone Ever Heard Of This
Law Forum : NYPD Commanding Officer Heard Ordering Cops To Stop-And-Frisk Black Men
Black People : What? Have anyone ever heard of of the term Nacirema?
Nation of Gods and Earths : Peace Dear brother have you ever heard of
Audio Video Web Conferencing : Craig David Heard It Through The Grapevine Acoustic Live
Audio Video Web Conferencing : destee.tv : Sunshine Anderson- Heard It All Befor With Lyrics
Black Poetry : I Heard
Black People : Everyone's Due the Time of Day - (ever heard this?)
Audio Video Web Conferencing : destee.tv : Sunshine anderson - heard it all before
Black Women : You are to be seen and not heard
Black People : Have you heard of Plagium??
Black Money Business Jobs : Have you heard of the National Black Chamber of Commerce?
Black Spirituality Religion : Has anyone heard of Project Blue Beam - Is this the Anti Christ?
Chief Elder Osiris : Let It Be Heard And Known!!!
Egypt : Heard chess started in Egypt and by our people
Black People : Some Tea Party leaders, those who own property deserve to have their voices heard
Black People : Have you heard about this???
Black People : Have you ever heard this???
Black People : I Bet You have never heard this........!!!
Black People : Swine Flu? Oh yeah, I heard about that back in 1976, what happened??
Black Money Business Jobs : HAVE YOU HEARD
Black People : HAVE YOU HEARD OF....
Black People : HAS ANYBODY HEARD FORM THE CHIEF ELDER OSIRIS
Black People : Anyone Heard From Brother Nibs ?
Share:
Facebook Twitter Reddit Pinterest Tumblr WhatsApp Email Share Link 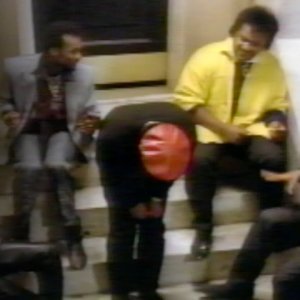