Black People : Another stolen election, this time at the hands of the Democrats?

Some leaders in the Democratic Party are playing with fire. They think
that they can betray the will of millions of voters--and choose Hillary
Clinton as the nominee, regardless of whether or not she is the choice
of the voters. We can't let this happen. It would be the largest
disenfranchisement in modern history, and it would mean the Democratic
Party giving their stamp of approval to a clear and consistent pattern
of race-baiting by the Clinton campaign.

If we make our voices heard, we can stop it. Please join us in signing
an open letter to leaders in the Democratic Party -- DNC Chair Howard
Dean, Speaker of the House Nancy Pelosi, Senate Majority Leader Harry
Reid, and all super delegates -- demanding that they reject an outcome
that involves trampling voting rights and legitimizing the politics of
division and fear:

By the time the last vote is cast on June 3rd under the rules of the
Democratic Party, it's unlikely Hillary Clinton will beat Barack Obama
among voters. But there's a chance that super delegates will hand
Clinton the nomination anyway.

This would be a shocking attack on democracy, and it would destroy the
Democratic Party's credibility on protecting the right to vote. Black
people have a long history of fighting against voter suppression, and
now the Democratic Party will be the enemy in that fight. As bad as
that would be, there's another reason that a coup by party insiders
would threaten racial progress.

Senator Clinton's plan to have super delegates hand her the nomination
doesn't make sense without a parallel strategy -- she has to stoke
enough division and race-based fear among Democratic voters to
convince super delegates that white voters will not vote for Senator
Obama in the general election. One of Clinton's key arguments to
Super delegates is that America won't elect a Black man, and therefore
she's the better choice for Democrats to beat John McCain. While
she makes that argument in private to super delegates, in public
Clinton's campaign and her surrogates are doing everything they can to
damage Barack Obama by ginning up fear and division and playing to the
worst instincts of our society. It's an insult to Black people and
all Americans, Obama and Clinton supporters alike.

The pattern has been clear and consistent to some party leaders. Last
week, according to the Washington Post, James Clyburn -- who as House
Majority Whip remains neutral and is the highest ranking Black member
of Congress -- accused the Clintons of marginalizing Black voters.
Referring to this strategy in another interview, Clyburn said that
"Nothing in this campaign has been by accident."

Congressman Clyburn warned that "black people are incensed" over the
divisiveness of the Clinton strategy and that it threatens an
irreparable breach between Black people and the Democratic Party.
He's right. And if super delegates hand Clinton a victory despite her
defeat among voters, they will be condoning and rewarding that
strategy.

Some party leaders have expressed strong concern about super delegates
overruling voters. But as a whole, super delegates have not made it
clear that they will respect the will of voters. Today, we want to
send a clear, unequivocal message to super delegates and other party
leaders: Reject the idea that the nomination can be won with a
strategy that preys on racism, sows division, and disenfranchises
millions of voters.

billary will not steal the nomination......exhale 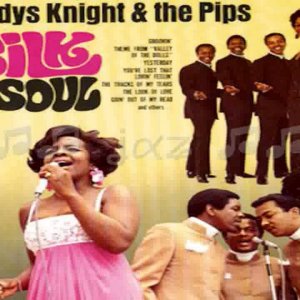