Gun control is one of the tools to start to get folk ready for complete control by the govt... ...you can't take over a people until you disarm them.

WHT ABOUT MILITIAS AND CIVILIANS WHO WILL SIDE WITH THE GOVERNMENT, THEY ALSO CARRY ASSAULT WEAPONS.
M

can't cut off the head to cure the headache.....gun control will only stop the folk that legally buy guns......I'd rather have mine and not need them than need them and not have them, can't worry too much about what the other side has just gotta run what you brung..

Please make this elementary for me. Open the link. Paste the exact link pointing only to the article so I can read that one only.

I really want to read it. I searched several of these links. Followed your advice. But I haven't come across the exact link. Talking about camps and martial law, etc.. HELP...please
Click to expand...

"Four years ago and without any hint of a dissent from any Black leader, the United States Court of Appeals based in Manhattan agreed with New York’s sinister attorney general that Blacks can be rounded up like livestock and interrogated without any regard for the privilege against self-incrimination or the Geneva Conventions.

The roundup arose near Oneonta, New York. A 77-year-old white woman claimed that a Black male had invaded her home. The New York State Police immediately compiled a list of every known Black male in the vicinity, including the SUNY campus.

For five days, a reign of terror overshadowed the area. A police sweep of the entire area became the norm. Every Black male became an enemy combatant. This is reminiscent of state-sponsored terrorism in New York City in the eighteenth century.

To be sure, this case represents a badge of slavery. A single white woman has the authority to suspend the constitutional rights of Black males without, according to the federal appeals court, offending the Fourteenth Amendment. Blacks have come full circle.

If the Fourteenth Amendment is unable to provide legal shelter for Black males from the unsubstantiated claims of an elderly white woman, where can Black men find a legal sanctuary? The answer is nowhere, including international law, since we refuse to seek international recognition.

"Federal Emergency Management Agency (FEMA) - founded 1979, answers to the President, via National Security Council. A Miami Herald article published 5 July 1987 reported that U.S. Marine Lt. Col. Oliver North, then employed to draw up national security contingency plans, often met Louis O. Guiffrido, then head of FEMA, between 1982 and 1984, to discuss FEMA's role in the event of civil unrest and the imposition of martial law. Guiffrido produced a plan for mass roundup and imprisonment of subversives, recycled from a plan he devised in 1970 for the Army War College in the event of an uprising of black militants (!)."

Black People : Ed Department might use another source of fed money to give school staff access to guns and training 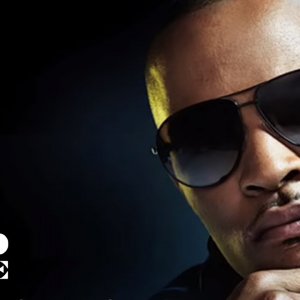