Black People : Another reason why white teachers/administration don't need to be in charge of blacks

This story actually happened 2 weeks ago, but I forgot to post it:

It's the kind of spat that flares thousands of times a day in schools all over the country. But at Public School 34 in Queens Village, Assistant Principal Nancy Miller's ghastly way of handling a minor scuffle between two Haitian fourth-graders has sparked fury. According to parents and students, Miller, who is white, chose to punish all 13 Haitian pupils in the school's only fourth-grade bilingual class - even though just two were involved in the March 16 incident. She ordered all 13 to sit on the cafeteria floor, then made them use their fingers to eat their lunch of chicken and rice, while all the other students watched. "In Haiti, they treat you like animals, and I will treat you the same way here," several students recalled Miller saying. Some of the punished fourth-graders were so humiliated they began to cry. A few begged Miller for spoons to eat. Her behavior has triggered a probe by the schools' office of special investigations, as parents accused Miller of racial bias and demanded that she and the principal be fired. One of those punished was Woosvelt Isac. His father, Sony Isac, noticed the boy was upset that night.
"He was almost crying," Isac said yesterday. "I asked him what was wrong. Then he told me, 'They put me sitting on the floor. They put me to eat with my hands.' I couldn't believe it." At the suggestion of a teacher, several children wrote their accounts of the incident that afternoon in their bilingual class.This is what one child wrote:

"Mrs. Miller made me and our classmates sit on the floor to eat our lunch. She said that we are animals and we got it from our country. ... I was hurt, and when I got to my class I told my teacher about what happened. I did not like what she said about my country."
Click to expand...

Here is the resolution

School investigators have ruled that a Queens assistant principal did force Haitian students to sit on the floor and eat with their hands as she called them "animals." Nancy Miller, assistant principal at Public School 34 in Queens Village, repeatedly denied the outrageous charges - but investigators didn't buy her story, an Education Department probe found. Miller, who had been transferred to a desk job in the district's regional office, now faces dismissal. "The investigator did not find Ms. Miller's account of the incident to be credible," school bigwigs wrote in the report released yesterday. The principal, Pauline Shakespeare, is off the hook for failing to report the wrongdoing because investigators found she was never told all of the details.
Schools Chancellor Joel Klein vowed yesterday to try to fire Miller. "This is wholly unacceptable behavior and should never have happened," Klein said. "We regret that these children were subjected to this unacceptable behavior and apologize to them and their families."
Click to expand...

I don't even have words to express how despicable this is.

I'd like to see a 'conservative-minded' individual try to justify this!
N

panafrica said:
This story actually happened 2 weeks ago, but I forgot to post it:

What da h e l l. And watch she'll get away with it...some b u l l crap..I'm mad..i cant believe this stuff..and americans got the nerve to call others terrorists and animals..when its them..smdh
P

karmashines said:
I don't even have words to express how despicable this is. I'd like to see a 'conservative-minded' individual try to justify this!
Click to expand...

It is very simple, although I'm sure there are exceptions...white teachers do not respect or love black children. They work with them in order to collect a pay check & because they aren't good enought to work in the schools of their choice. I am in the school system & can say that if you don't love the kids you work with....you don't belong there!

Black People : Another Reason Brother Ali Is 'The Greatest' Among Us All!

Black People : ANOTHER REASON FOR REPARATIONS
2 3 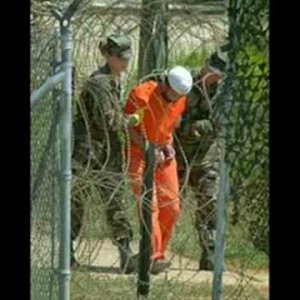