river said:
Okay I will go back to see for sure if he made that qualification.

Yes, I understand about the Neters/Neteru.

Now what is the difference between the primal cretor-Neter and the Supreme cretor-Nebetcher.

I am full of questions, Brother Sek. As inquisitive as a five year old. Thanks for your patience in answering them.

For now I must to bed and up at five fifteen in the morning. But I'll read it again tomorrow.
Click to expand...

THe primal creator is NeBetcher, Ra is a primordial God, the same is true of Nun and Atum. But these are Neters, they are extensions or functions of Nebetcher.

Are you saying that Neter and Nebetcher are two names for the same primal cretor or are there two primal cretors?

This is what Ashby says about Neter

"Tantra Yoga is a system of Yoga which seeks to promote the reunion of the inndividual with the Absolute Reality, Neter (God), through the worship of nature (Neteru)" pg 65

"Neters or God principles emanate from the one Suprem God, Pa Neter" pg 67

And he says that Ra came out of the primal waters and started sailing the Boat of Millions of Years on which the Neters emerged.

Hmmm Bro, I'm ready to be reunited with the Supreme Creator through acknowleging my oneness with nature but not worship nature.

Well anyway, I can still understand the esoteric principles within these myths, And at least it doesn't contain the blood and gore of the bible and the exoteric myths don't stand in the way of the esoteric truths by pretending to be historical.
If you've been wondering where all the Black fantasy writers are, be sure to check out:
Rhonda Denise Johnson The Writer who Paints Pictures with Words

The cover for The Crossroads of Time was designed by Brotha Rapchild, a professional graphics designer, and video editor for the above trailer.

"NTR" (Neter) is the name designated for God ("Supreme Being"). "Ra" is the life force that exist in all things.

The term "Netcher" is basically the same as "Neter", just that different egyptologists pronounce the words differently. Keep in mind that in the Mtu Ntr, there are no vowels. So, the word in the script would be written as NTR.


I hope this helps.

He's correct in stating that Ra emerged from the waters of Chaos, Nun and that from Ra, the ennead emerged. In this aspect, Ra constitutes a doorway so to speak for the neteru.

You may note that Ra emerging from the waters of chaos, by means of the the God Nefertum, can be related to the components that produce Atomic energy, namely Plutonium(water) Uranium(earth) and fire(The sun)

G
Black Spirituality Religion : There will come Another who will Speak a Different Doctrine
2 3 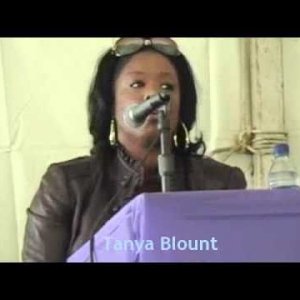