Black People : ANOTHER GRAVE PROVOCATION: A Sign of Another Nuclear Test? North Korea

This news just broke about nine hours ago on Yahoo News, but there were earlier reports that hit yesterday and on April 8, 2012 about this information. Posted too, are a few other reports that hit the news over the past week or so in regards to yet another possible weapon that the North Koreans are constructing and reports on the reactions of the United States, South Korea, and Japan on these issues. My immediate thoughts when I first read these reports are on the other news events that have been reported in regards to the racist killing of a Florida teen, Trayvon Martin and other related Hate Crimes that have also been recently reported.

While our government is dealing with these outside threats of security, meanwhile within our system we as Black African Americans are expected to endure this kind of hatred that has been allowed for so long and wait patiently on this government to address these issues. Just yesterday news hit about a digital sign that made a remark about the slain teen of which flashed in bold letters ‘the N word’ in Dearborn, Michigan and there are countless remarks made on this wise about an innocent young man who has just been murdered by the son of a White Jewish judge and an Hispanic mother. We, as Black African Americans, are expected to support a government through paying our taxes and etc. that breeds these evil racist people, like that judges son, Zimmerman, many of whom not only attack and have made evil remarks about this slain teen who has just been slain after only walking through his neighborhood around 7:00 P.M. headed to his own house unarmed, stocked, and then gunned down. We are expected to exist in peace alongside these evil racist who not only make awful remarks about this dead teen while his mother is grieving, but they make racist remarks against the president as well but just as soon as our system becomes threatened, these same kind of people would have the nerve to expect the American government to protect their rights…to be racist, do hate crimes under certain acceptable pretexts and walk around for weeks as free citizens without even being arrested while our government investigates… Smh.
_________________________________________________________


North Korea is digging a tunnel in apparent preparation for a new nuclear test, according to intelligence reports.

Satellite images have depicted mounds of earth piled at the entrance of a tunnel at a site in Punggye-ri, in the north east, where two nuclear tests were conducted in 2006 and 2009.

Observers fear that the new tunnel could indicate the state's intentions to conduct a third underground nuclear test. A report compiled by South Korean intelligence officials read: "North Korea is covertly preparing for a third nuclear test, which would be another grave provocation….
http://www.montrealgazette.com/news/North+Korea+digging+tunnel+third+nuclear+test/6429796/story.html

North Korea's long-range rocket, scheduled to put what it says is a satellite into orbit next week, has been installed on its launch platform.

North Korea organised an unprecedented visit to Tongchang-ri space centre to show that the Unha-3 rocket is not a disguised ballistic missile, as claimed by the United States and their allies, notably South Korea and Japan.

"To say this is a missile test is really nonsense," said Jang Myong-Jin, head of the space centre. …

…The journalists were able to observe the rocket, painted in white with sky blue lettering, installed on a platform ahead of its scheduled launch sometime between April 12-16.
http://www.telegraph.co.uk/news/worldnews/asia/northkorea/9193035/North-Korea-completes-assembly-of-rocket-at-launch-pad.html

North Korea has threatened retaliation and "merciless punishment" against any country that shoots down the long-range rocket it is preparing to launch this coming week.
By Danielle Demetriou in Tokyo
7:50PM BST 07 Apr 2012

Japan and South Korea have put their armed forces on standby in response to North Korea's plans, prepared to shoot down the missile if it passes over their territory.

…However, the United States, Japan and South Korea believe that in reality it will be a ballistic missile test in violation of UN resolutions.
http://www.telegraph.co.uk/news/worldnews/asia/northkorea/9192301/North-Korea-threatens-merciless-punishment-as-it-readies-rocket-launch.html

North Korea is preparing to unveil a new long-range missile that is capable of striking targets in the continental US.
By Julian Ryall in Tokyo
9:27AM BST 03 Apr 2012

…Analysts estimate the weapon to be around 130 feet long and, equipped with a more powerful booster unit, capable of delivering a warhead more than 6,200 miles.
http://www.telegraph.co.uk/news/worldnews/asia/northkorea/9182604/North-Korea-preparing-to-unveil-missile-capable-of-striking-continental-US.html

edited; graphics
***The Star of Bethlehem***

Tunnels in North Korea & it's relationship to 'the Middle East' 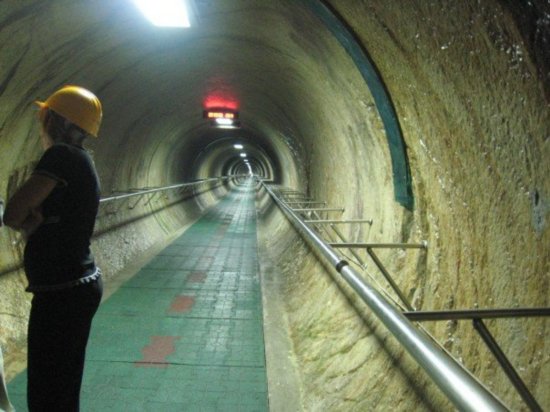 The North Korean-Iranian cooperation in Lebanon is an extension of North Korea and Iran's conflict with the United States and its allies, a cooperation that also includes the provision of long-range missiles and nuclear research to Syria.

…As for the tunnels, North Korea had 50 years of experience digging tunnels under the demilitarized zone (DMZ) between North and South Korea, some 500 feet deep and two miles long...

…The description of North Korean tunnels and cooperation with Iran are based on fact. The picture above is of weapons stored in a Hizbullah bunker in southern Lebanon.
http://lennybendavid.com/2010/07/hizbullah-tunnels-under-border.htm
l

Well, here there was a big deal made out of North Korea's launch and then, failed launch but I just happen to hear on the news channel, BBC, as I was browsing that after North Korea, India also launched a long range missile, but for some reason there did not get the negative press like the North Koreans did. Anyway, here's some further refereces to this recent event:

NEW DELHI -- India's successful test of a powerful missile that can carry nuclear weapons to Beijing caused barely a ripple, even in Chinajust days after North Korea was globally vilified for a failed rocket launch. The vastly different responses show the world has grown to accept India as a responsible and stable nuclear power, while shunning North Korea.


…The muted response to yesterday morning's test underscores how far India has come in gaining acceptance for its nuclear program. After India tested its first nuclear bomb in 1974, the United States put it under sanctions for a quarter century. But last decade, those sanctions were removed and in 2008 the United States ratified a landmark deal to allow civilian nuclear trade that effectively accepted India as a nuclear nation.

Agni-V missile, with a range of 3,100 miles, requires a battery of tests and must clear other bureaucratic hurdles before it can be inducted into India's arsenal in a few years. -- AP 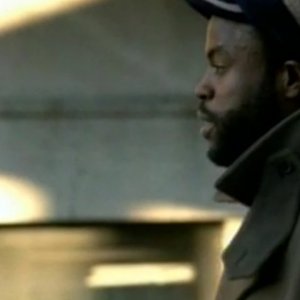