novek said:
As someone else said, I also have 0 problems with it. I may not like the means by which they are going about it but it's a good way to weed out some of the trolls.

Maybe this well get us off the net and back to more tangible discussions.
Click to expand...

what exactly is a "tangible discussion"?

novek said:
As someone else said, I also have 0 problems with it. I may not like the means by which they are going about it but it's a good way to weed out some of the trolls.

Maybe this well get us off the net and back to more tangible discussions.
Click to expand...

It's also a good way to weed out human rights, freedom, and functioning democracy too if this kind of thinking is applied to the Internet.

Back in 2007/8 on Blackvoices.com.. I made some predictions about the future of the Anonymous Internet. I watched how the Obama Campaign effectively countered the deeper-pocketed republicans with low-tech, homegrown networking.. I saw million dollar campaign ads debunked with 10 minute user-created youtube videos.. and I saw how much money they were able to raise online.

I said back then that, if Obama wins this election, we're going to see a full out war against the internet.. and I was right. The Internet you see today is vastly different than it was in 2007.. the anonymous internet has been gobbled up.. and slowly but surely every major site and email service is requiring that you link your online identity with your offline identity.

The Huffington Post's new commenting policy is the latest example of the shift away from the wild wild anonymous internet.. and along with that.. an implicit attachment of possible consequences for things that you say.. positions that you take..

It's important for you also to recognize that this represents a social contextual shift with regard to the Internet and it's standard for discourse.. and once the context shift is complete.. everything you have ever said will be re-evaluated through the shifted lens.. and you will be labeled whatever the new interpretation of your past comments makes you... and not just to people online.. to employers.. to law enforcement.. to government.. to community.

It's my suggestion that those of you that have been on the internet for 5 or more years.. that you take this opportunity to start anew.. and disconnect yourself from anything that could be misconstrued as hateful.. or intolerant.. or whatever. I know alot of other folks that are fighting the shift.. and refusing to change anything about their online behavior.. but it's my opinion that that is not going to end well for them.

There is a new world being born online right now.. and it does not include anonymity.. and it does not tolerate intolerance.. and it won't understand the context of the black internet circa 2005.. it won't understand the hyperbole.. and the figures of speech.. and it won't accept your reasons. In 2014, it's time to update you rhetoric.. and update your behavior: If you wouldn't stand up in the town square and say it in front of everybody offline, don't say it online either. If your point of view will come across as racist.. as hateful.. as anything that could interfere with your ability to work.. and thrive.. don't write it.. don't say it.. don't comment on it.. don't like it.. just walk away.

The anonymous internet is virtually dead.. and dying more and more every minute..

It's time to clean up your online house.. and adjust to the new reality.

ARTICLE: Turning the Page on Anonymity: The Future of HuffPost Comments

Maintaining a civil environment for real conversation and community has always been key to The Huffington Post. From day one, our comments were pre-moderated, and we invested in the most advanced moderation technology along with human moderators.

Now, as Arianna Huffington announced earlier this year, we're going a step further to evolve our platform -- which has always been about community and engagement -- to meet the needs of the grown-up Internet. On December 10, after weeks of fine-tuning our commenting technology and platform, we are pulling the switch in a way that will keep the best parts about commenting on HuffPost while bringing more civility and accountability to the experience.

I have only one problem with your post, and that is you think this was Obama's doing, or he is the genesis of it. I use to hack games, and downloaded ,lest just say software that was not meant to be downloaded. And trust me when I say this started way before Obama was in office, you'll be surprised how much is block by overseas governments now that soapa has passed. I also have noticed that many sites are asking you to join, where as before, you hopped on, did your thang, and wished everybody a good day.

Here is what happen to a site that I joined. I was able to get the Temptation Anthology set for $2.50. Now I know it deals with a shut down, but it is connected with the thread subject.

Offical legalsound response:
"We are terribly sorry, but due to recent changes in Russian Federation legislation (Anti-Piracy Law, wich came into force August 1), we can't continue offering you our service. Thanks for all of you, who supported legalsounds.com through these years"
Click to expand...

skuderjaymes said:
indeed.. it will be... it actually already is.

Science and Technology : Free Internet, Connectivity Issues and More Due to Covid19 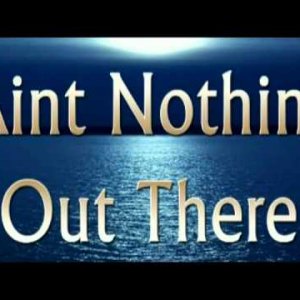