I found her take - a little true - though I don't agree with her on pretty much nothing - I have to say that I actually agree with her on this video. I haven't found it on youtube yet so I will just post the link.

ru2religious said:
I found her take - a little true - though I don't agree with her on pretty much nothing - I have to say that I actually agree with her on this video. I haven't found it on youtube yet so I will just post the link.

I have to agree as well.
Building A Global e-Networking Community Focusing on Black Genealogy/Family History and the Cultural/Spiritual Traditions of African people worldwide. EWOSA Village @facebook.com. Follow my blog at http://blkrootsworker.blogspot.com/?m=1

I have taken her advice

omowalejabali said:
I have to agree as well.
Click to expand...

lol - did you pay attention to Bill opening question? He said, "why did you say that" with fear in his eye and voice - he did NOT like what she stated until she went further into the details of her republican views - she made it hard for him to debate it ...

Well, I think that generally But this was specifically in reaction to the Trayvon Martin case. And I won't be like some other in the media and claim to -- and jump to conclusions on it. We are going to have a trial but I was just making the point that if what a certain network I could name not Fox is claiming happen that George Zimmerman stalked this young black child just because he was black shot him dead in cold blood.
If that's the case well, the reaction isn't the conclusion they're coming to on the left which is oh, we need more gun control. Gun control laws have been used historically, they were -- they were to keep guns out of the hands of blacks and it was the Republican Party and the NRA that has always supported
arming blacks in order to protect themselves from the democratic Ku Klux Klan.

I don't agree: that we need to fully bare arm, but become more aware and use our knowledgable minds on a thinking
to un-arm america.....for this will become not a war but a battle of life for life !
I think guns need to be out-law or become an out-law for these arms take lives , lives of young and old mothers and
fathers, sons and daughters , not only blacks but the humanity of life they destroy , it's a war on gun violence of america
that has target the communities of blacks / african-american , it is my hope and fight to do so by taking it to the highest level
with a voice of millions, we have to really look at it in a whole and know that we put these people in position of power by not
voting ! we gave them power to destroy us now we can take it back to them with change / voting them out the seat !

GUN violence : Killer G all this would do to bare arm to fight the system one that is well straped would be a blood bath on
the american soil , Now i agree to be a defense for self-and family safty against any harm , we will no longer accept these
conditions / our fight is to take back power we gave / seek equality/respect and better Opportunities to helping the poor break
the cycle of poverty , fight for better resources to create jobs and better living instead of killing wit the eye for an eye mold. 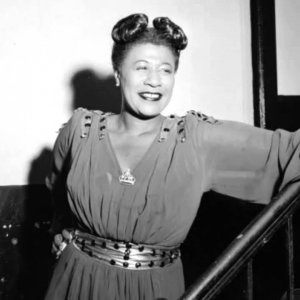