Enejoh said:
Africans home and abroad are ignoring the fight for Africa by europeans, arabs and asiains led by china. Language should not be a barrier if the will to contribute is there. Our family in the US, the Caribean and elsewhere outside The Motherland got alot to contribute if we can go past the media whitewash of Afreeca by dishonest thieves reporting their manipulations as news about us. Europeans have been in control and will be untill we take action to change the situation, lots of jobs for Afreecans willing to use their creative powers as jobs are not only in offices and hotels.
Click to expand...

I agree that language should not be a barrier but in reality it is. But that didn't stop the Soviets or Cubans from supporting Angola's independence movement which waged a successful armed struggle. The main barrier is ideological, as I stated before the MPLA government is a socialist state and ruled by a communist/Marxist-Leninist party. Many Black Americans supported the wrong side in Angola which makes many suspect. That is not and easy obstacle to overcome.
Building A Global e-Networking Community Focusing on Black Genealogy/Family History and the Cultural/Spiritual Traditions of African people worldwide. EWOSA Village @facebook.com. Follow my blog at http://blkrootsworker.blogspot.com/?m=1

Most African-Americans who repatriate or do business in Africa usually do so in either Ghana or South Africa. Maybe that will change but I don't see it happening in the near future.

Then, the MPLA government is not only one of the most progressive in Africa, it successfully deafeated united states imperialism in the 70s so many Americans are still suspect unless they work with the government. Some of the most economic growth in Africa is occurring in countries such as Angola, Namibia and South Africa which are ruled by socialist or communist political parties and many Blacks in the united states have been scared off by the cold war era politics which still got us frozen out of African development.

Just take a look at the current thread dealing with where is a safe place for us to go if we leave this country. Very few are even thinking about emerging African states.
Click to expand...

English is a lingua franca. Plus you have the advantage of being black. Angola is a former communist country and is no longer anti-Americans. I'm sure Afro-American will do well there. A teacher could find a job at a university teaching English etc. It's worth looking into it.

Besides, there is also Ghana that is experiencing an economic boom.

SlickBeast said:
English is a lingua franca. Plus you have the advantage of being black. Angola is a former communist country and is no longer anti-Americans. I'm sure Afro-American will do well there. A teacher could find a job at a university teaching English etc. It's worth looking into it.

Besides, there is also Ghana that is experiencing an economic boom.
Click to expand...

I agree that Angola is worth looking into but in terms of English being a lingua Franca as you call it i know people who have worked there and won't deny the fact that English speakers are not there in large numbers.

SlickBeast said:
It would be hard for an Hungarian who doesn't speak Portuguese in Angola. Your best bet would be Australia. There is job here in your field.
Click to expand...

The tourism business is mostly in english, even here in Hungary where lots of german tourist visit us every year. But i understand what you are saying. Now i would never consider living in Angola as good as it look in that video, they didnt show the negative aspects which is a fairly important issue for people wanting to move elsewhere. Also I specialize in hotel management and urban tourism and Africa is more of a ecotourism destination.

I think Africa desperately needs something like Dubai to make a mark in the tourism world. In Europe you have all the big capitals like Paris and London. In Asia you have Tokyo and Shangai and Hong Kong. America has New York and Sao Paulo and Buenos Aires. And the arab countriest have Dubai. I dont know, maybe im wrong, but i cannot think any african city that has that kind of status. Who knows, maybe the next boom will happen somewhere in Africa. It does not take a lot of time really, just look how fast Dubai grew in like a decade or less, very impresive.

I read a lot about what is going on in the world, i like to be informed. Recently i read about this tiny country in the west coast of Africa called Equatorial Guinea and it has big oil deposits, kind of like U.A.E. Maybe that is the place where there could be a boom in urban tourism, but i have read that the goverment is super corrupt and it is practically a dictatorship, so what im saying probably will never happen.
You must log in or register to reply here.
Share:
Facebook Twitter Reddit Pinterest Tumblr WhatsApp Email Link 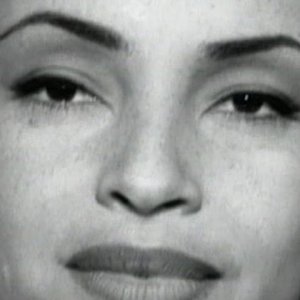