Black Afrikans In America Does Not Know How To Analyze And Evaluate White Folks, We Desire Only To Integrate To Assimilate With Them!!!

There Need To Be A International Revolutionary Movement For Freedom For Afrika And Black Afrikan People To Be In Afrika!!!

Today Negroes live only to be along and go along with white folks and our demonstrated behavior toward Trump verify that we negroes take no pride in Thinking we just glorify in believing in that we have been indoctrinated to believe, as we are constantly educated to be a tool for white folks on all level of the social, political, economic, religious spectrum as been created by the white racist prejudice oligarchs, from low to extreme levels of Devilish, Satanic, Luciferian Human Beings classification of the created civil governmental construct been established by Lucifer himself along with the female presence of Lucifer, all things comply with the law of Duality opposites, Good-Bad, Acceptable-, Unacceptable such is the motion ( Life ) granted to living variability. in performance.

I have made it very simple and plain how I view and relate to white folks and I do so with prejudice and suspicion because I am justified in doing so based on the historic experience been recorded based on white folks demonstrated racist prejudice spirit been and being acted against the Black Afrikan Race!!!

My Mind is Divine in the way that I see white Luciferian Human Beings, they have made it plain in their schooling indoctrination of the educated world belief about Afrika and Black Afrikan people and just like based on their educated indoctrination belief about Black Afrikan people which has white people not to have a conscious of condemnation about how they view Black people the same I have no conscious that condemn me about what I know to have been the experience Black Afrikans has been treated evilly by white racist Luciferian Human Beings and the proof that racism and unjust prejudice is still active in the racist mind of that white Luciferian Human Being is the fact to this day there has been no justice given to our Enslaved Ancestors for the crime that white racist has committed against our Black Afrikan Enslaved Ancestors, a crime committed to this day has not been punished.

So you **** right I have no compassion for white folks who can and do walk around knowing that their ancestors are indebted to our Enslaved Ancestors and raise not a voice of condemnation in support of the paying of our Enslaved Ancestors Reparation/Repatriation as they invoke the restraint of time limit on such an evil as the Chattel Enslavement of our Afrikan Ancestors.

And here you Black Afrikan Americans are allowing your attention to be guided by the racist liberal so call the democrat mind of that Luciferian Human Being your Black behind being attracted to focus on Trump as if Trump is the potentate of evil against Black Afrikans, if you want to focus on the potentate of evil against Black Afrikan people then focus your attention on that white religious potentate the pope, he who serves to be the white world religious conscious in the presence of their created God and even he will not touch the issue of Reparation/Repatriation for our Enslaved Ancestors and I am here to remind you that the sin of omission is just as great as the sin of commission and that pope wears the mind that generates the spirit of racism and prejudice against Black Afrikan people as long as he ignores his responsibility to right the wrong the catholic church is guilty of in regards to the activating the institution of Chattel Slavery.

The Negro Afrikan is so mental handicap to the extent that we serve to be our greatest problem that is standing in the way blocking our Enslaved Ancestors from collecting their Reparation/Repatriation, Freedom for Afrika, and the Black Afrikans to be in Afrika.

Not one but all white Folks are racist drunk with prejudice against and about Black Afrikan people, it is the white world who did profit from the Enslavement of our Afrikan Ancestors and did colonize by dividing up the Land of Mother Afrika, the act that cemented the divide and welcome the tribal division of a once One Unified Universal Divine Black Nation, so you **** right I express my mental freedom by showing my anger toward the hypocrisy of the white world and here our no thinking Black *** classifying and catagorizing the King and princess of Evil of the white racist prejudice world and the ****** as defined by white racist has that audacity to show no demanding emotion to and against white folks for all of the evil been done against Afrika and Black Afrikan people as our Black Afrikan behind hold up Trump making claim that Trump is our problem when all that we are doing is hiding behind Trump as we know that it is Black Afrikan people that is our greatest problem as long as we allow America to go without paying to our Enslaved Ancestors their Reparation/Repatriation which is Freedom to Afrika and Black Afrikans to be in Afrika.

******* you are and you do not know how to analyze and evaluate white folks because Black Folks are too caught up in wanting to emulate the Devil, Satan, that Luciferiah Human Being as we bow in submission to Lucifer Religious God calling on Jesus for help in a time Black folks need to help ourselves.

You Can Take This Divine Truth And Act On It Or Leave It Alone And Remain The Foolish Afrikan we have been made to be today!!

I shared With You That I Am Not Here To Be Your Buddy Not Your Friend In The Condition That We Black Afrikans Are In, But I Am Here To Share The Divine Truth With Black Afrikan People And Maybe, Just Maybe, Something Of A Greater Good Can Come From Such An Act Of Sharing The Divine Truth With And About The Evil In and Of Lucifer World, Which Requires For The Black World To rising Again In The Glory Of Our Universal Freedom knowing the power of collectivism over the weakness of individualism!!! 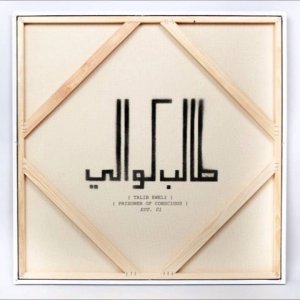