Chief Elder Osiris : An Indiscriminate Message About The Divine Being ( Black People)

An Indiscriminate Message About The Divine Being ( Black People)


Beloved, I am inclined to share this information with you at this Time and because of the fact we have been told to believe self debasing things about our Ethnicity, and because we have been conditioned to believe what is told about our Ethnicity, we being an Ethnic Group upon this planet which has been made to become confused about who such a unique Group represent among the world stratum of various people upon this planet, which is separated into primary and secondary groups of Ethnicity, considered to be the world society, civilized upon this planet today.

Now I know what I am about to share here will not be received in the Divine Mental Spirit I am receiving this information to share with you in particular, you the Unique People of Natural Ethnicity referred to as Black so call Afrikan people, you of whom I will refer to as being, in this message to you, the so call Black Afrikan, residing upon this planet referred to as Earth.

I use the term referred to, because today, everything today has been made to be not as it appear to be, so n actuality we are unable to know what we claim to believe, assigning what we claim to believe to be what we know, a mental maneuver that has been caused upon us without knowing the difference in knowing the deceit of trusting in what is claimed to be believed, as opposed to the need to be trtrusting in what is required to be known about all that has been labeled to be God, Universe, Spirituality, Mysticism, Nature, Prophecy, Dreaming, Vision, and about the Body self of Life.

Beloved, we now are in a Window of Time that require for us to know of those things we have been given cause to believe about all that has been told to us, and about all that we look upon and to now know about, and as the subject indicate, this is a Message in particular to the Black Afrikan People, to use the phrase to identify you, and is a claim of identity we have been allowed to learn to accept that which refer to us today, to be Black people, the most common use of a people who are of a Divine Genetic Descender.

So you see, Racial Superiority insinuation is not intended, because the focus is not to be on Race, but upon the Universality of a Being, of whom you who now refer to ourselves as Black people, is a Descendant from, as all Beings are a part of that which we commonly have learned to accept to be the Universe, both Infinite and Finite.

Now, allow me to call your attention to the fact that when ever there are topics of extreme importance under discussion in the World, the one Ethnic group that is excluded from being solicited to be Thoughtful participants are excluded.

Mind you now, I refer to not believing opinion, but of Thoughtful Thinking Ideas, and on that level of Mind participation, Black people in comparison to those other Ethnic Various Groups that are well represented are excluded from consideration to participate in such discussions, therefore there should be a particular serious concern coming from Black Afrikan People for such a behavior shown toward us in that manner.

Now, some of what I will be sharing with you, some of you will be familiar with, some will express a denunciation ot what I will share, all because you have been made to believe to be the fact concerning the information you now use to communicate to others about events of happening that affect our lives, both physically and esoterically. (externally and internally)

Beloved, among the various ethnic groups in the world, many have an ancient tradition that can be about their past lives experiences on this planet, about things that can be as is accepted to be, historical verified, with DNA tracks to follow back into their past events of experience of Time, but not you the Black Afrikans.

You see, our DNA tracks have been so invaded to to the intrusion they become so fragmented to the point that all of that we lay claim to be about us, lack so call Afrikan verification and is not as accurate as the DNA tracks of other ethnics groups whose history we have come to revere more so than our own.

All because we have no Continued Tracks that can be physical and literary traced and identified without a doubt to be identified to be exclusive our own, DNA tracks that are undeterred and undaunted yes.


Now, since that is the Divine Truth about our earthly experience without clear and unconfused assurance concerning our appearing upon this planet which we refer to as Earth, and we not needing to integrate and assimilate our primitive coming to this planet, then the only sure way we have of knowing of our Divine past mental skills, and magnificent contribution made by our primitive Divine Cosmic Ancient First Way Ancestors, is by being able to call up within us those mental capabilities that will qualify us to see and know the answer to the question we have about the Divine Essence, both Universe, and about the Divinity of our Body Life self.

Beloved, so call Egyptian history is not, is not a primitive representative of our Divine primitive life activity upon this planet.

so all other cultures of Ethnic participation on this Planet is not to be claimed by us to be our own, concerning our primitive action of life that is a verification of our life experience on this planet.

So no, all historical Ethnic groups, their claim concerning their Ancient Ancestors contribution and warning to this planet world about what is to come, such is not to be made claim of by us, claiming it to be that of our Ancient Cosmic Divine Primitive First Way Ancestors Divine quality of past information, as told to us, left for us to discover, know, and see today.

You must come to see and know beloved, Truth in part is not Truth at all, because Divine Truth come complete, it leave no room for confusion or speculation, it i s the way it is, or it is not.

Beloved when Divinely seeking for the Divine information left to us by our Divine Cosmic Primitive First Way Ancestors, we should not allow the perception of Religion to enter such a Divine Mental process, because if you do, you break the DNA cycle that is refreshing your Mind Memory activity, and when you do that, then the information you make claim to be from your Ancient cosmic Divine Primitive First way Ancestors are tainted information, because all Divine Information pertaining to our life experience upon this planet, must come from our Ancient Cosmic Divine primitive First Way Ancestors, in order for it to illuminate the Divine Truth about the Information you are making claim to be in possession of, beloved.

So, you must come to see, when sharing Divine information, there is no need to contribute such Divine information to anyone but our primitive Cosmic Divine First Way Ancestors, nor should we be making claim that certain instruction about our life requirement, nor about what is to come from the Universe happening, making claim that such information come from an intermediatary of mankind upon this planet in the immediate of Time we now occupy, that is religion sensationalism beloved.

Beloved, such a claim about such information is flawed, because it carry the pattern of a religious structure of doctrinal imitaton and persquasion, and when dealing with Divine information, informing about what is to come and about what certain prediction made by other Ethnic Groups and its meaning, and when it is to take place and how it is to come to happen, or what Nature spirit reveal and what it signify that will and does have an effect upon this planet and upon your life, then you are contributing such information using a religion paterrn base, then know, such informational claim is worthy to be question and to be dismissed.

Beloved, the proof of the Black Divinity is the fact that yo are never included when the discussion is about the Divinity of the Divine Essence, the Meaning and purpose of both Universe.

Yes this is about your Black life and this is not to imply or incert Race in a classifying way, it is about Divine Revelation about who you are and the way you are treated in the world, whichis to be of no significance to anything requiring the use of Divine Intelligence to make contribution about things the world have questions about.

Therefore, I share with you that which I have been allowed to see and know, and I share about you those things that you need to correct, that is if you desire to play a part in what is about to come to this planet in a significant way that could, if you are in a state of Divine mind , maybe alter certain spirit of Nature, because you do not know and you can not see you Black people having the potential of saving many lives in and of the world, and maybe change the course of Nature Spiritual happening.

Now to you who are steeped with a religious Lucifer Mind, this which I am sharing with you seem very remote from being possible for you to perform, all because you no longer have the knowledge of Genetically connecting with the Gods our Ancient Cosmic Divine Primitive First Way Ancestors and it is all because you Black people been made to believe that there is nothing of a Greater Divine Spiritual Good that can come from the Mind of Black so call Afrikan People, such is told to you by Lucifer, your oppressiors and you have been made to believe such erroneous information about our Black Selves, is profanely True.

Now this I am sharing with you is without an emphasis on Race, it is on a people who had no decision in the way that you are formed to appear in the Universe and because of that fact, you are a people without a pattern that can be duplicated, imitated but not duplicated, the same Divine Truth and Reality apply to the the Divine Infinite Eternal Space Darkness, an Ethreal Divine Energy Intelligence with the power to produce Light our of that which is Infinitely dark.

So when I share with you Black so call Afrikans that you need to take your Mind into a Divine Spiritual Retreat, you do not know why I share something as important as that with you, and it is all because you no longer know your relationship to the GOD of the Universe, the Divine Infinite Energy that is the Essence of the Infinite Darkness, an illumination that is so powerful until it magnify the Divinity of Its Intelligent Darkness, a pattern from which you so call Black Afrians Eminated out from, Divine Information Lucifer do not want you to know about, therefore he prevent you from Thinking Divinely of your Black self, beloved. 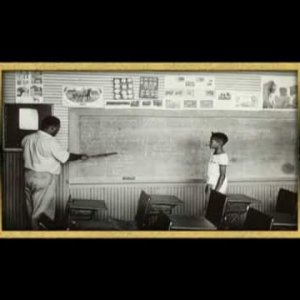