Black People : An 'affair' with white sheriff's daughter, drugs and claims of a race crime cover-up...

"...Disturbing death of American Idol star's brother who was found naked, with his tongue missing and throat slit on Texas ranch"


Alfred Wright's body was found half naked and mutilated in woodland ​
18 days after witnesses claim the 28-year-old 'ran off' from a store after​
his truck broke down in Hemphill, Texas. ​
Police called off search after four days and claimed his death was ​
'classic' behavior of a meth addict. Alfred's family claim the Sheriff said​
the search was getting in the way of his hunting. ​
The state autopsy found 'no sign of trauma' on his body from which his ​
tongue, left ear and eyes were missing and his throat cut. ​
But his devastated family believe the married father-of-three and ​
brother of Savion Wright, American Idol finalist, was victim of a 'hate​
crime' and are claiming a cover-up. ​
A second pathologist found 'high index of suspicion of homicide'. ​
Alfred has been romantically linked daughter of sheriff investigating ​
death. She denies it. ​
Such is the frenzied climate of suspicion and rumor that even a silver ​
dime found close to Alfred's body has led some, including his family, to ​
believe it was placed there deliberately. ​
Here, MailOnline investigates this very disturbing death​
When he saw the angel wings tattoo inked across his son’s lifeless back, Douglas ​
Wright felt a twist of bitter relief. He had found him.​
He turned to see a Sabine County Sheriff’s officer pushing through the small ​
search party to take control of the scene. Rage rising up in him Mr Wright stood ​
in the misting drizzle and blocked the officer’s path. ​
‘You don’t get to touch him now,’ he said. ‘You don’t get to have him.​
Y’all gave up on him.’​
Today, giving up remains one thing that the Wright family refuse to do as they ​
fight for answers in 28-year-old Alfred Wright’s mysterious disappearance and ​
death.​
The older brother of Season 13 American Idol finalist Savion Wright, 21, Alfred ​
was found dead on 25 November 2013 - face down in the Texas mud on the ​
outskirts of the small town of Hemphill.​
Read more: http://www.dailymail.co.uk/news/article-2568673/EXCLUSIVE-An-affair-sheriffs-daughter-drugs-claims-race-hate-crime-cover-Disturbing-death-American-Idol-stars-brother-naked-tongue-missing-eyes-gouged-throat-slit-Texas-scrubland.html#ixzz2uXhBWSvu ​
Follow us: @MailOnline on Twitter | DailyMail on Facebook​

d@mn demons....smh
the more things change the more they stay the same....


Brotha's, especially those in the south: Think before you run with the pink.

Black People : Clinton and Al Qaeda ... It's a Family Affair

Black People : My Love/Hate Affair with My Country
5 6 7

G
Black People : Family Affair: How Many of us have a Black Library in our Homes? 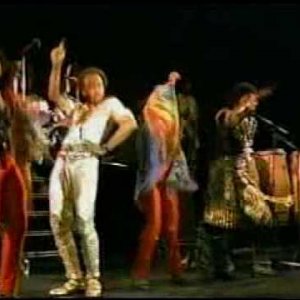