That seems especially important in America because there the idea of white supremacy, constructed to legitimize slavery, didn't fade out there with abolition. Because they enslaved you, you have become part of their history and the other way around. It would be a good thing if that was one and the same version of history.

If you want history lessons to be relevant you have to take the self centric perspective and look at your own society. Do you really want the African perspective?

It seems to me from the African perspective the transatlantic slavery wouldn't be very relevant, the rape of the continent happened mostly after slavery.

You would learn a lot about all kinds of African civilizations, their wars and their slavery, and colonization, which learn you very little about the society you're in today.

But the Arab slave trade has had little impact on today's American society, nor has the African on African enslavement, or the enslavement of white Europeans by white Europeans, or by Arabs, Ottomans and Barbary pirates (North Africa), not to mention all slavery in Asia, pre Colombian slavery in the America's or today's slavery in Africa.

It's only the Atlantic slave trade and American slavery that shaped your country and that's why it's history should be taught in your country and it's a good thing if white Americans are obsessed with it.
/QUOTE

PEOPLE, what is the point of continuing to exist in DENIAL of the so all-pervasive WAR non-whites generally, people of African ethnicity specifically are still frontline soldiers in whether they want to fight or not, as highlighted by their so desperate flight from the natural resource-rich but consistently poorly led and inadequately secured poverty-stricken shambles that is the norm in our communities and countries in both the African Diaspora and Africa TODAY?

When WE don't educate/rationally program ANY/ALL of our people to consciously acknowledge our African ethnicity [as opposed to alleged Blackness/how BLACK is Halle or Barack] as a blessing as opposed to a curse; aren't we extremely unlikely to even begin to fulfil our main responsibility; to deduce and construct the socio-economic vehicles that will initially adequately secure our communities and countries, creating the possibility of us eventually collectively advancing and competing with the rest of Humanity in the 21st century?

SHOULDN'T ALL OF OUR SCHOOLS in general, especially the traditionally Black Schools in the UK, USA the rest of the Diaspora and particularly in Africa be teaching our own truthfully updated History Curriculum highlighting our so diverse but efficiently marginalized or totally ignored contributions to Civilization in every area of human activity over the last 5000 years [what do you KNOW about the Olmec Heads]; thus reprogramming the minds of the people of African ethnicity with our TRUE history [as unearthed by our own historians] as a truly superlative therapy for the residual trauma of the ongoing African HOLOCAUST, for which both an apology and reparations are STILL missing TODAY, aren't THEY?

Would YOU assist with regard to projecting and promoting an African centered History curriculum based on the books/works listed below, which would within 20 years reprogram with rationally focused intelligence a whole generation of our youth?

The Destruction of African Civilisation (Chancellor Williams), and Blacks in Science (Ancient & Modern), They Came before Columbus The African Presence in Ancient America (Ivan van Sertima), Nile Vallely Contributions to Civilisation and the Browder Files I & II (Anthony T Browder) are all interesting and uplifting books that will fully update your knowledge of African history, along with being the ready-made textbooks of our updated African History Curriculum.

Our spiritual/intellectual heavyweights can attempt Dr Frances Cress Welsing’s book The Isis Papers-The Key to the Colours, which is an in-depth analysis of Racism and White Supremacy and all the relevant Symbols that pervades every aspect of our lives. She literally puts forward a program at the end of the book as to how to limit the damage done to us collectively as we attempt to survive in this still so blatantly hostile White Supremacist Racist environment.

Yurugu [An African Centred Critique of European Cultural Thought and Behaviour] by Marimba Ani is the ultimate rigorous Spiritual and Intellectual workout, which literally leaves no stone unturned in it microscopic examination/dissection of white Europeans/Caucasians and their psyche’s ongoing malevolence [towards the rest of the human famiy], due to the fundamentally warped Platonic concept of “Objectivity” blended with Plato’s higher mind/limbic brain spiritually/intellectually alienated drivel through which THEY consciously discern themselves to be the head/brains of Humanity relegating the rest of the human family into “OBJECTS” to be controlled/culled as they see fit, as opposed to being entitled to the same rights and privileges to enjoy their lives and prosper, as Europeans.

Yurugu-as defined by the Dogon of Mali = a being born prematurely without his female twin-soul. Realizing that he was flawed and therefore deficient, forever incomplete, who was and is doomed to perpetually search for completeness that could never be his.

How do the Dogon know so much about just how fundamentally twisted/unwell the LUCIFERIAN LUNATICS/POWER ELITE/status quo who are currently so determined to turn this planet into a very real hell in the 21st century, are?

Marimba Ani’s Yurugu would serve as a ready-made textbook for Advanced Level African Studies right up to Doctorate level, as this extremely challenging read is that comprehensive and relevant with regard to rationally evaluating/knowing exactly how our enemies are going to behave as standard in this very hostile, extremely challenging environment.

Would you ALL agree that there is a mountain of useful information that we peoples of African ethnicity in general, our would-be leaders and leaders specifically need to ingest and digest if we’re going to even begin to deduce how to constructively develop ourselves and our communities in order to kick start the African Renaissance in the 21st century?

Even more bizarre is our ongoing acceptance as people of African ethnicity of the current status quo or are you all truly unaware of the fact that ALL over the World including Africa, Europeans still LEGALLY own allegedly; all the land and resources they acquired during the looting, pillaging, RAPE of this planet in general, of OUR continent in particular that Colonialism and Apartheid sanctioned as the norm [in fact aren’t THEY making the same play again with their WAR ON TERROR of being even more totally superfluous to the rest of humanity in the 21st century] as opposed to the longest list of unacknowledged unpunished Human Rights violations/CRIMES in human history?[/COLOR][/FONT]


Isn’t ANYONE who genuinely believes they are not programmed
graphically illustrating that their programming is COMPLETE?
View attachment 17805 https://youtu.be/ItHbLahuPBw​
/QUOTE]

KRAZYK said:
I just want to say some of the things that I have learned about slavery and how they where treating us back in the day some of it is appalling and sickening that they can tell other countries about civil rights and Humanity rights given the state of what they're doing to those kids in them camps and the United States and ****** up America
Click to expand...

In my opinion to not tell the truth is either fear, lack of knowledge, hate or maybe all of the above. But the irony of the entire thing is, that the more they continue to lie and tell our history while perpetuating this falsehood as their history will all come to light at some point.

The mere fact that we are even having this conversation speaks volume. The truth will set you free but in their case, the truth could cost many of them to give up the lifestyle in with they are accustomed to, to disappear as they know it. (Take for example South Afrika)

To be honest, I have not followed this heart-wrenching news, but I hope this ignorant sick son of a B...... was arrested and charged for assault. The fact that this idiot placed their foot on these children is considered assault.

We cannot continue turning to other communities to help us, we must do this ourselves. Have you ever thought that maybe many of our people continue to experience such degrading acts at the hands of other people because we can't see the full picture here? that we need to help ourselves first and our children.

It takes a village to raise a child, so, at what point will those words stand for something? Our ancestors didn't say these words to fall on deaf ears. We have to come together as a people to make a change.

Eye for an eye tooth for a tooth if we are forced to learn their history then we should know ours doesn't the Bible say the truth will set you free are youth should know the truth about their history it ain't pretty and my Caucasian Brothers history is not pretty neither they did a lot of nasty things to us walking around the world telling the world about their human rights it's no fun when the rabbit's got the!!?? 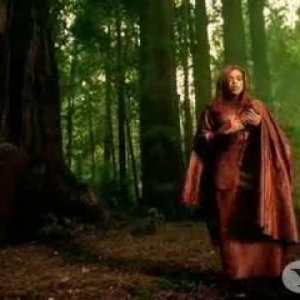