Hundreds of poor people waiting outside of a closed grocery store for the possibility of getting the remaining food is not the picture of the “American Dream.” Yet on March 23, outside the Laney Walker Supermarket in Augusta, Ga., that is exactly what happened.
Residents filled the parking lot with bags and baskets hoping to get some of the baby food, canned goods, noodles and other non-perishables. But a local church never came to pick up the food, as the storeowner prior to the eviction said they had arranged. By the time the people showed up for the food, what was left inside the premises—as with any eviction—came into the ownership of the property holder, SunTrust Bank.
The bank ordered the food to be loaded into dumpsters and hauled to a landfill instead of distributed. The people that gathered had to be restrained by police as they saw perfectly good food destroyed. Local Sheriff Richard Roundtree told the news “a potential for a riot was extremely high.”
“People got children out here that are hungry, thirsty,” local resident Robertstine Lambert told Fox54 in Augusta. “Why throw it away when you could be issuing it out?”
SunTrust bank is trying to confuse the issue and not take direct responsibility for their actions. Their media relations officer Mike McCoy, stated, “We are working with store suppliers as well as law enforcement to dispose of the remaining contents of the store and secure the building.” Yet he also said that the food never belonged to SunTrust Bank.
There is no need to sugar coat what happened. Teresa Russell, chief deputy of the Marshal’s Office in Richmond County, said the owner of the building ordered that the food be taken to the landfill. Some people even followed the truck to the landfill and were still turned away.
In Richmond County, there are about 20 evictions per day, and the area surrounding the supermarket is one of the poorest in the state. According to the last available data, the poverty rate is 41 percent. Many people in that parking lot probably knew all too well how evictions work, and were in desperate need of the food assistance.
This story is not some bizarre exception. It reeks of the truth of capitalism and is strikingly similar to the H&M scandal that broke in 2010 when clothes were being shredded before being thrown away, so as to make sure the value of the merchandise was unaffected.
In a capitalist society, the motive behind the production of food is not to feed people, housing is not made to give them shelter, clothing is not made to keep them warm, and health care is not offered primarily to keep people healthy. All of these things, which are and should be viewed as basic rights, are nothing other than commodities—to be bought and sold—from which to make a profit. If a profit cannot be made, usually due to overproduction in relation to the market, the commodity is considered useless by the capitalist and destroyed.
In this case, it appears the bank simply did not care. For the banks that have made their profits through evictions and foreclosures, it is little surprise that they showed no remorse in leaving people staring in disbelief, with empty bags, as they watched the food that could be feeding their families dumped into a landfill instead.

How could people be so cruel? To know people need that food, not simply just want, and still follow through with disposing of it is just disturbing, to say the least.

When a person has the opportunity to feed a mouth, and one so desperately needing food, they should take it up! And that was many mouths to feed! Regardless of the praise of men, you have helped your brothers and sisters see another day of hope; something we all need.

Yes, heartless and cruel, but there's so much of that in the world we live in, people hardly bat an eye over something like this.
S

alright.. I'll be the lawyer/PR rep for the Bank talking to you off the record:

"Listen.. we're not in the food business.. and we were not really willing to accept the risk of someone getting sick and suing us. If the store was going to give that food away, they should have done it before they turned over possesion to us.."

That is the game.. it's not a people friendly arrangement.. they used to buy and sell us with the same system..

skuderjaymes said:
alright.. I'll be the lawyer/PR rep for the Bank talking to you off the record:

"Listen.. we're not in the food business.. and we were not really willing to accept the risk of someone getting sick and suing us. If the store was going to give that food away, they should have done it before they turned over possesion to us.."

That is the game.. it's not a people friendly arrangement.. they used to buy and sell us with the same system..
Click to expand... 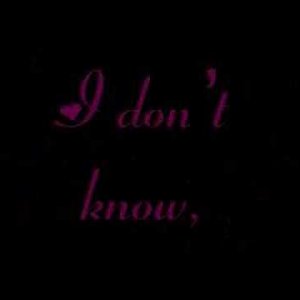