Scary how the government keep these people in thought and in eyesight for so long even after the fact of the Civil Rights established on the federal level for at least or almost 3 decades.

Fool mode
This MAY happen or MAY NOT. The ruthless white man will ultimately decide.
Finished...


MONTGOMERY, Ala. -- Alabama lawmakers are considering pardoning hundreds, possibly thousands, of people who were arrested decades ago for violating Alabama's segregation laws.

The idea of a mass pardon gained traction after the death last year of civil rights icon Rosa Parks, who had refused to give up her bus seat to a white man half a century earlier.

Even though the law allowing segregated seating on city buses was eventually overturned, Parks' conviction is still on the record, said Rep. Thad McClammy.

''This is something that's long overdue. It's something aimed at giving the state a forward look,'' he said.

His proposed ''Rosa Parks Act'' would pardon everyone ever arrested under the state's segregation laws, which date back to the state's 1901 constitution.

''I think it's wonderful. There were 89 people arrested during the bus boycott and I think every one of them should be pardoned because of the contribution they made to the state and the nation,'' said Rep. Alvin Holmes, a Democrat and veteran of the civil rights movement.

Log in
Similar threads
OldSoul : The “Children’s Crusade” Birmingham, Alabama May 2-5 1963
Law Forum : Nathaniel Woods' execution cast scrutiny on Alabama's death penalty. So why is the cop killer who pulled the trigger still alive?
Black People : After Katrina, Flint, and now Alabama, maybe its time to restore Garvey's Black Cross EMS
African American History Culture : Alabama civil rights institute rescinds Angela Davis honor
Black Spirituality Religion : Alabama police department blames homicides on Satan
Black Sports : Alabama, Clemson, Notre Dame and Oklahoma make College Football Playoff
Law Forum : demarcus-cousins-mobile-alabama-police-panel-discussion
Law Forum : Video Footage Reveals Alabama Cops Shooting & Killing Unarmed Black Man
Black People Politics : Alabama Is Making It Impossible for Blacks to Get Voter IDs
Black Short Stories : Christ is a Dixie Nig: From Alabama to Zoon town
Audio Video Web Conferencing : Anthony Hamilton &amp; The Blind Boys of Alabama - Maybe my last time
Black People : Alabama legislature votes to pardon Scottsboro Boys
Black People : Derrick Belcher, Man Behind Alabama Secession Petition, Looks exactly like you thought he did.
Black People : The Lookout Alabama pastor holds ‘whites only’ conference
Black People : The scandal of the Alabama poor cut off from water
Black Sports : LSU / ALABAMA stage set and showtime
Black People : A time to send Prayers and Assistance to Black Families in Alabama
Black People : Was John Muhammad the Alabama Sniper?
African American History Culture : Researching your Alabama Roots?
Black People : DESTEE, THE COCHRANE-AFRICATOWN BRIDGE IN MOBILE ALABAMA....
Black Children : Alabama town plans memorial to black teens
Black Poetry : Sweet Alabama (Bishop's Challenge)
Black Events : Poetflow 2002 In Alabama!!!!
Black Poetry : Alabama Love (....Sweet Home.....)
Black Poetry : the fireworks under her skirt may explode her wet pound cake ready ate on a plate my car is nice but far on in life wants a Cadillac my quotes best th
Health and Wellness : Years of Smoking Weed May Leave You Grasping for Words
Health and Wellness : $24 million spent on Fort Worth toddler’s life support; hospital says Texas may intervene
Health and Wellness : Mental health experts warn Derek Chauvin trial may revive feelings of racial trauma
Black People : Covid-19 vaccines may save thousands
Black People Politics : Blacks May Die in a New Mid-East War
Black People : Covid-19 vaccines may have potentially unpleasant side effects
Black People : The 200,000-year-old city found in Southern Africa may rewrite history
Black People Politics : Abdul-Jabbar: We may be a divided nation, but we're united in not trusting the news media
Black People : VIKINGS MAY NOT BE WHO WE THOUGHT THEY WERE, DNA STUDY FINDS
Black People : East Coast Will Need N95 _ Mask ( It May Not Help ) to Avoid "Silica" Glass Dust Storm Coming From Africa to the United States
Egypt : Native/indigenous New Zealanders or Maori may have come from Ancient Egypt according to Gerald Massey book!
Black People : CONSCIOUSNESS RAISING ONLINE - May 17th - 3 Massacres of Black People & The Supreme Court
Health and Wellness : Supplementing with Vitamin D may reduce susceptibility to COVID-19..
Black Entertainment : Was James Brown killed? Prosecutor may open new investigation into singer's 2006 death
Science and Technology : 2 billion-year-old water in South Africa may hold answers to Mars mysteries
Health and Wellness : Police Shootings of Unarmed Black Americans May Affect Health of Black Infants
Black People : The true story behind the name 'Black Friday' is much darker than you may have thought
Black Poetry : HE SAID: look boo we can play around or simply lay down girl it's a wild day in the world a child at play may use a stick as an airplane wit a chick i
Black Poetry : Fun today flirt And one may work With love talk alert try get under her skirt Must slow down with the twerk Stuff expressed by her complex breast Sh
Science and Technology : Study on cannabis chemical as a treatment for pancreatic cancer may have 'major impact,' Harvard researcher says
Black Poetry : She was wit a boy on fourth of July desire to flirt in a way that was fireworks may even require a twerk she here in Walmart in a mini-skirt no funny
Black Poetry : Have to fix his luck he's mixed up and confused may lose his girl in the drop top cruise he post th
Black People Politics : GARLAND...may hear this case? YES!!
Black Poetry : HAPPY MEMORIAL DAY On Sunday we pray the last Monday in May is Memorial // Day in a pastoral way cel
Black Weight Loss : Eggs May Be Bad for the Heart, a New Study Says—But There's More to the Story
Share:
Facebook Twitter Reddit Pinterest Tumblr WhatsApp Email Share Link 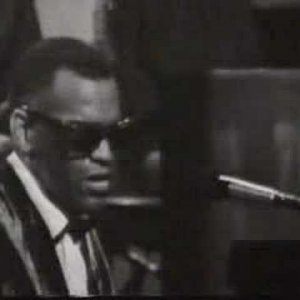