Black People : Ain't Nobody That Is Against Reparation/Repatriation Doing Or Giving Anything To Black Afrikans That Is Worthwhile To Your Liberation!!!

Ain't Nobody That Is Against Reparation/Repatriation, Doing Or Giving Anything To Black Afrikans That Is Worthwhile For Your Liberation!!!

It Ain't Hard to reason why Black Afrikans are not where we need to be as a Divine Black Cosmic Universal Being, it is not difficult in innerstanding why Black Afrikans and the Continent Of Afrika is Transforming to be no more to the Greater Good of the Black Divine Beings World.

Divine Knowledge and Innerstanding is no longer a premium that needs to reside in the mind of Black Afrikans, the flood gate of the Black Afrikan mind has swung open without restrictions of what and who can enter the Mind of Black Folks and such non-restriction is having Black Afrikans to have no more respect for the Mind Nature Designed Black Divine Beings with as we today live without having any self-respect as we allow any and everything to enter the Black Mind today which have Black Afrikans not to realize the quality of spirit being displayed and expressed today by Black Afrikan people, is what is keeping that white racist unjust prejudice Luciferian Human Being in control of our every wanting, faithful, believing, hopeful, vain, envious jealous mental spirit being disrespectfully performed by Black Afrikans today.

Those behavioral performances are what keep the Black Afrikan Race under the command of those filthy wealthy oligarchs ruling the world Black Afrikans fight to become a victim of today which have Black Afrikans not giving a **** about how vivid our self-ignorance is to the world of Lucifer who now has usurped the Black Afrikan World into believing in all that white racist and his surrogated oppressors of Black Afrikans tell us about the God Lucifer Created, the Universe Described by Lucifer and that the character of Living Life must obey the standards laid down for the world to obey and comply too, all coming from the Luciferian Human Being Mind.

Yet, here your Black behind is concentrating on how you can confuse the Mind of Black Afrikans further by revealing your lying ill-informed belief about Chief Elder Osiris, using the old tactic long been grinded in the Mind of the Black believers, which is ignore the Divine substance being shared with Black Afrikan people and just concentrate on the Messenger whom is well educated about by the wickedness of the Black Afrikan Believers.

Beloved Black People, we must stop denying the undeniable which is Chattel Slavery event happen for a Divine Purpose, which was to give the Black Afrikans a panarama view of the body, soul-mind, spirit of that Racist evil behaving toward Black Afrikan people devilish character of a self-proclaimed white Human Being, and for us the Children of those Enslaved Black Afrikans who survived the Chattel Enslavement horrorified event, gave to the Black Afrikans that which is needed to change the narrative of describing Black Afrikan people to be inferior to so call white people, one consisting of a profane acting Human Being and the other being of Nature Design to be a Natural Divine Black Being who has the obligation to organize Black Afrikans to act in demand of payment of the Reparation/Repatriation that our Enslaved Ancestors have earned, meaning that America owes to our Enslaved Ancestors the Reparation/Repatriation that they have no just cause to be withholding from our Enslaved Ancestors who will not be with freedom, justice, and independence until being back home in Afrika with their Reparation in their possession in Afrika, the Land of our Mothers and Fathers and we Black Afrikans have the obligation to make it so, today.

Because, ain't nobody doing for or giving anything to Black Afrikans, who is against Reparation/Repatriation, which will assure our freedom, beloved, that is your obligation to do, Black Woman And Man!!!

Apr 22, 2020
Chief Elder Osiris Akkeba
C
C
Black People : If You Are Black Afrikan And It Is Not For The Greater Good For You, Then It Ain't No Concern Of Yours!!!

Dec 1, 2019
Chief Elder Osiris Akkeba
C
C
Black People : It Ain't Gonna Happen To You Until You Make It Happen For You Black Afrikan People!!! 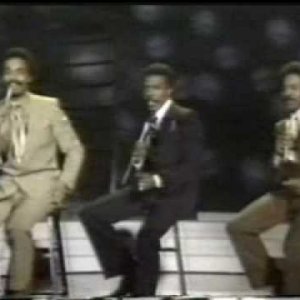