Gerald Herbert / AP
Edwin D. Weber Jr. stands outside the FEMA trailer he shares with his brother in New Orleans. Citing the 221 trailers left in the city as blight, New Orleans officials have given the last folks living in temporary FEMA trailers until the end of the year to move out or face fines.
By CAIN BURDEAU
The Associated Press
NEW ORLEANS - The era of the FEMA trailer — a symbol of the prolonged rebuilding from Hurricane Katrina — might be drawing to a close in New Orleans.

Citing the remaining 221 trailers as blight, New Orleans officials have told the last remaining residents to be out by the start of 2011 or face steep fines.

New Orleans once had more than 23,000 FEMA trailers, and for many people still living in them, they are akin to permanent homes. These residents say they will find it hard to make the city's deadline.

Edwin Weber Jr., 62, lives with his brother in a trailer crammed with stuff. He was seething at a "notice of violation" letter taped to his door shortly before Christmas.


The letter said he would be fined — up to $500 a day — unless he took "immediate action" to move out. He said the notice was "worthy of Ebenezer Scrooge himself."

Engulfed by vines, Weber's trailer looks like a permanent fixture in the Gentilly Woods neighborhood in front of a home his family has owned since the 1950s. The house, Weber acknowledged, is still in bad shape.

"I haven't got the gas on yet. But I got water and electricity, so it is livable," he said, looking at the battered home. He reckoned he could move into the house, if they were forced to.

The house was flooded by 6 feet of water, but after Katrina, he opted not to take federal housing aid, administered through the state's Road Home program, because he didn't trust the bureaucracy handling the money. Insurance claims have paid for some repairs to the house, he said.

He said the Federal Emergency Management Agency offered to house them outside the city, but they refused.

C
Black People : If Black Lives Matter Is So ProBlack 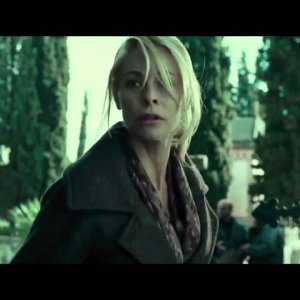