Chief Elder Osiris : Afrika Will Not change Until There Is a Change Of The black afrikan Mind

Afrika Will Not Change Until There Is A Change Of The Black Afrikan Mind.


There Is Much More Where This Come From.
O_AKKEBALA2002@YAHOO.COM

Keep Sharing The Divine Truth And Maybe, Just Maybe Somebody Black Might Hear you.


You can not respond to the mystics of life, the revelation, the misunderstood of things that happen in your life Time for your Life good, if your mind is not calibrated to be able to recognize Time and its action, in its Divine presence.

So I will have to conclude by the inaction of Black people, when things are in motion all around us and is signaling the reason for what is happening in various window of dispensation of Time, and do so for a orderly purpose to affect life.

So, in such a window of Time, your life is not as it should be, in accordance to the way life was given to be meant to be, which is Divinely free and in Harmony, Order, and Balance, to accommodate your life, and to have you respond not to such Divine Time.

Then beloved, know that you are functioning with the wrong mind, meaning it is not the Mind that come with your life Black Divine Body.

A Mind that function out of the range of its Divine providence, is a mind under duress, and in such an unstable condition, the mind become exposed by submission, to forces that is used for vain and selfish gain of the unthoughtful, guided by belief, without a conscious.

You making claim to be a Black Afrikan Revolutionary, Pan-Afrikanist, and a Black Nationalist, and in all such terms, you use echoing Black Bad Confrontational stuff echoing in the presence of Black people.

Beloved, all you are dong is pretending to be representing a Mind, a Conscious, and a Spirit that favor Afrika and Black Afrikan people.

But you see, you are not serious when displaying an attitude as if you have favor for Afrika and Black people.

Here you are, using such adjectives that deceive, making like you desire for something to be as it should be, as it originally was for Afrika and Black people, When you do not know who you are.

You see, there is no quality of mind that is in Divine use by most Black people today, a Divine Mind that will motivate you to always be vigilant and watchful, while using all three of your eyes.

Today, most Black people are resolved to just look our way through life, and looking prevent, so that you can not see and understand the signal that is coming from a Time that verify your need to act in your Black Afrkan life favor.

Because, you do not any longer use the Mind that came with your Black Body life.

No, you do not, therefore you function on belief, then believe this, you no longer function with the Mind that Our Ancient Cosmic Divine First Way Ancestors equipped us with, you Black folks being the heir to their Divinity.

How in the hell can any Black Afrikan living in this high energy time and do not have love and respect for self, and can choose silence over physical demonstration of dissatisfaction over the way the Black life has been made to live, doing so, over periods of thousand of years, living a life without the Mind it came here with, without something evilly deceiving happen to your Mind.

Now, here we Black folks are, sitting on our do nothing life behind, when action is in motion that reveal a dissatisfaction by other people of a different ethnic, in our Homeland, indicating that they choose freedom over having to act like and be treated as a fool is treated.

You see, a fool is one who care less by being without the right to freedom and life self determination.

The foolish mind is satisfied using decisions that come not from your own mind, but from a mind living under the influence of Lucifer mind.

Lucifer mind happen to be the mind most Black Afrikans allow to guide the Black life, while pretending to be free, we do so to keep from having to act in such a way that will have us to experience freedom.

Here in this time, as I share this with you, people are in your Homeland, making claim to your land while demonstrating a dissatisfaction with one of their own kind, over the way they have been and is being mistreated, which is being treated like a fool, and those people are now taking a stand in defiance to injustice, in a land that is not theirs, but has been allowed to squat there for so long until they now is with the mind they have had to develop, which now tell them that Egypt is not Afrika, and that their claim is to Egypt and not Afrika, and that Egypt is their Land.

You so call Black revolutionary, claiming all of your Black Nationalism and Pan-Afrikanism, yet you do nothing in defense of Afrka, and you have the audacity to try and sound intelligent when in eort to express why you do not.

beloved, if you were qualitfie to channel the Honorable Marcus Garvey today at this time as a part of Afrika, Egypt, which is under siege, not by Black Afrkan people.

tell me, do you suppose Garvey would be approving of your silence and inaction, as you make claim to be so in love with Afrika and respectful of Garvey?

Silence in the Time for action, is the display of a spirit of a fool, and today, Black Afrikans have every reason to be demonstrative in our time of Injustice and continued oppression, not to be so is a foolish position to be in.

Well beloved, it is all because of the silence and do nothing spirit that is now of the nature of the Brand new Black Afrka Afrikan, in Afrika and every where else we are pretending to be free, that we take on the image of a people with a mental sickness, as we are always ready to wage war against each other, and I ask, for what and why?

Today, Black people do not have anything of Divine value to call our own, meaning our Mind, why is it that we express such hate toward each other and at the same time sit on our do nothing behind watching the Mother Land go into transition right before our looking eyes, from being the Land of our Mother and father, to a land to be claimed by anybody who are not Black Afrikan proper.

The Mind Black people use today, is a mind that is not qualified to collect our Ancestors Reparation, and is a Mind that will allow Afrika be taken, unchallenged and such a profane spirit, is of a mind that can not comprehend Black people ever to had been a Divine Unified Black Universal Being, and that spirit will allow anybody to ravage the burial ground of our Ancestors, without having a conscious of guilt, because today, the Brand New Black Afrikan is operating with a mind that is controlled by Lucifer, a Mind changed from being Divine to being Profanely human.

Be Kind To your Self, Beloved. 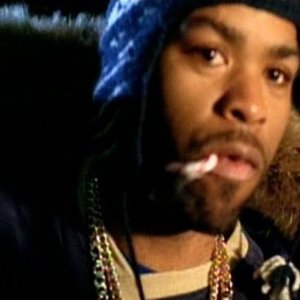