Oh Daughters And Sons of Afrika, you with the foundation of Divine thought, once was the surface upon which your common sense is established to reside to be the thoughtful star of the spirit it produce to reveal to be the spirit of your Soul and now are you confined within the terrible presence of the profane believer working and acting with the absence of common sense to be included in a space that has proven to be hostile to the glorification of the use of Divine Thought which be evident that a Divine mind is in action of the presence of the Black body that the prime attribute of the Divine Essence, the Greater Good-God it being Nature the Divine Designer of the form, presence and appearance of your Dark pigment to serve as evidence that your relationship to the Greater Good- God is Pure!!!

So I ask, why oh daughters and sons of the perfect Night do you choose to deny your place in the Sun of the presence of requirement of common sense use to verify and qualify you to be with the type of thoughtful knowledge that will have you to be not quite with no desire to act in defense of your Divine Right to become Free and Independent with Justice for the daughters and sons of Afrika again?

Oh Daughters And Sons of Afrika, my inquiry is not useless redundancy with rhetorical performance, my inquiry is as serious as the Sun-Star Ra that is never late rising to maintain life giving energy to that Black body Life give motion too, so do not ignore that which I make inquiry to you about you, when I see to know what I see to know is not the Natural organic spirit you now reveals to the world today, you Black Daughters and Sons of Afrika with a special and specific body design as Nature has designed you to be!!!

So be not casual in your body performance when somebody has interrupted the life living of your Divine way of living performance and now here you are participating in the use of a slogan that you fail to give Divine meaning too, because if the Black Life truly Matters to you Black Afrikan people, you being the Darling of the Perfect Night, you will not be in useless action trying to force your Black behind in a white space with a history of being everything to you that evil do provide to a none thinking no using common sense want to be white profane Luciferian Human Being Mind, the quality of mind that now guide the Daughters and Sons of Afrika making claim to be with a desire to have a United States Of Afrika to Govern Black Afrikans in Afrika when all of your action contradict your Black Life Matters slogan as you beg to be included in the coming and goings of white life living performance.

I am here to inform you about what you already know and that is all of the greatness that is of our past ancestors action in behalf of obtaining Freedom, Justice, and Independence means nothing to this present time we now live in if we now live in a condition no different from the condition that our past Ancestors became great for fighting to change the condition they were living, in their window of time, condition of same oppression the Daughters and Sons live in today.

So, you see, the Black Life living condition today is exposed to that same oppression coming from those same racist prejudice Luciferian Human Being Who implemented evil action against the Life Living of Daughters and Sons of Afrika and your Black Afrikan behind do nothing but brag about the warrior bravery of our Afrikan Ancestors as we sit idly with no desire to free our Black Afrikan self from that same oppressive living condition our Ancestors was in battle to change for the living sake of our Black Afrikan Children but yet the child of yestertime become the child of today who now inherit the oppression of that time to be in this present time because the Daughters and Sons of Afrika fail to have use of common sense that will serve to be the motivation that will have the Daughters and Sons be you in or out of Afrika fighting and demanding our Enslaved Afrikan Ancestors Reparation/Repatriation Now, such represent Afrikans and Afrika Freedom and it is that quality of Divine Freedom that the Daughters and Sons of Afrika have not as a goal of our desire today!!!

RISE. SONS & DAUGHTERS OF AFRICA, LIKE THE MULTI-GENIUS DIOP...RISE, THOSE OF GARVEY, OF NKRUMAH, OF LUMUMBA, OF SANKARA, OF KEITA, OF CLARKE, OF WINNIE, OF NANNI, OF TURE, OF SOBUKWE, OF BRATH, GADDAFI, MUGABE… RISE SONS AND DAUGHTERS OF AFRICA IN THE MILLIONS IN THE AFRICAN WORLD REVOLUTION TO ESTABLISH OUR POWERFUL UNITED STATES OF AFRICA… 2024
See Less 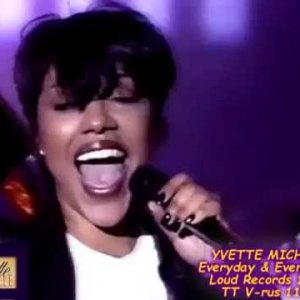