Libya : Africans, Dems and Repubs, dont want Libyan war, so the POTUS is warring for who???

The OAU, AU oppose the war in Libya and both parties as well a the Green party, Libertarians, Freedom Party, ad Socialist party oppose it as well

So who is president Obama spending all of these tax dollars, and taking all those lives for?

Published on Tuesday, June 14, 2011 by Reuters
US House Republican Leader Warns Obama over Libya
by Susan Cornwell
WASHINGTON - House Speaker John Boehner warned President Barack Obama on Tuesday that he was skating on thin legal ice by keeping U.S. forces involved in Libya for nearly three months without the authorization of Congress.

What a difference two years make. Now, with President George W. Bush in gentle retirement, who would have thought that the Democratic President would now be fighting off the GOP leadership over his own illegally waged war in Libya. The grip of empire, like hypocrisy, makes no partisan distinctions. (File photo) The letter from the Republican leader of the House of Representatives to the Democratic president threatened to turn lawmakers' unease over the Libyan conflict into a clash between
http://www.commondreams.org/headline/2011/06/14-9

Published on Wednesday, June 15, 2011 by The Hill
Reps. Kucinich, Jones to File Suit Against Obama on Libyan War
by Pete Kasperowicz
Reps. Dennis Kucinich (D-Ohio) and Walter Jones (R-NC) on Wednesday are expected to file a complaint in federal court that is presumably related to the failure of the Obama administration to seek congressional authority for military action in Libya.

Sabrina Eaton/The Plain DealerCleveland Democratic Rep. Dennis Kucinich and North Carolina Republican Rep. Walter Jones announced a drive to withdraw U.S. troops from Afghanistan at a 2011 press conference. Today The two members are expected to announce the details of their action at noon Wednesday. Kucinich released a statement late Tuesday night that said other members of Congress would join the suit.

White House Defends US Role in Libya after Lawmakers Sue

by Steven Thomma and David Lightman


WASHINGTON — Facing growing opposition on Capitol Hill, the White House insisted Wednesday that it's within its legal rights to wage war in Libya without explicit authorization from Congress, essentially because no American lives are at risk.

The Obama administration rejects criticism that the U.S. president failed to provide a "compelling rationale" for the Libya mission. (RFE)​
The administration argued that its limited role in the allied air campaign against Libya means it's not really the kind of escalating war that would require approval from Congress or an end to fighting after 60 days under the War Powers Resolution, passed in 1973 in response to the Vietnam Wa
http://www.commondreams.org/headline/2011/06/16-1

African leaders today demanded an immediate end to the North Atlantic Treaty Organization's bombing campaign in Libya and called for the African Union and United Nations to take the lead in reaching a political solution.

"We have not voted for a substitute for bombing of one group by the other," South Africa's Foreign Minister Maite Nkoana-Mashabane told reporters in New York, referring to the UN resolution authorizing military action against Libya leader Muammar Qaddafi's regime, which her government supported. "All forms of military intervention and bombing must stop now."

Nkoana-Mashabane and ministers of Mali, Mauritania, Uganda and the Republic of Congo, which formed the AU's Ad Hoc Committee on Libya, expressed their concern about the NATO bombing campaign to the UN Security Council. Adoption of a draft statement demanding a "complete end to violence and all attacks against and abuses of civilians" was blocked by the U.S. and other Western nations.

Ten members of the United States Congress today filed a lawsuit against President Barack Obama alleging that he didn't get Congressional authority before involving the U.S. military in the war on Libya.

The members of the House of Representatives claim the president introduced the U.S. military into the Libya war, which is now being carried out by NATO forces, in March, in violation of the U.S. War Powers Resolution which seeks to curb the ability of a president to unilaterally engage the U.S. military in wars.

The lawsuit against President Obama and U.S. Defense Secretary Bob Gates also contends that the U.S. has ignored the African Union, which has opposed the NATO bombing mission in Libya. The lawsuit also contends the U.S. actually has personnel on the ground since CIA agents are in Libya advising the rebels.

"The President cannot unilaterally take the country to war," Rep. John Conyers, Jr. (D-Mich.) told The Black Star News. "The American people have grown weary of open-ended military conflicts that place our troops in harm’s way and add billions to our national debt. This is one of the reasons why the President initially limited the scope of our military presence in Libya to exclude the use of American ground troops."
http://www.blackstarnews.com/news/135/ARTICLE/7450/2011-06-15.html
You must log in or register to reply here.
Share:
Facebook Twitter Reddit Pinterest Tumblr WhatsApp Email Link 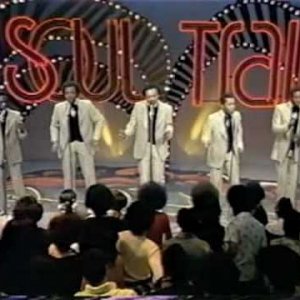