Re: Blacks? Africans? Many things? Everything? We need to get pass this!

Originally posted by Sun Ship
I find this debate about the African-ness or African-ism of people of African descent disturbing, at this time in our history. Before there was a land or continental designation defined as Africa, people with the phenotype of West, Central, and East Africans dominated and/or originated some of the most advanced cultures in the world. Lets celebrate the fact that people with dolichocephalic heads, profuse melanin, Steatopygia and facial prognathism (and originators of all features!) were more than just the footstools of history and gave the world its spirituality, religions, medicine, culture and high artistic expressions.

It’s not that some of the posts in this thread are right or wrong, they are just convoluted.

This “true African” debate is from another time and is very childish, archaic and pseudo-racist.

The minds and thought processes, of Black people, are not only sometimes beyond perplexing, but are down right scary.

I agree, there's no right or wrong response to the question of what you call yourself. Whatever it might be, the important thing is, what you do when its time to answer the call.

Hesaid
first of all I am not a man I am a woman. I don't know what put the idea in your mind that I am a man. Secondly my comments were not meant to offend anyone or to define who is African and who is not . I think Isanusu is the only person who understood my point of view and I wish that you would re-read my posting. The comments I made were because I am hurt and offended by the lack of knowledge that SOME people, who call themselves Africans, have about Africa. I did not personally insult anyone and I made NO comment, I repeat NO comment about anyone who posted here on this site. I commented on people that I have had direct contact with. I have no problems with you disagreeing with me, but if you are going to disagree with me , at least try to understand my point of view. I did take time to write what I wrote and did not personally attack anyone.
O

In response to NNQueen my comments on Africans contributions to current day society were meant for a thread posted on a previous page, not to bring up a debate on whether or not African Americans help Africans or vice versa. I'm sorry you misunderstood me.
H

Jambo!
Na im playin!
I guess you came in when I was just
tired a this.

you to your way me to mine
(La kum de nukum walli a deen!)

Welcome &
Sorry & much Love and Peace!

WHY CAN'T AFRICANS LOVE ONE ANOTHER?

After reviewing my own post, I have to first apologize if I, even indirectly implied, in any way, that you were a man. If so, I reiterate. You have my most humble apology. But, you may want to read several of my post on this subject and then re-read your own post. I am not here to insult, dismiss or devaluate your comments. I have a very close relative who’s from Nigeria and have a lot of respect and admiration for his character. Sometimes, on a variety of subjects, we disagree and sometimes we don’t. You seem to be a very intelligent and socially aware Sister. But there’s more to the divisions and diverse views of Africans and Africans in America, than just the ignorant and off-color remarks of (some) small-minded Africans, regardless of where they come from.

When you see cats barking like dogs and robins quacking like ducks, you must conclude that something has gone, horribly, wrong in the nature of these creatures. This is analogous to Africans verbally attacking their own aboriginal cultures and roots. Through my own Nigerian relatives, I am constantly interacting with brothers from the continent and you should hear some of their degrading comments about their tribal and cultural beliefs. You would think they were talking about witchcraft and barbarism, as they try to disassociate their selves from, self-perceived, ancestral “cultural heathenism”. They to, are also dealing with a sort of cultural schizophrenia. Matter of fact, I had one friend from Benin, refer to a sermon at an African American Baptist church, he visited, as resembling West African tribal ritualism (“Voodoo”), in comparison to the very conservative Euro-Christian church he belonged to, in Africa.

Africans, from the continent, do not have clean hands or a perfect record when it comes to the problems of brotherhood, understanding and unity, between Africans exiled in North America and those of them who have arrived recently.

The whole world knows that African American culture is unique and is part of a larger African cultural expression, from religion, visual art, to music, to cuisine, to dance. I am well studied in some of these areas and received my legacy directly from my own “tribal” elders, in these idioms, in the confines of my own “tribal” community (Africans brought to America via the slave trade).

SLAVERY DID NOT DESTROY THE INNER-RHYTHMS OF OUR CULTURES OR WHAT SOME HAVE CALLED THE GENETIC MEMORY OF AFRICANS.

EUROPEANS DON’T WANT YOU TO ACKNOWLEDGE THESE CONNECTIONS AND SIMILARITIES OF YOUR INTERNATIONALLY DIVERSE FAMILY!!

You may not be interested in the shortcomings of Africans, from the continent, as they relate to international pan-African unity. But you have no idea of the psychological destruction and cultural genocide that was performed on Africans worldwide, after the initiation of the trans-Atlantic slave trade and after slavery itself. The demonstrative evidence of diabolic monstrosities and spiritual demoralization is overwhelming.

If you need references and sources, I may be of some help.

Believe me, Sister Oluremi, we need compassion, concern and respect to come from both sides of the Atlantic, and let’s keep communicating with, educating and celebrating each other. I’m sure the spiritual ancestors of all Black people, from Africa and beyond will embrace our endeavors.

P.S. - If Africans could love one another, with the same love and understanding we give to others, It might invoke HEAVEN ON EARTH. 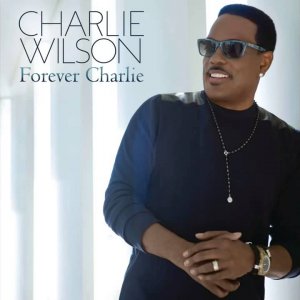