SOME BACKGROUND ON AFRICAN LIBERATION DAY, from http://members.aol.com/aaprp/index2.html

"African Liberation Day for us is only an instrument to help organize our people..." Ancestor Kwame Ture, Central Committee Member, A-APRP

ALD is the direct descendent of Africa Freedom Day created by the Conference of African States convened under the auspices of the Nkrumah government in Accra, Ghana. April 15, 1957 was designated as Africa Freedom Day. The eight heads of states at that meeting intended Africa Freedom Day to be a day marking their renewed commitment to the liberation/decolonization of the whole African continent and all it's people.

When the Organization of African Unity (OAU) was created in May of 1963, the founding delegates proclaimed May 25, 1963 African Liberation Day (ALD), as the successor commemoration day to Africa Freedom Day. Since then African peoples have observed ALD all over the world. The first A-APRP sponsored ALD was held in 1976 under the slogan, "Take ALD Back to Africa", and was convened in Washington, DC.

I would like to invite EVERYBODY to come out to the ALD this year. I know that depending on where you are at, there might not be a celebration anywhere near you. I do not know the location of all the ALD activities but some of the places you should look for ALD is

The activities will take place on the campus of a school, university or in a park or community center of some kind. This should serve as a clue on where to look for ALD activities.

REGARDING AFRICAN LIBERATION DAY IN THE LOS ANGELES AREA

The activities will take place:

Compton Community College
1111 Artesia Blvd.
Compton, CA 90221
(In the "Allied Health" building near the back of the school)

If you feel like you dont know much about what is happening currently on the political scene, come out to ALD and I PROMISE you will get brought up to speed (and THEN SOME!!!).

p.s. if you love the A-APRP or hate the A-APRP, this is a good time to come out and drill the "cadre" with your questions or comments . If it is possible, please wear all white as a sign of unity.

Here are some pics and and info on ALD

Solidarity Greetings to Africans in Struggle From the International Department of the Irish Republican Socialist Party
29 May, 1999
Sisters and Brothers, A Chairde,
On behalf of the Irish Republican Socialist Party, we would like to begin by thanking the indigenous peoples of this land, the First Nations, for sheltering us upon their land in our Diaspora.

We send our greetings of solidarity to all Africans in struggle around the globe, and join you in celebrating African Liberation Day. We especially want to express our solidarity to the comrades of the All-African People's Revolutionary Party, who for well over a decade, have been among our closest alliances of those organisations active in North American. We have never had cause to question the sincerity of the A-APRP's friendship, solidarity, or their recognition that we are both joined in a fight for the liberation of our homelands and of the working masses.

This is the first African Liberation Day we celebrate without the great African leader Kwame Ture living among us. Kwame was a great friend to the Irish struggle and he rarely missed an opportunity when he spoke to include mention of Ireland as one of the international struggles which provide inspiration and education far beyond the size of the small island in the Atlantic from which it has had occasion to speak to the world at large.

He recognized that it was in Ireland that settler colonialism, as well as modern imperialism first tested its methods of conquest used with such brutal effectiveness around the globe. The settler colonial experiments in Ulster, Jamestown, and Capetown all occurred within a handful of years apart from one another. The Irish joined the Africans enslaved in the cane fields of the Caribbean after Cromwell's troops butchered so many Irish people. Kwame Ture remembered that it was the Irish who were depicted as apes in English cartoons and who confronted signs reading "NDOI" in the storefronts of America during the first decades they found themselves in America, having escaped from the enforced starvation, known as "the Great Hunger."

Yes, Kwame, and those in the A-APRP, remembered all of this, and yet, far too few of Irish descent in America remembered. They forgot all that they had shared in common with the Africans, the Palestinians, the Puerto Ricans, the Guatemalan, to name only a few. Some retained that memory, such as those who during the Mexican-American war, crossed the border and formed the San Patricio's Battalion to take up arms against American imperialism; those, like John Devoy, who helped to organise the First International in America; those like Mother Jones organising in the mines of West Virginia and beyond.

But, too many forgot. Hiding behind their lace curtains, and trading on the skin privilege they found they could use, like John Mitchell, they traded their souls in support of the slave owners in the South; or, in another time, in South Boston, they fought against busing for integration. They became the ruddy-faced cops calling for the life of Mumia Abu Jamal. The great Irish Marxist, James Connolly, who spent a decade in America and helped to found the IWW, commented of these Irish émigrés, that St. Patrick had driven the snakes out of Ireland, and they had then shown up as police in America!

The IRSP, however, do not forget the long suffering African and Irish peoples have known under colonialism, capitalism, and imperialism. We embrace comrades, such as those in the A-APRP, as sisters and brothers--cheered by their successes, saddened by their defeats, taught by their leaders, inspired by their martyrs. So today, we come to celebrate with you. African Liberation Day is for all people who love justice and freedom to join in. We raise our voices with you in tribute to the goal of Africa liberated and united under socialism. We hail with you the memory of leaders who came before-Kwame Nkrumah, Seko-Toure, Patrice Lumumba, Gamal Nasser, and Kwame Ture among them. We applaud your tireless struggle. Most importantly, we struggle alongside you-finding strength in our unity, finding comfort in your friendship, finding hope in your dream.

We honor the memory of Kwame Ture today in a manner that seems most fitting, by declaring that we too, are "Ready for Revolution." We thank the All-African People's Revolutionary Party for their solidarity, and for having us here today. And, in closing, the Irish Republican Socialist Party, and our friends and supporters here in North America, say to you:


Africa and Ireland will be Free!
We're Got to Build the Bonds of Solidarity!

ready for the REVOLUTION!!!
R

Brutha Jacuma, you are a member of the A-APRP???
R

I just "had' to ask, LOL!!! But it was more than obvious that you are strong Pan-Africanist.
I 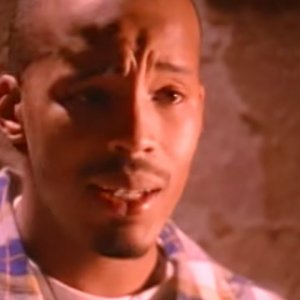