Black People : African Americans vs. Africans, vs. Caribbean: Do We Have a Problem?


Black Americans VS Africans Vs Caribbean Islanders Part 1. The black Americans, Africans, and African Caribbean islanders are marked with an interruption of continuity. There is a huge gap between the three that has caused an even greater divide of separateness that further contributes to the dysfunctional make-up of the black race as a whole. This gap has widened over the years and has caused deep animosity between many Blacks in North America, Africans, and African Caribbean Islanders.

Caribbean Map
This gap has prevented blacks in America from participating in the current economic boom in Africa and it has shut many African immigrants out of opportunities for economic advancement here in the United States. The problem stems from deep misconceptions that are primarily fueled by the U.S. media. Astonishingly, many Black Americans believe that Africans are backward to the American culture and primitive. This is because the media displays them in movies as barbaric, uncivilized and poor. Many Black Americans make crude jokes about Africans or do not acknowledge the great contribution Africa has made to the world. On the other hand… Many Africans buy into the erroneous notion that Blacks in America are lazy and violent. Africans do not appreciate the great sacrifice that Black American’s have made, through advocating for their civil rights, to lay the foundation for Africans to be able to come to the United States and live in a country where both blacks and whites seemingly have equal rights, at least in theory if not always in practice. To understand the deep division that exists between Black Caribbean’s, Black Americans and Africans, This is the first in a two-part post that will examine the background of the three groups.

Black Americans have preconceived notions about Africans. The cultural diversity between the two is one that we as Americans have yet to embrace and understand. We know that we are Africans but unconsciously separate ourselves from Africa because we are so very different. Black people, of all shades and of all cultures, have been described and analyzed in a certain way. The Western influence in African cultures has created ‘black culture’ and its self-description. Black Americans often say they are not like the other Americans because they were forced to come to America while all others came voluntarily in search of a better life. Africans who migrated to America (such as Obama’s father) came under very different circumstances and, therefore, relate to the USA (and the chances it offers) in a different way.

Black Americans live in a country, despite racial oppression, where socio-economic upward mobility can be achieved if we united and supported our own businesses and purchased our own land etc., but many Black Americans are blind to this. With the exception of the conscious, many are blinded by the need to live the fast life: money, sex, and a leisure lifestyle. Black Americans have a “This isn’t my issue, so it’s not my problem”mentality and, therefore, are also separated by their own race. We are divided within our own race shunning other blacks because they do not meet our suggested criteria of being black enough. Blacks in America divide race based on diversity, sexual orientation, gender, hair color, religion, financial status etc. It’s a harsh truth that even within the conscious community where we are supposed to have evolved and awakened to unity, we make excuses to deem those we aren’t comfortable with as outcasts of diversity even though they share the same colored skin. Is there any wonder why we aren’t as openly accepting to Africans and African Caribbean Americans? We have yet to accept that black is black and all black lives matter.

Map of Africa
I reached out to a friend of mines and posed to her: “What are your experiences with Africans and African Caribbean’s?”

I’m a Black American, and I’ve been treated disrespectfully by Africans and those of Caribbean descent. Although most of my experiences have been negative with Blacks from other countries, I don’t believe that all Black immigrants behave in such a nasty manner. The stereotypes that some Black immigrants have towards black americans is just as bad as any White racist. It’s as if we’re not individuals, but a monolithic group who look and act alike. I’m starting to think that many African/Caribbean immigrants believe that Blacks living in america aren’t capable of being successful, yet many of my family members are educated and are married to equally educated black americans. If it wasn’t for black Americans risking their lives for equality, many Black immigrants wouldn’t have the opportunities or a Black President. I’ve been called an “Akata” by more than one African, they didn’t know I knew the meaning of the word. I’ve been told by people from the Caribbean that black Americans are lazy and dumb. I’m a Black American, so, therefore, am I to think that” we’re all lazy and dumb?” That’s the disrespect I was talking about. However, I don’t think that the way these people behaved is indicative of the behavior of most African and Caribbean immigrants. Blacks in america do NOT think they are owed something….that is what your white (French/British) oppressors have taught you to believe about Black americans (divide and conquer).

First of all, let us set a few things straight: In the U.S., the majority of people who are taking those “handouts” from the Government (food stamps, housing assistance, etc.) are predominantly HISPANICS, not black americans. There are more and more black americans enrolling in college, most of them being black women. Non-American blacks tend to feed into the stereotype that all black people are lazy, uneducated and ignorant. Where I am originally from (Detroit…which is 70% African-American), most of the families there are very hard-working. This was even true during the Civil Rights movement in the 60’s and 70’s (there were not a lot of educated black americans during this time). My grandfather worked so hard at the auto factory that he gave himself a heart attack. My mother put herself through college (paid out of pocket), eventually earning a Master’s degree in Nursing. Also, from my understanding, the amount of non-American blacks, that come to our country often come with little to no education with absolutely nothing. Statistics show that they come to our homeland, profit from our education system, then take whatever money they earn on our turf and send it back to their families in whatever country they originally came from. By the way, those “government assistant” programs they speak so poorly of, is what helped them get in our country in the first place, and possibly assisted them in earning an education in America (i.e., Affirmative Action, FAFSA, etc.). They profit from our country (which was mostly built off the backs of Black americans), and then turn around and spit in the faces of the people who paved the way for them. They need to rethink their comments and save their stereotypes. *pointing a finger in the location of your original homeland* If you cannot give respect where it is due, then stay quiet or go back to your original birthplace.

The realistic and undeniable lack of unity that exists between culturally diverse blacks is painfully obvious. Uncertainty, lack of knowledge and appreciation for difference is the governing factor that seems to increase the divide. The pain between the three is like a bad breakup fueled by a painful past, media brainwashing and accusations of one against the other lack’s the intimacy and commitment of ancestors long gone.

the system of white supremacy oppresses us all.......
B

you all can leave the most of the Caribbean out of this discussion thank you. Haiti is another story, and not part of latin caribbean. Most of the islands have their own functioning governments and yes we do immigrate to the US. At least here in the DR our perception of black americans is mainly due to those that come here on vacation. we don't understand why they click together and seem to move as a herd. They are also very loud and disrespectful of the people living here. referred to as the jetblue crowd.


And Destee needs to change my flag! 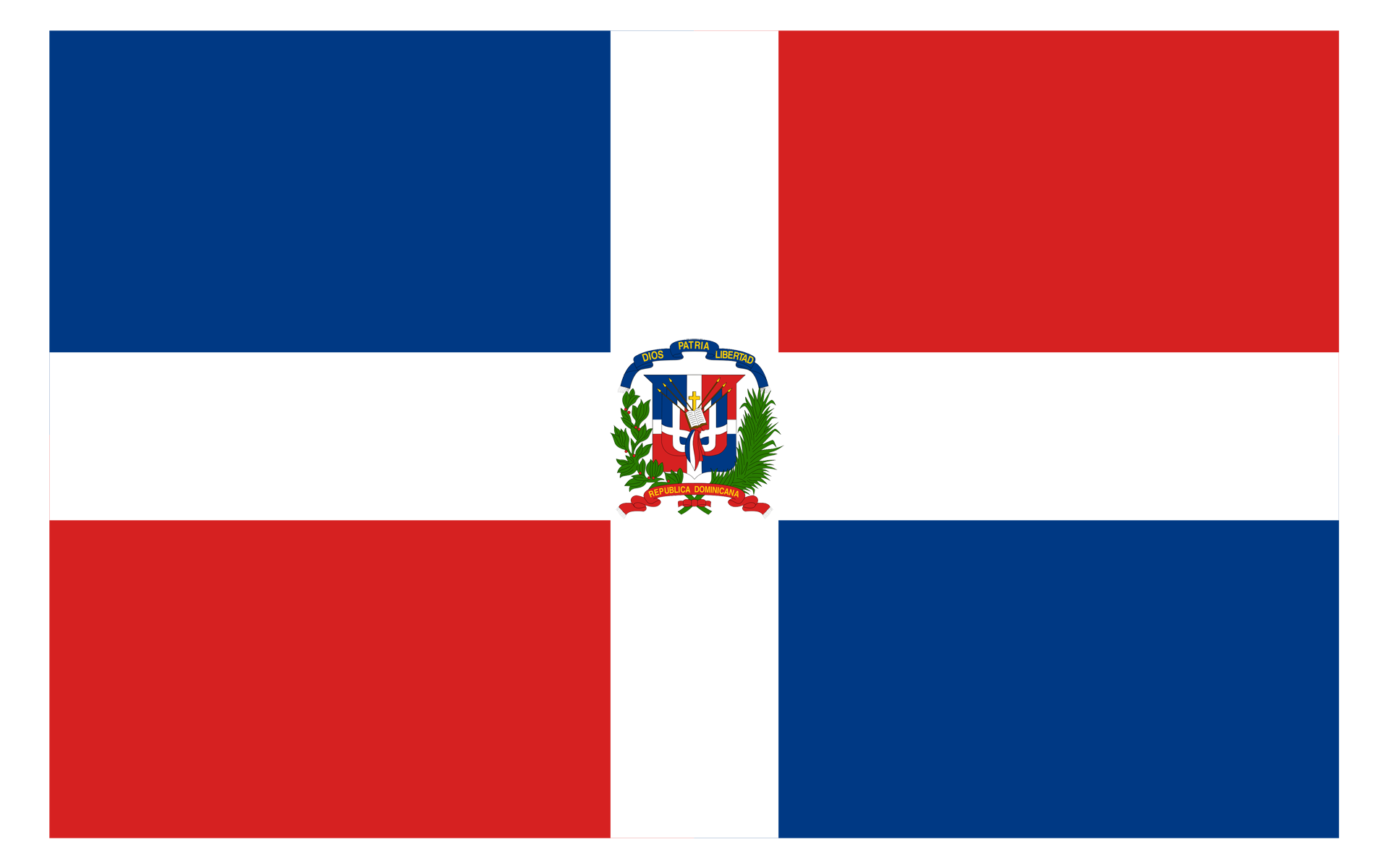 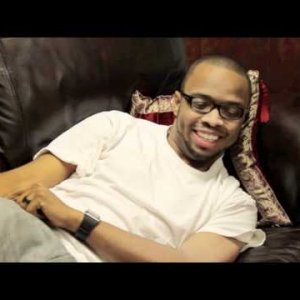