Charles IKS said:
Did you ask your wife about the sacred waters that tell you where you are from?
Click to expand...

Not yet Brother Charles. I will ask her to ask when she goes to Ghana next month.

To get back to the topic of this thread. I came across a disheartening report while searching online. Of course, it should be viewed with skepticism because I can not vouch for the intentions of this person.

However I had a weird experience with my mother in law who is from Cape Coast. One day my mother in law was speaking to my daughters about the slave castles (dungeons) very casually in what I interpreted as a weird sense of national pride. She bragged to my daughters that Ghana has castles and that she will take my daughters to see them when they visit Ghana. The following breath was "That's where they kept the slaves." Her voice showed no solemnity but was rather beaming with again what I saw was a degree of pride.

It was rather off putting for me because even though I know she didn't mean any harm she seemed too happy to tell my daughters about castles in Ghana that may have housed some of their ancestors. The comment was made in response to my daughters asking her if they had any castles or palaces because she had told them that they were of royal blood where her uncle is the present chief and in Ghana my daughters would be viewed as princesses because of it.
Here is the report I found just today. I know it is not representative of the thoughts of all Ghanaians but dang Jenna!

"When we first entered the castle we started our tour. We learned that Slaves were not just randomly round up within Africa. When Africans were sent to these castles it was because they were criminals and had been caught for something in their area. For men most were theives or they were trying to overtake governement officials, rebels basically. For women it was mostly adulterers that were sent to the castle."

Hopefully this is not what is being repeated on these tours inside the dungeons. If so, it sounds like the ones doing the educating need to be educated. It is not flattering to hear that one's ancestors were enslaved because they were the low lifes and scum of the society as if their enslavement was justifiable especially when this was not the main reason people were enslaved.

Brother Blackbird, the Ayigbe are truely a spiritually POWERFUL IN REALITY! Its not a hearsay. I have an Ewe friend who testifies to it. After junior high school, he was taken to ANLO to familiarise with relatives. He sneaked back a day after, with the excuse that he couldn't stand the sight of Gods abound. I have lived with some, here in Tarkwa, so, you know where am coming from.
C

Akanyi Kwesi said:
Brother Blackbird, the Ayigbe are truely a spiritually POWERFUL IN REALITY! Its not a hearsay. I have an Ewe friend who testifies to it. After junior high school, he was taken to ANLO to familiarise with relatives. He sneaked back a day after, with the excuse that he couldn't stand the sight of Gods abound. I have lived with some, here in Tarkwa, so, you know where am coming from.
Click to expand...

Brother Kwesi, are they open to do spiritual work or outsiders like say, African-americans?

Wow, I have to say I am touched by this line of conversation, and the mood and sense of the two videos.

As I've said elsewhere since becoming a new member here, that my life has been touched, and changed, by friendships with dear Africans from the Ivory Coast and Uganda. My Ivory Coast friend often said how she would like to take me on a tour of her country, and how I would love to have done this, and still do. She is back home, the others of her family are still in Indiana, USA, where I met them.

I have lost touch with my Ugandan friend, a Catholic nun who went to convent partly to escape the ravages of then leader Adi Amin, and made her vows to the church. She speaks 7 languages, and as I recall, has two masters degrees. She told me much of African society in her country, of male dominated tribal customs, of female circumcision and other cruelties to females which has made her a strong advocate for women's rights and, because of it, her life has been threatened. I've lost touch with her, having left on a mission to Zimbabwe she was asked to join. I last heard from her by an email from London airport in December, 2012 I think, or 11. A beautiful friend who I miss dearly.

I make this post, also, because some time ago on MySpace I was engaged in a deeply interesting conversation with an African group. Part of it had to do with of expatriation of African Americans to the homeland. It wasn't Ghana specifically, however. But the general theme was a reported poll that indicated close to half of African Americans polled would seriously consider going back to Africa to help restore her ancestral pride and heritage, while most would prefer to remain in the United States. I have no idea of how accurate that alleged poll was. I'm also generally aware that Libya's Gaddafi was a strong advocate of a "United States of Africa"...and since our foreign policy debacle in which he was ousted (I also recall supported by Minister Farrakhan in a rather lengthy speech).

From my dear Ivory Coast friends, I also have learned of differences of perception between African immigrants to the U.S. and native African Americans as descendants of slavery. That Africans are often viewed by American blacks as arrogant and some of that African male dominant mindset is also part of it, while Africans are often made uncomfortable by American black culture. I've observed that from both sides.

Also, back around 2006 I fell for a lovely Nigerian girl, and we exchanged emails, talked on the phone, for about a year. Yes, she later admitted to me she was a scammer. At the same time, she explained (and I believed her) that she had to earn a living somehow. Usually, scammers are looking for American men to marry and bring them to the U.S. so they can get a "green card" for employment and limited citizenship. One thing that impressed me about this lady was when I suggested I came live in Africa, she did not object. I had separately contacted newspapers in Nigeria, approaching them as being willing to be a visiting American journalist, willing to live and work in Nigeria. I actually received an offer of a "paid" seat on a flight from NYC to Lagos, Nigeria, for a musical concert sponsored by the newspaper and featuring several American artists.

I almost went. But I did not have the money to expedite my passport and make a connecting flight from Indianapolis, IN, to NY to catch that free flight to Nigeria where I would be interviewed by the editor of the newspaper, and of course meet this lovely woman and see what good things might come of it. Of course, later my travels to California to marry again in early 2009.

I still communicate with my Ivorian family in Indiana, and my dear friend who is back home in Abidjan, with her mother (who I met, an amazing woman of great dignity and intellect and kindness), and two older brothers and their families who I have not met.

It's hard to express the impact, and the love, these friendships have made on my life. One summer evening, like so many others, my lovely Ivory Coast friend would be sitting with me in the car after I had brought her home, and we would often talk into the wee hours. And this one night I will never forget when she turned to me, in her beautiful way, and said, "Jon, you are a white man....and yet your heart is black."

For a short moment I didn't grasp what she meant. And then it hit me. My beautiful friend had given me the most wonderful compliment.

D
Ghana : Even African Americans are considered "obruni" in Ghana
2 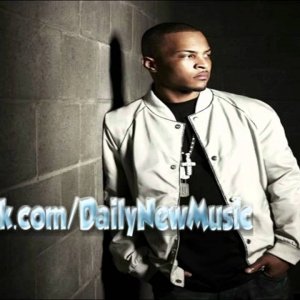