Black People : African-American’s Buying Power Projected to be $1.1 Trillion By 2015

In 1901 the Socialist Party of America, after much ideological and political struggle, emerged as a coalition of various factions within the socialist movement. It had conservative, moderate and revolutionary tendencies within its ranks. Eugene V. Debs, an organizer of workers in the railroad industry, emerged as a charismatic figure, the party’s political candidate and a public spokesperson for the socialist movement.

African-American figures like W.E.B. DuBois, Hubert Harrison, Chandler Owens, A. Philip Randolph and W.A. Domingo joined the Socialist Party after its founding in 1901.

In an essay published in the International Socialist Review in November 1903, Debs reflected on his experience in Yoakum, Texas, when he came upon a group of white men at a railroad station who made disparaging and racist comments about African Americans.

In this essay, entitled “The Negro in the Class Struggle,” Debs described these racists as “the foul product of the capitalist system and held in the lowest contempt by the master class,” who nevertheless deemed themselves superior and in this reflected “the hatred of their masters.”

Debs went on to proclaim: “The whole world is under obligation to the Negro, and that the white heel is still upon the black neck is simply proof that the world is not yet civilized. The history of the Negro in the United States is a history of crime without parallel.”

The African-American Civil Rights Movement (1955–1968) refers to the movements in the United States aimed at outlawing racial discrimination against African Americans and restoring Suffrage (voting) in Southern states.

This article covers the phase of the movement between 1954 and 1968, particularly in the South. By 1966, the emergence of the Black Power Movement, which lasted roughly from 1966 to 1975, enlarged the aims of the Civil Rights Movement to include racial dignity, economic and political self-sufficiency, and freedom from oppression by white Americans.

On June 5, 1981. This is the first publication of what would come to be known as AIDS. By the time the report is published, 250,000 Americans are already infected.

The report does not mention the race of the five men. “The first five patients were white,” remembered Gottlieb. “The next two were black. The sixth patient was a Haitian man. The 7th patient was a gay African-American man, here in Los Angeles. Most of those first patients died within months. We had no information and no treatment.”

More than 30 years into the HIV/AIDS epidemic, African Americans represent half of all new cases in the United States. How did we get here? This timeline explores the decades of events leading to today’s infection rates — and the activists and leaders who stepped up to fight AIDS in black America.

African-American’s Buying Power Projected to be $1.1 Trillion By 2015

Group is the second largest racial minority in the country

There are 43 million African Americans in the United States, 13.7 percent of the total population, the second largest racial minority in the country. The median age is 32 and 47 percent are under 35 years of age.


In thirty year progressions from 1865 to 2015. ​
Note the activity, the down fall and the rise possible within the black community.​
When we didn’t ride the buses in Montgomery. We didn’t say a word.
We just decided not to patronize those who did not treat us with respect and dignity. Those who did not respect us with eating establishments like Woolworth.

When we boycotted Denny’s that was in response to being disrespected again in an eating establishment.

Starting today, what will the discussion and decision be?

It didn’t cost a single Black person a dime to do the movements we made.
Yet we relinquish our power by not thinking it thru.
To target the market in such a fashion that it responds.

Is and has always been within our reach and is free to do and powerful.


It would be affective and make a difference. ​
Let the walk express the talk we don't have to make. ​
Just "DO IT!!!​
Let’s say for one month. ​
We don’t watch television… isn’t it a distraction? ​
A liar and a tool. ​
Give that up and watch the changes. Then get creative.
For that month we meet here and on our other social networks and enjoy ourselves.
Just let, and give television a chance to responds and correct.


Control of our time and money is ours alone.​
Now why did I pick 30 years as measure?

Well the magic is in the number 3.

In science three is working all the time.
It doubles things in a positive way, or decreases things by half.

Double your positives and decease your burdens by half.
Oh… Happy Day.
Last edited: May 29, 2014
" If you know something is wrong or bad.

What are we going to do with the Power?

Yea, though I walk through the valley of the shadow of death, I will fear no evil: for thou art with me; thy rod and thy staff they comfort me.
Click to expand...

Tell Me why are We, so Blind to See
That the One's We Hurt, are You and Me?
Click to expand...

Power and the Money, Money and the Power
Minute after Minute, Hour after Hour
Click to expand...

What We are Wasting is " Our Spending Money Power"!

Thinking positively and optimistically, one day, we will settle our differences on an individual and group basis and become as one people in a monolithic way; hopefully.


HODEE said:
What are we going to do with the Power?

Clyde C Coger Jr said:
Thinking positively and optimistically, one day, we will settle our differences on an individual and group basis and become as one people in a monolithic way; hopefully.
Click to expand...

We had this talk a few weeks ago, I know brutha Old Soul made a good point, and that is trust. But as you said, we have to work as a group. Also, we have to be willing to give up something in order for us to be heard. Old Soul is right on the money when he says this.

Enki said:
We had this talk a few weeks ago, I know brutha Old Soul made a good point, and that is trust. But as you said, we have to work as a group. Also, we have to be willing to give up something in order for us to be heard. Old Soul is right on the money when he says this.


With this kind of buying power imagine what this could do for black businesses.
There is work to be done...but we MUST WANT TO DO WHAT IS NECESSARY. 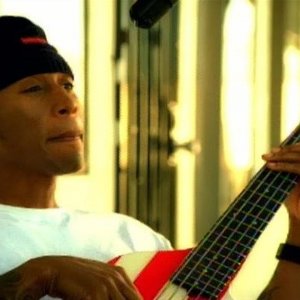