Omowale Jabali said:
Read number 5. There is growing investment and increased entrepreneurship from within.

For example, here are my brothers in Kenya.

As far as blogs are concerned.

Great find, I've been looking for more evidence of my point, you are right in exact brother, a tracker like Occoshi.

KingSango said:
Great find, I've been looking for more evidence of my point, you are right in exact brother, a tracker like Occoshi.
Click to expand...

When the Rana brothers of Mabwa (one of the links I posted) lived in LA and attended the university with me they planned on establishing a telecommunications company back home in Kenya. Elder brother Aly served on Kenya's delegation for awhile to the WTC and Hanif now heads a ministry in Kisumu. They promote local business development and seek input and investment from Africans in the Diaspora. But too often we more talk than action.

As far as telecommunications is concerned, the following is the source I mentioned on Google plus. It's a growing network throughout east Africa. I follow a lot of similar news services based in Africa and also recommend the Livestream site.

KingSango said:
I had this debate with Alarm Clock, first off bless the brother, but our debate is one that should continue with all of you included. The debate has to do with Black Nationalism, its true meaning and focus, I will describe what it means to me.
Click to expand...

KingSango said:
I am in the same belief structure as Delany that we should unite by ourselves, Marcus Garvey also believed that Africa should be for Africans and those of African descent, Elijah Muhammad and Malcolm X also believed this, what do I you believe? Black Nationalism means a Black Nation we control, we are the Kings and Judges, we control the economy of such nation not our enemies.

So the question is should we be concerned about what happens in America? Yes, we should prepare ourselves for economic collapse of America because it is coming soon to a theater near you. We should store food, supplies and emergency medicine and supplies, we should be prepared to protect our families from the chaos that will ensue due to this coming collapse.

But we shouldn't focus our invest here because history has shown us our enemies have too much control and will destroy any such efforts. But lets say we invest in Africa what will be the benefits?

Its hard to find information about investment in Africa on the internet, not because it doesn't exist but there's been a deliberate cleansing of this information, lots of blogs posted by Africans have been deleted. I find that odd seeing that there's blogs that sit on the internet for years and never get deleted only the ones concerning encouraging us to invest in Africa.

So now to the benefits, basic living is the most crucial benefit we can obtain from investing in Africa, basic living is simple to explain. When we have we've land colonized that we can build on and farm on we can eat as well as live. Booker T. Washington made Tuskegee an agricultural center for this very reason, not having to pay for food or rent saves you a lot of money.

So think about how much a chunk of your money goes into food and rent, mortgage, then you will see what I'm getting at. Booker T. Washington also founded trade into the Brick industry which at the time many American homes were made of wood, so this put a lot of Blacks in business fast because this was a growing industry.

Without industry basic living is just village life and there's no growth and nobody wants to return to living off the land but not prospering. But when you have basic living combined with industry you have the foundations of civilization. We can never have such here in America, there's no industry we control or Whites will let Blacks control.

This is why there exists no independent economic Black center, many people say Atlanta is but that's a farce. Even the independent industry with all the wealthy Blacks is a false reality because Whites i.e White Jews control everything from T.V, Radio, Sport Stadiums and Teams,Manufacturing and distribution of products, when you see Blacks make millions but Whites are making trillions off of their entertainment slaves.

My point is this Black Nationalism is about our own Nation and the best land is in Africa. There is raw material and resources in Africa, plenty of farmland that needs developing, our own people to invest with and form alliances, we can do this.

Anything we profit over there could be used to expand over here, Asians are a prime example of this for when Southeast Asia grew economically Asian Americans benefited from the trade and commerce, there's classes even on this.

There is lots of examples of Blacks making Billions there and there are more Black Billionaires in Africa than anywhere else and for good reason. So this is just a simple economic and political comparison so think over it. Thank you. I look forward to your discussion and debate.

Isn’t ANYONE who genuinely believes they are not programmed ​
graphically illustrating that their programming is COMPLETE?​

Black People : Unless there is Black unity in the Motherland , Africa may become the nw Military theater 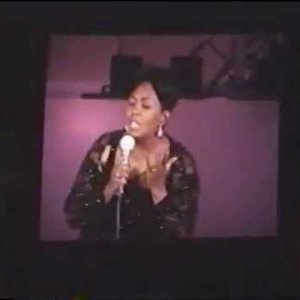