Greetings to you all,

This is your invitation to join/support the new APU, founded on 4 september 2002. Below is a brief discription of the place the APU takes in the greater scheme of things.

It is therefore not far fetched to say that this is the level on which the fight for freedom, dignity and control of our destiny will be won.

There are already a number of organizations working to empower the grassroots of African people, the most notable and organized being in the diaspora.

A good example of this would be the PowerNomics Broadcasting Network (PRN). Structured on Dr. Claud Anderson's Powernomics book, designed to be the advertising arm for the growing number of PowerNomics-based businesses and industries, it is dedicated to using its talk-programming to make Black America self-sufficient and competitive, and is one of the first organizations authorized to use the PowerNomics® name.

With its main office in Washington, D.C., PRN’s goal is to expand its coverage to a minimum of 30 urban areas nationwide within the next two years. As a Black-owned and operated facility, the PRN will provide affiliated radio stations a full menu of heretofore unavailable Black programming – the best radio talk shows, entertainment, and news. Today, PRN offers effective advertising opportunities which will soon be on a 24 hours basis.

The APU fills the African continent side of the equation. We aim to use methods used by named organizations and many more to empower the masses. We want the masses to finance and run their own businesses, to structure and lay their own electronic networks benefiting Africans. We want to free Africa from colonialism and its vestiges, the main impediment to progress on the continent. We want to enable Africans to benefit from their sweat, and give benefit to other black organizations throughout the world.

The Apu's approach to the empowerment of the grassroots includes the methods of the organizations mentioned above, and others.

We however go a little further than this, and this is what makes us unique from the rest: unlike these other organizations, we are on the continent: on our own land.

It flows naturally from this that owning this land by freeing it from the neo-liberal agenda forms the political objective that the APU has, which the others cannot have, an agenda I view as paramount in importance because the gains from present programs are easily lost in exigent times, since they are on weak foundations if the motherland is not free and available for rescue should the need arise.

Get more information on the APU at http://apu.mukazo.com 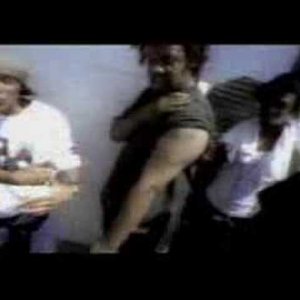