Africa : Africa Is Not in the Picture

"Africa is not in the picture, Africa is irrelevant. It accounts for only four per cent of the world's trade. So it is not really important for the future."

[DISCLAMER: The views expressed above or in the article are not the views of the poster nor does the poster agree with them.]
K

"The question before us, therefore, is not whether globalization is good or bad, but rather how we adapt our policies, priorities and personal choices to account for the realities of a new era. In a world without walls, we can no longer think and act as if only the local matters, as if we only owe solidarity and allegiance to those within our own city or state.

Such a world demands that we tear down the walls in our own minds as well – those separating us from them, rich from poor, white from black, Christian from Muslim from Jew -- so that we are able to recognize the untold ways in which we can all benefit from cooperation and solidarity across lines of nationality, race or economic development. Whether it is the area of crime, health, the environment, or the fight against terrorism, interdependence has ceased to be an abstract concept, and become a reality in our own lives."

Is Globalization the new Imperialism? How can Globalization benefit the people of Africa, not just its white & American/European owned corporations. These are the real questions that need to be asked.
K

"Is Globalization the new Imperialism?"

Answer: Yes, in its present stage of evoloution and development that must be TRANSFORMED to serve the 7 billion of the world and not just the rich elite.

"How can Globalization benefit the people of Africa, not just its white & American/European owned corporations?

Answer: with a "one world global minimum wage and a global one value currency; not a dollar, yen or euro but a one world global currency of the same value for all nations and peoples.

That way a worker in Africa or China gets paid the same value of currencey as that of a worker in Europe or America.

Therefore, corporations will not ship manufacturing to undeveloped nation for cheap wages because there will be "NO cheap" labor because, everyone in the world will be paid in a currency that is equal in value through out the, whole world.

"Cheap labor" means "cheap people" - people who's life and lives are defined, valvued and considered "less" than other people on the planet, not of "equal" value.

"We hold these truths to be self-evident, that all men are created equal [equality], that they are endowed by their Creator with certain unalienable Rights, that among these are Life, Liberty [Justice] and the pursuit of Happiness . . ." - must become a Declaration of Sovereignty for the 7 billion people on planet earth.

"These are the real questions that need to be asked."

Absolutely, not only must we ask the question but we MUST collectively answer the question with creative SOLUTIONS.

Brother Kannte, as I read your response to Brother Pan, an economic question arose for me. I'm not that well versed in economics so I'm wondering what term you use to define your position of an equalized or equitable global economy? Capitalism.....socialism....has such a term been invented yet? 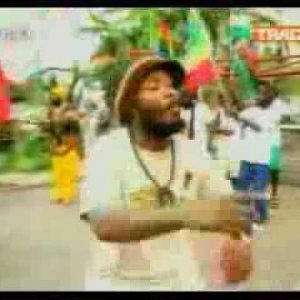