The Centrality of Women in the Moral Teachings in African Society

In Kenya, the ideology which links women with pollution, evil and other negative influences is frequently reinforced and acted out when, for example, a crucial football match is impending between two major teams and nobody wants to leave anything to chance. On such occasions, male players are always cautioned not to sleep with women so as to avoid bad luck and losing to the other team. This belief predates colonialism, and a more plausible explanation for it is that the players are advised and expected to preserve their energies for the match by abstaining from any activities which are considered to be physically demanding. This belief was part of the African dominant ideology during the days of inter-tribal warfare.
Click to expand...

I tried to tell you through SCIENCE that sleeping with YOUR WOMEN as UNMARRIED is DUMB. But dont believe me because it has POPPED UP in Africa's past for some UNKNOWN reason.


Cohabitation and other new experimental alternatives to traditional marriage are prevalent in urban African families. And because modern marriages today break up quite easily, many young people are reluctant to commit themselves to a life-long church marriage. Many African Christians do not marry in church even though they are still considered to be ’properly’ married. The Christian idea of marriage as a covenant for life, as a sacrament and as an enduring relationship of love and fidelity is becoming more difficult to uphold today in the context of delocalized moral values and increased marital problems (Hastings 1973). The mutual commitment to enter into a marriage and make it work seems to be getting replaced by several options. Today, many young couples hastily enter into a marriage with several options and even seriously discuss what should be done if the marriage breaks up. One of the things which is shown by this trend is that the notion of marriage as an indissoluble union is no longer widely upheld and, secondly, that many couples seem to anticipate marital problems and how to deal with them even before they get married. And when things go wrong with a relationship, as they will always do, the partners quit rather than wait and try to work things out. While there is no moral basis for anyone to stay in a marriage which is deeply unhappy and riddled with violence, it is good for spouses to demonstrate a strong commitment to remaining married. But this effect has become less common in many modern marriages than was the case in traditional society.
Click to expand...

I tried to tell you that there is a problem with SEX. I am not talking about JUST DISEASES. I was even told on another forum that MARRIAGE is wishful ideological thinking for TEENAGERS. CONDOMS is a more APPROPIATE and SAFER PSYCHOLOGICAL SANER CHOICE. But it appears they are GETTING SOMEBODIES MESSAGE. If true, things are getting REALLY DUMB. These OPTIONS TO DEAL about MARRIAGE is spreading like those DISEASES. From one AFRICAN to another AFRICAN. It also shows how much FAITH a people HAS in such THINGS. But this is OK. Afterall there are OPTIONS. Those SPOUTING OPTIONS about MARRIAGE must be REALLY GREAT TEACHERS. Dont tell me things are getting REALLY DUMB (less spiritual).

But OH WELL.
I

getting dumb for sure,like alot of us all over the world...

I also noticed how the article talked about contemporary afrikan christians not being fond of marriage but it did not focus on the traditional ethnic concepts surrounding such...

as far as the men not taking on physical activities (ie sex) before a game of football or any other demanding sport is not only a belief in some parts of afrika but also in other nations,with the idea that it will 'preserve energy.'
D

If Africa GOES, then it's really OVER for US but OH WELL

Africa: The Hopelessness of Bearing Children in Poor Sub-Saharan Africa

History has it that in most sub-Saharan African societies, marriage is an important rite of passage. In traditional African society marriage was immediately followed by children bearing. And children meant power in all social economic spheres of life. The more children one produced therefore, the more powerful one grew in the community. And this power was much felt when the big number of the children born were males.

Why do we need to know all this social history? Reason one is that we have been trying to marry traditional ways with the so called modern with miserable results. Instead of getting a hybrid, we end up with one of the poorest breeds. It becomes so calling because it seriously affected our children right from our homes, schools and they end up living a hopeless life.
Unless therefore, we are able to contextualise the issue, we shall continue sending our children in schools only to end them in a small hell.
Today, the trend is very different and actually perplexing and complex. The problem seems to emanating from trying to mix modernity with traditional ways. Forming a hybrid out of this has failed and often ends up in miserable poor breeds.

The choice of a girl and boy in marriage largely depends on material thongs or on the degree of despair of one of the partners. One may be desperate because of reasons ranging from poverty, has taken long in celibacy, betrayed, under family pressure, 'overage', perceived as ugly by the society, an outcast because of her clan lineage etc.

It is under these conditions that we see marriage taking a different dimension. The child bearing objective that was given great importance in the traditional society is no longer an issue in the so called modern marriage. And no wonder child abuse is on the increase in all communities of Rwanda for example in different but similar environment.

Women have produced children that they have refused to breast feed so that they maintain their breasts stiff and keep looking young and attractive. This is the beginning of abuse!

As if this is not enough, the woman leaves the child to be looked after by a house girl. These house girls are normally between the ages of 9-17. In fact a baby sits another baby. The two babies are left behind in a house where they are subjected to all forms of abuses including sex abuse. There are redundant and young and men who stay behind as house boys, unemployed preys on these innocent babies left behind. All these happen when the mother is away for routine job, in church singing hymns, drinking in bars. Of course men do not see it as part of their obligations.

So, if we are to go by the saying that charity begins at home, what kind of behaviours are we giving our children by exposing them to all lunatics and rotten ones? This is a serious problem! The children of the rich and poor suffer equally with few exceptions.

It is therefore not surprising to find that young boys and girls at the age of 12 and above are actively involved in sex. They have been trained!

Go to primary schools, you will be stunned by the behaviours of young children. Be it in rural or urban areas, the difference is the same. And this is really exacerbated when one goes to secondary schools and you would not wish to see what happens amongst our children.

When we are at schools we witness an obvious contributing factor of poor infrastructure and quality of teachers just like the baby baby sitting scenario.

The is in fact an ugly scenario when a well trained teacher whose name is not our interest resigned from teaching complaining that he was tired of teaching couples instead of individual learners. All these go on without the knowledge of parents who only assume that having their children study is paying their school due and buying the good clothes and presents. Alas! You are completely wrong and you better re-visit your thinking. It is high time parents started thinking critically about the future of their children and stop living a resigned kind of life. All parents love their children and they should real learn to love them objectively.

With the ever increasing threat of HIV/Aids pandemic, parents MUST leave their eyes wide open. We cannot afford to live a hen's life where its chickens are left to the mercy of the over flying prey.

Out of school environment is influenced by the behaviours got from homes and schools and no wonder we find these very children involved in sex with thugs of all sorts when they get chance. We should remember that for a child to remain in bad behaviour like drinking, smoking, sex, etc, he or she needs money. This is when the working old people take advantage. The girls are given money to buy booze, styled clothes, shows and dancing, etc, that a parent can never give the children. The boys are given money for similar reasons.

Parents are therefore, called to spearhead the efforts to liberate our children from the ills already facing them. This can be done only if parents admit that they are responsible to a greater extent on the abuse of their children. They need to examine their self first!

Parents should move further to examine what school environment is fit for a child to grow into a 'meaningful' person. They should avoid judging their students welfare and performance in schools on face value.

Education is all about promoting positive behaviour and attitudes.
Lecturer at Kigali Institute of Education (KIE).
Click to expand...

Brother you worry too much

The world is not ending (i.e. the destruction of African people in every conceivable way) is not happening now, nor in the foreseeable future. As long as there are African people existing there is and will always be hope, and consequently the absence of hopelessness. There is only one way to destroy hope: If all African people in the world wholeheartedly embrace a defeatist and victimizing attitude, then hoping is hopeless, because hope cannot exist within a person that accepts their own victimization and defeatist attitude.

Feb 9, 2007
dustyelbow
D
A
Black Relationships : Getting over someone you love
2

Black Relationships : Getting around
9 10 11

L
Black Relationships : Getting tested! when??and is this been taking serius ?is it still a taboe?
2 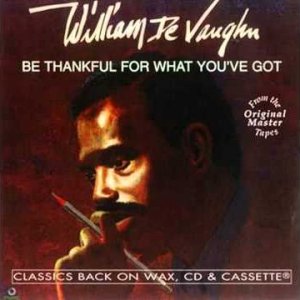