Black Spirituality Religion : According to the bible do women have souls?

THIS POST IS NOT TO BASH WOMEN AND I AM NOT SAYING I AGREE WITH WHAT WAS STATED IN THE LECTURE OR THIS POST I WOULD JUST LIKE TO FIND OUT IF WHAT IS STATED IS TRUE AS I HAVE NEVER HEARD THIS FROM ANYONE ELSE.

I was listening to a podcast the lecturer claimed that according to the bible women do not have souls only men do. His reason for saying this is that he said in the Genesis chapter 2 verse 7 it says And the Lord God formed man of the dust of the ground, and breathed into his nostrils the breath of life and man became a living soul.

He said that women are physical because Adam states in Genesis chapter 2 verse 23 Adam said, This is now bone of my bones, and flesh of my flesh: she shall be called Woman, because she was taken out of Man. He states that man is in the image and likeness of God and women are in the image and likeness of man.In the next verse it says Therefore shall a man leave his father and his mother, and shall cleave unto his wife: and they shall be one flesh.

He claims this means that a woman gets her spirit and soul from her man when they are joined together.He claims that nature has set it up that a woman will end up miserable when they are alone and it is the devil's agenda to use women as a tool to take down men because they have this link with God(feminism, independent women, making men do women's jobs etc). He also claims that having a soul that gives man a divine spark and a direct connection to God thats why most of the prophets were male in the bible and this why when God had a message for the people he would mainly use men. Although he did mention Esther was used to give non Israelites a message but it was not a divine one because in the book of Esther God is not mentioned). He did state that a woman can also get this divine spark through her man.

Throughout the lecture a lady asked him if Eve comes from Adam how comes she does not have a soul.He said that women are from the dust of the ground just like Adam but he mentioned genesis chapter 2 verse 7 again And the Lord God formed man of the dust of the ground, and breathed into his nostrils the breath of life and man became a living soul.

If anyone can expand further on how this topic or how could affect the dynamics of relationships, behaviours, social issues today it would be interesting. Thanks

awaken1611 said:
...I AM NOT SAYING I AGREE WITH WHAT WAS STATED IN THE LECTURE OR THIS POST
Click to expand...

And you also not saying you disagree with it either.

My intuition tells me the description given by the poster has the fingerprints of those who follow the Black Woman-hating school of Nasheed and Sotomyer. We'll be discussing more of this in detail in the room:

The Quality of our Fate depends on how we treat Black Women
https://destee.com/threads/the-quality-of-our-fate-depends-on-how-we-treat-black-women.74798/

Join us there and we'll be going in-depth as to how these guys are working to destroy our Black Women and how our collective fate is linked to that phenomenon.

In the meantime, you should know that young white males had started an anti-woman group called MGTOW (Men Going Their Own Way). Some say this movement's base are gay white guys. Most of their movement is centered around not getting married and how to manipulate and control their unruly women.

When certain black men begin to adopt the tenets of that movement, they begin to make it more vulgar and violent. Having adopted the hate-filled ways of Nasheed and Sotomyer, they begin to say these things about Black Women not having souls.

May I draw your attention to Exhibit A:

E
Black Spirituality Religion : God is a Human Being according to the Bible
2 3 4

Dec 17, 2013
Ecks
E
A
Black Spirituality Religion : What the word Slave means ,according to the bible

S
Black Spirituality Religion : according to the Bible, God has a form..
3 4 5

R
Black Spirituality Religion : The Great Separation....According to the Bible.
8 9 10

I
Black Spirituality Religion : Muslim Are Another Sect Of Christian According To Quran And Bible . 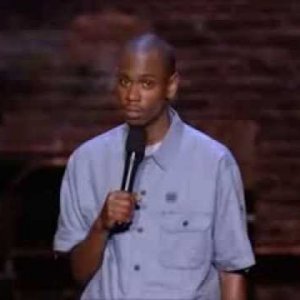