Black Atheists : A Year Without God - A Pastor Ends Losing Job Over an Experiment

Some commentary by Friendly Atheist via Pathos:
http://www.patheos.com/blogs/friend...by-his-christian-employers-lets-help-him-out/


I criticized the methodology — I don’t think you can even pretend to be an atheist simply by reading books by atheist authors and attending atheist gatherings when your religious beliefs are still somewhere in the back of your mind — but I still applauded the fact that he was exploring atheism and wanted to learn more about it.

Unfortunately, exploring faith with a critical eye, as Bell was attempting to do, was a little too much for his employers. Just days after he made his announcement, they fired him until he rededicates himself to Jesus:


They simply feel they cannot have me as a part of the faculty while I’m am in this year long process. Both APU and Fuller welcomed a conversation with me at the end of the year to see about my future work with their institutions. The Deans of both schools encouraged me and said they felt my project was bold and even important and necessary.
…
… My process for the next year does not square with official faith statements and creates untenable discomfort among members. Donors, it is feared, will pull back their donations. My inquiry is the beginning of a slippery slope and they simply can’t risk it.​
Click to expand...

One thing’s for sure: Bell just got a dose of reality from his experiment. A lot of atheists remain in the closet precisely because they’re afraid of the ramifications of coming out. They’re afraid of losing their families, friends, or jobs. Bell lost some of those, just for saying he was exploring life without God.

I hope you can find it in your heart to donate to Bell. As always, I’ll provide proof that he received all donations as soon as I can.
Click to expand...

Black Atheists : Reliant on the idea of God?

Black Atheists : Has God Ever Spoken To You?
2 3

Black Atheists : Atheism - A History of God (The Polytheistic Origins of Christianity and Judaism)

Black Atheists : "Evil, the New Atheism, and the God of the Trinity" - Jacob H. Friesenhahn 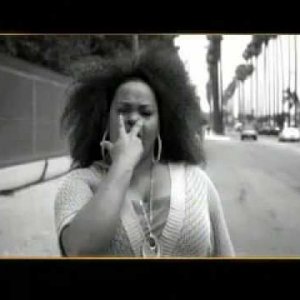