Omowale Jabali : A Word from Atlanta

omowalejabali said:
This is brother Omowale. Moved to Atlanta about two months ago and still cant find work. I was canvassing two days with an environmental group in John Lewis' district and it was an eye-opener. As a old (50), Black male I got 3 strikes against me here and one more....Im straight.

ATL has been hyped as the 'Black Mecca' and more recently as the 'DL Capital' of America. One thing I find since I take the bus and MARTA since I no longer can afford to drive is that from the Mayor's office on down, there are a lot of LESBIANS running city hall and the 'activist' groups and civil service agencies.

Excuse me if I offend anyone with this but its an open forum. When I see all these young Black WOMEN sagged out dressed like dudes I think that Brother James is correct concerning the negative influence of 'hip hop'.

Job hunting is also a waste because most of it has to be done on the internet and alot of the agencies are nothing more than phishing scams.

Im posting this openly for a few folks who wonder where I been. I dont know when I will be back.

Im down to a dollar and change. If the Black 'leadership' here is any indication they out to get theirs and I doubt if a 'Black President' would effectively change the conditions I see on the West End or the Underground.

The only Obama for President sign I seen is one in Buckhead.

I live in Atlanta. I agree that it is not all what the hype makes it up to be. I’m wondering who is peddling all the propaganda. It sure isn’t those of us who have moved here from elsewhere.

Yes there are an overwhelming amount of bold lesbians here. I don’t think it’s fair for you to blame that on the Hip Hop culture. I know ‘butch’ lesbians that don’t even listen to Hip Hop. It’s their being butch that has them dressing in that fashion. That is how they perceive that a man dresses. Would you prefer they wore a shirt and tie?

lite16 said:
I am feeling you Bro. Omowale-
I'm in Atl and thinking of making that move back up north. MetaSaience- I do need to get more acquainted with the artist community here since I am in the business of art and commerce. (my own venture) The only way I see making it here is through self employment. I'm there, but I need some capital which is why I'm thinking of going back to NYC. I want to wait it out because I feel that there is much potential here, but I also do not want to go completely broke and crazy so..basically I wish I knew a sage of some kind to see. I really want to make the right decisions this time. So, Bro. I feel you and everyone else who is roaming trying to find home.
Click to expand...

Thanks for the response. This is my own dilemna. I exhausted my resources in Dallas (partly to a health condition) and found that I had moved to far north (Denton county) to really do what I planned initially with the arts community in Dallas. Which was to open a performing arts institute. Commuting was a major problem so I got stuck listening to the wrong advice.

Hmm. I tried Las Vegas last October with same result. Listening to the wrong advice. This time from family so I went back to sell home in Texas. I got family still mad at me for leaving.

Atlanta is strike three. Similar scenario. Listening to the wrong advice but now Im in a 'dependent' situation. I got folks here I can network with from the internet but they are struggling to make it like I am. I been doing my own web site development and social networking for most of the last three years but exhausted my resources.

Self employment, being self-sufficient is the ONLY way to go but thats difficult when you are living in someone elses space (friend or family) who doesnt really understand not only what you are trying to do but what level you are at and what you have accomplished. Suggestions often are mandates or 'dictations' passed off as advice.

At this point I feel like 'Moses' who spent his life (okay if he didnt really exist im speaking metaphorically) trying to liberate his people only to find them calling him a crazy old man so he left and returned to his own spirituality away from his family, which had fallen into idolatry.

If you in ATL then you also know I posted last night before it started raining and I joked about Shango then came the lightning.

So, this crazy old man dont take those kinds of signs litely.

This aint no 'Black Mecca'. This is straight up spiritual Black BABYLON. With a lesbian Black mayor at the helm. So what options do you think you really have if you dont 'swing that way'.

Jazzytude said:
I want to say ..."Keep your head up" my brother!!! I know a few peps out there who might know of any work...but I don't know what you do or have done. But I heard you say last dollar and ...that tells me for right now that something is better than nothing.

Now as for the gay thing I know exactly what you are talking about and guess what...I herd the men is just as bad with that gay thing out their too. And folks wonder why I run my mouth about the black family and our choices of. Regardless tho...I don't care what they do it is their life but dont be getting the kids all messed up having them call women men and men women.

WE really do need to start looking at our sistuations as a whole...all the hype and I can see straight thru. If we think Obama is going to be the great GRAY Hope than we have more problems than I thought. I am not satisfied.


My people like and play into that ...it look good than it must be good thing. Well not this sistah...even if he do become president what makes me think he will do the right thing...what... the fact that he is black?....NOT!

I really do believe that things will start to change in the next year drastically but will it be for the betterment of the american people that remains to be seen. I tell you one thing if he do win and don't do something about reperations...it will be his last term. I will make that happen!!!

Thanks for the response. I agree with your points but can only relate ONE thing based on limited experience. The Black gay MEN do not RUN hotlanta.

Think about what I just said.

Zulile said:
Thanks for dropping us a hello, brother omowale - Although the news isnt too good, hearing from you is. Take care!

I had to post this because of a few PM's that I got to let folks know Im OK but also for open discussion and a few folks have also made some statements concerning Barack Obama.

Well, I SEE thing headed into a direction, sorry to say, that spells ruin and disaster. I spoke of this place as the Black Babylon but its suburbs are like Sodom and Gomorrah. Not really the suburbs. Midtown and Intown. With mostly black folks hanging out in the underground and downtown.

This is not so-much as Chocolate City with Vanilla Suburbs (see George Clinton) but the suburbs are more 'Neopolitan' in 2008. Or more like a fudge sundae. Mostly republican.

The Black democrats and 'activists' are largely 1) aging Nationalists who have marginalized themselves), 2) Obamacons, and 3) dejected Hillacrats, a large numeber of which are the new Reagan Democrats rallying as the 'Hillacrats for McCain'.

Forget Orwell's 1984. This is back to 1980. Get the point yet? Obama CANT win and if he did he has already been NEUTRALIZED and capitulated to the Zionists. (See that speech to AIPAC the day AFTER he clinched the nomination).

The Obama is the front-man for the New Neo-con Agenda. I voted for him. Campaigned for him. Defended him but always remained critical of what I saw as the weak point. Having to capitulate and appease the Zionists.

I am largely BROKE as a matter of choice. (I KNOW that sounds silly) but months ago I talked about 'divesting' myself from the economy. Think I got an 'incentive check' in the mail? Anything I do make the IRS will sieze. I know these things and would probably be better off in Guantonimo Bay.

The point is Black folks get into postitions of power and historically mislead the masses then enfroce policies and legislation that favor non-Black lobbyists, then their TOKENISM provides rationalization that Racism and Race no longer matters and the demographics on the street tells another story that these middle class sell out KNEEGROWS wont acknowledge.

But they still will send us emails asking to donate our life savings and a lot of people have been doing that (poor clinton folks) only to see high salieries and fees paid to lobbyists while rank and file campaign workers are asked to volunteer and serve as interns because the campaing goes into debt, cant afford to pay part time health care benefits, or in Obama's case, he runs a campaign against lobbyists then finds one of his main advisors working for one of the main special interest groups he claims to be agianst.

So what the point. For once I will go Biblical.

"All hypocrites and liars will be destroyed".

Sorry if these words offend anyone but this is what I see and feel at this time and a Black Man in a White Man's House aint gonna change that anytime soon.

I lived ther. I hated it. Would rather pay 4X as much to be in New York. Packs of gays everywhere! SMH 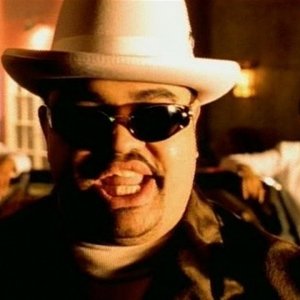