Omowale Jabali : A Word from Atlanta

This is brother Omowale. Moved to Atlanta about two months ago and still cant find work. I was canvassing two days with an environmental group in John Lewis' district and it was an eye-opener. As a old (50), Black male I got 3 strikes against me here and one more....Im straight.

ATL has been hyped as the 'Black Mecca' and more recently as the 'DL Capital' of America. One thing I find since I take the bus and MARTA since I no longer can afford to drive is that from the Mayor's office on down, there are a lot of LESBIANS running city hall and the 'activist' groups and civil service agencies.

Excuse me if I offend anyone with this but its an open forum. When I see all these young Black WOMEN sagged out dressed like dudes I think that Brother James is correct concerning the negative influence of 'hip hop'.

Job hunting is also a waste because most of it has to be done on the internet and alot of the agencies are nothing more than phishing scams.

Im posting this openly for a few folks who wonder where I been. I dont know when I will be back.

Im down to a dollar and change. If the Black 'leadership' here is any indication they out to get theirs and I doubt if a 'Black President' would effectively change the conditions I see on the West End or the Underground.

The only Obama for President sign I seen is one in Buckhead.

THERE IS ONLY ONE BLACK MECCA AND THAT NEW YORK CITY ESP. HARLEM. ALL THESE PEOPLE MOVING DOWN THERE AND THEN THEY HAVE A EYE OPENER. I KNOW MANY PEOPLE WHO MOVE THERE AND THEN WENT STRAIGHT BACK WHERE THEY CAME FROM ONCE THEY FIGURE OUT IT WAS NOT WHAT IT CLAIM TO BE.
I

I know you can make it out of this situation because you made it out of a similiar situation before and simutaneously dedicated yourself to others. I got relatives down in "A-town" and they tell me exactly what you are saying. May Amma bless you with all you need and then some.

Bro. OM- if I couldn't make money online I guess I would be in the same boat too- for the other clients I have around the city business is slloooowww. If I didn't have savings I would be in a terrible jam right about now.

And as I mentioned on another thread about all the Atlanta hype, the cost of living might be low here but the job situation is terrible- that is if you don't have the resources for your own hustle or business. I'm glad you noticed the "black leadership" because that is precisely what people need to see- which is why I still say it will only be through inspiration that a Black President will change anything in this country....but that doesn't stop me from profiting off a few Obama T-shirts...hey, business is business. Non-Jews have to eat too.

Those sagged out Black Women have become the norm here unfortunately, sometimes I forget they are there until someone points them out. It is depressing to the highest degree, it took me three tries to get it right here - in the end I settled for less money but I used it to build up to doing the freelancing I do now. I still have faith in this city, minus the knuckleheads you see running around there is potential hidden. But I guess that's the case with any Black dominated city right?

I was lucky not to struggle in Atlanta that much, my struggling days was in Florida- I found myself working "labor ready" with a crew of rednecks. I see the same situations here in Atlanta too, but most Brothas have to grab a lawnmower if they really want to make money. Grass makes me itch, I can't do it. Or mobile detailing, I did for some time. I was working with a Brotha that was making like $350 a day washing cars in Buckhead, he paid me $80 a day and I was fine with it. It's been almost 8 years and I haven't worked for a White person since I've been here.

I would check on craigslist.com, there are some real jobs on there, I still find some projects on that site. Right now, if you can figure out a way to get gas back down to $3.00, then you have a job.

Considering your skill level, something has to show up eventually. I'll keep an ear and eye open.

NOW THATS FUNNY, BECAUSE NOW THEY PUMPING UP DALLAS/FT WORTH AND HOUSTON AS THE "NEW" BLACK MECCA BECAUSE OF THEIR UNDERVAULED REAL ESTATE AND LOW UNEMPLOYMENT 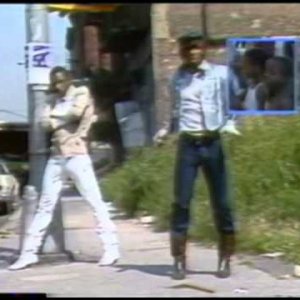