Black Christians : A true devotee must always express that the will of God should always happen either in his case or in the case of the others

Punishment for the sin is not for revenge.

It is only for the transformation and development of the soul.

You should always thank God more in difficulties.

Punishment should be treated as reward.

Punishment destroys the ego and imparts purification resulting in progress

God is the real father, who is always a real friend

Every human being is having the golden opportunity to submit to the will of God.

Swami replied: The main point is about the real love. The father in this world is not having real love towards his children. The real love is always recognised in the purification of the soul. If the defects of the children are not given punishments impartially, such love is not real. If the father saves the child from the punishment, the love is false. The father generally scolds and punishes his children for the wrong deeds. But if the son committed a murder, will any father hand over him to the police? In such case, the father will hide him and tries to save him from the punishment. But, God is not like that. God gives punishments to his children as per their sins without any partiality. Both father and God reward their children for their merits and this context cannot differentiate God and father.

God is having the real love towards His children since His aim is always to uplift the soul through purification rendered by punishments. Punishment for the sin is not for revenge. It is only for the transformation and development of the soul. Punishment should be treated as reward. In fact, reward may introduce ego. But, punishment destroys the ego and imparts purification resulting in progress. Hence, punishment is a better reward. The kindness behind the punishments is more than the kindness behind the rewards. A friend, who praises you is always dangerous since he is trying to push ego into yourself. An enemy is the real friend, who always criticizes your sin since he is developing the careful attitude in you. Hence, God is the real father, who is always a real friend.

Basically you must develop the attitude to avoid blaming God in any matter because logically and legally it is untenable. How can you blame God, who is unimaginable? The creation including the human beings is imaginable phase. The relationship between the unimaginable creator and imaginable creation must be also unimaginable. In this world all are imaginable items. Both the father and child are imaginable and therefore the process of generation of the child from the father is imaginable. The relationship between two imaginable items is also imaginable. Even if you take the unimaginable God as imaginable since the unimaginable God identifies Himself with an imaginable medium, you cannot blame God as you have seen in the above explanation. People lacking the patience to analyse impartially and deeply always try to blame God. Even theists and devotees blame God in the occasions of excess tragic grief. They do not understand the infinite kindness of God in giving the punishments in order to transform the soul for better development. Therefore, you should always thank God more in difficulties.

You cannot escape so easily. Every human being is having the golden opportunity to submit to the will of God. What is that? In the life of every human being, both rewards for the good deeds and punishments for the bad deeds appear as per the ethical constitution or the scriptures written by God. If you accept them without any resistance, you are submitting yourself to the will of God. People do not submit themselves to the will of God especially in the case of facing the punishments. They resist and try their level best to avoid these punishments. This means that you are trying to oppose the will of God on many occasions. Shri Rama Krishna Paramahamsa did not allow any medication for His throat cancer.

We should keep such highest level as our goal so that at least we may avoid blaming God in difficulties. You always say that you wish something good to happen to yourself or to your friends. You also wish a speedy recovery from some damage in the case of others. Damage means punishment given for the sin committed, which is the will of God to uplift the soul. Such situations clearly imply that you are not only opposing the will of God but also desiring for the opposite to the will of God to happen. When a human being is subjected to some difficulty, which is the punishment given by God, God knows the duration of that difficulty to purify the soul. When you expect a speedy recovery from that difficulty, you are opposing the will of God that prescribed the duration. Therefore, a true devotee must always express that the will of God should always happen either in his case or in the case of the others.

Jesus was frightened about the arrest and its future consequence. He tried to pray God to save Him from that future tragedy. But, finally He prayed God stating that His will should finally happen. This split personality shows the dual behaviour of the two components existing in Human incarnation (God in human form). The behaviour of the human being is exhibited by the fear and initial prayer and this represents every human being. The final prayer represents the behaviour of God. This dual behaviour is shown to represent the ordinary human being and the God. The Human incarnation is a system of these two components mixed in a single phase.

Some people often blame God that they are punished unnecessarily even though they are very pure without any sin. This is only hypocrisy based on the ignorance. Generally, people commit sins thinking that those are good deeds. The judge has to decide who is sinful between the petitioner and the respondent. Both claim that they are correct. Self certification is not valid.
www.**************************
Universal Spirituality for World Peace

Black Christians : ARE THESE POINTS TRUE ABOUT THE BLACK CHURCH
10 11 12

Black Christians : It’s time for the True Hebrew Israelites to Stand Up, if…a
2 3 4 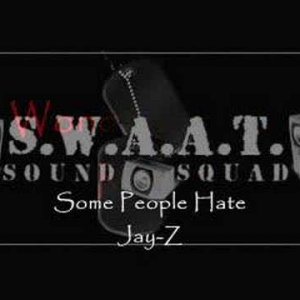