Anger. Frustration. Resentment. These emotions flowed through Bryson Leon's veins at his failure today to secure a spot on the starting varsity lineup for the wrestling team. Once again he lost his wrestle-off against his two time All-American teammate Wood Jensen. The pain was more than physical and it came out even more when he left wrestling practice and walked. He simply walked away with his head down not caring where he was walking to, to the point of him being off campus. Bryson didn't care who was around as he threw his bags on the ground and cried out to the dark skies of the night in a fit of rage, tears flowing down his eyes. His repeated failures were feeling as if it were too much to bear as he fell to his knees and slammed his fists against the ground.


Three days had passed since then and Bryson's best friends came to check on him.
"Bryson, Bryson are you in there buddy?" Morgan asked through the wall as she knocked on the door."Come on open up before we start knockin like the cops bro!" Jimmy heckled.
Bryson answered the door hair more uncombed than usual and 5 o'clock shadow beginning to grow in thick, letting his friends come in the dorm and closing the door behind them.
"What's been going on with you man, you ain't been to class in three days?" Jimmy asked.
"Sorry....I've just been having a lot on my mind lately" Bryson answered shaking his head.
"I understand how you may be feeling but you can't just start randomly missing class especially when you don't have an A in there already" Morgan lectured.
Jimmy looked on the desk and noticed a box of open wheat thins snacks.
"Dude you actually eat these things!? they taste like cardboard" Jimmy laughed as he grabbed the box sniffing it.
"Hey now he's got good taste in food those actually taste pretty good, ya know" Morgan replied with a raised eyebrow.
"Are not!"
"Are too!"
"Are not!"
"Are too!"
Despite how the African American male was feeling inside he couldn't help but chuckle at his friends bickering as they usually do.
"Guys guys its all good, I probably shouldn't even be eating those anyways since it's wrestling season" Bryson stated to resolve the situation.
It suddenly got quiet in the room at the mention of wrestling.
"Hey bro sorry to hear about your wrestle-off the other day man" Jimmy sighed.
"Don't let it keep you down bud, don't ever stop fighting we believe in you" Morgan assured as she gave him a sympathetic hug.
"Thanks guys....it does get hard sometimes to keep going through this but I won't give up" Bryson assured as he stood up off his bed.
"See that's the spirit, now unless you plan on goin the Rick Ross route I suggest you not give up on this razor here either" the witty Italian girl smirked as she handed Bryson his razor that was sitting on the desk.


The humble college student decided to go out for a walk around campus a few hours later to get some fresh air, after taking his friends advice and getting a good shave. In the past three days the only place he had really gone to was wrestling practice. The first place he went to was the campus library to check out a book, he often liked reading in his free time. As Bryson was about to go around the corner he noticed the one person that made him forget all about the troubles and anger that plagued his mind. Ember. The beautiful dreadlocked girl sat on a bench writing in her diary completely at peace and serenity. He slowly peeked around the corner to see if she noticed him and it appeared that she hadn't.
"Maybe I should say hi...but wait...she looks like she doesn't wanna be bothered...even though I really want to talk to her I should probably just leave it alone" Bryson said to himself in his mind.
He got himself together and went back around the corner to walk past Ember, moving slower than normal with his heart beating much faster.
"Do you always peek around corners at people or are you just in an unusually sneaky mood today?" Ember spoke through her full lips without even taking her eyes off of her book.
Bryson stopped right in his tracks, completely caught off guard.
"Oh no...I...I...was just...you looked like you were in deep thought and I didn't want to disturb you" Bryson stammered as he turned back around to face her.
"What do you think that I was in deep thought about?" she asked while putting her diary down.
"I imagine your thinking about whatever your writing in your diary right there, your personal thoughts manifested on paper" the young man answered with a hand gesture toward her book.
"Hmmm well you are correct....I guess jocks know about more than just lifting weights and thinking their big shots" Ember replied.
Her response caught Bryson off guard as he looked at himself and realized he was wearing his blue and gold wrestling team hoodie. Deep down inside he never considered himself a jock. He especially didn't feel like one right now due to his failure to achieve success in his college sport.
"I'm not a jock" Bryson said with a slight shake of his head.
There was a pause for a moment as they both looked at each other.
"I know your not, I just wanted to see what you would say" Ember said with a hint of a smirk.
"Oh....well...I'm Bryson and you are?"
"Ember, but you already knew that...correct?"
Bryson was lost for words since he honestly did not think she remembered him from high school.
"I know who you are Bryson Leon, I remember you from Freedom Oaks High School" Ember informed.
"I'm sorry I just didn't think you remembered me" Bryson replied feeling embarrassed and slightly looking to the ground.
"I very rarely forget a face, remember that"
The beautiful girl closed her diary and got up to walk away.
"Wait....where are you going?" Bryson desired to know.
"Where do you think I'm going?"
"To study"
"Your certainly smarter than you look"
"Ummm....thanks...I think...but when will I see you again? If I see you again"
"When the weavers of fate say it is to be so"
Bryson looked into her eyes completely intrigued by her and her words. He felt something special when he looked at her. With an expression of neutrality Ember turned around and walked away to her destination, the wind blowing behind her as if it were her companion and friend.

I hahn't noticed you already posted another installment.

I'm very interested in knowing where Ember and Bryson's characters are going and what caused Bryson to have the type of disposition he has.

Thanks for sharing more with us

didn't see this pt2 loving it and it have me thinking
Poetic flow, Poetry of a poet! Be a Premium member today and enjoy all the fruits .

V
Black Short Stories : The power of a touch (Written by VENOMOUS2U)
2 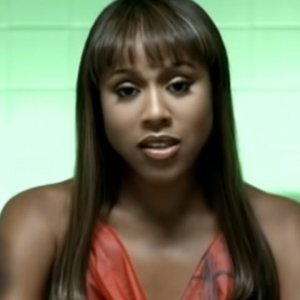