Black People : A reminder ...lest we forget

1977: Steve Biko dies in custody
The leader of the black consciousness movement in South Africa, Steve Biko, has died in police custody.
The 30-year-old's death was confirmed by the commissioner of police, General Gert Prinsloo, today.
It is understood Mr Biko died in hospital in Pretoria. The government minister of Justice and Police, James Kruger, stated that Mr Biko had been transferred 740 miles (1,191 km) from Port Elizabeth to Pretoria for medical attention following a seven-day hunger strike.
Mr Biko had been in custody since 18 August when he was arrested and detained under the Terrorism Act. He is the 20th person to die in custody during the past 18 months.
Medical student
Steve Biko was born in King William's Town in the Eastern Cape of South Africa in 1946.
He became active in the anti-apartheid movement in 1960s when he was studying medicine at the University of Natal.
He initially joined the National Union of South African Students' (NUSAS) but resigned in 1969 because he felt it did not represent the needs of black students.
He set up the South African Students' Organisation (SASO) in 1968 and was elected its first president the following year.
In 1972 Biko was expelled from medical school and began working full-time for the Black Community Programmes (BCP). He also started writing regularly for the SASO newsletter under the pen-name of Frank Talk.
By 1973 his work had come to the attention of the government who, in an attempt to curtail his activities, imposed a banning order on him restricting him to his home town.
But he continued his work with the BCP which succeeded in building a clinic and a crèche in King William's Town.
He was also instrumental in setting up several community groups including the Zimele Trust Fund in 1975, which helped political prisoners and their families, and the Ginsberg Educational Trust, to assist black students.
In January of this year he was made honorary president of the BCP.
An inquest into his death is not to be held for several months, according to the authorities.
Mr Biko leaves a wife and two children.


Thanks James for posting.


While I enjoyed the video, it's a beautiful film, I'm not sure Steve Biko, if asked, would have approved of it. It is more a Nelson Mandela, ANC, film than a Steve Biko, PAC-type effort.

In the mid-1950s, the ANC formed the Congress Alliance with other antiapartheid organizations to oppose the white state. On June 26, 1955, alliance members adopted the Freedom Charter, which advocated the creation of a nonsocialist multiracial society , but the debate over the charter widened an ideological rift in the ANC between Charterists and Africanists, concerning the question of multiracialism. A few activists opposed the ANC's inclusive policies and established the Pan-Africanist Congress (PAC) in 1959 to press for black political control.
Click to expand...


Steve Biko was an Africanist. The inclusion of white images in the film would not be one he would have approved of. Which is why, IMO, Nelson Mandela was imprisoned for most of his youth while the apartheid regime decided Steve Biko must die. And history has shown us that murder him, they did.

One of my favorite South Africans:

Stephen Biko was born in King Williams Town, in the Eastern Cape province of South Africa. He was a student at the University of Natal Medical School.
He helped found the South African Students' Organisation (SASO) in 1968, and was elected its first president. The SASO evolved into the influential Black Consciousness Movement (BCM). In 1972 Biko became honorary president of the Black People's Convention. He was banned during the height of apartheid in March 1973, meaning that he was not allowed to speak to more than one person at a time, was restricted to certain areas, and could not make speeches in public. It was also forbidden to quote anything he said, including speeches or simple conversations. In spite of the repression of the apartheid government, Biko and the BCM played a significant role in organising the protests which culminated in the Soweto Uprising of 16 June 1976.

On 18 August 1977, Biko was arrested at a police roadblock under the Terrorism Act No 83 of 1967. On 11 September 1977 police loaded him into the back of a car and began the 740-mile drive to Pretoria. He died shortly after arrival at the Pretoria prison, on 12 September. The police claimed his death was the result of an extended hunger strike. He was found to have massive injuries to the head, which many saw as strong evidence that he had been brutally clubbed by his captors.

Due to his fame, news of Biko's death spread quickly, opening many eyes around the world to the brutality of the apartheid regime.
.
The following year on the 2 February 1978, the Attorney-General of the Eastern Cape stated that he would not prosecute any police involved in the arrest and detention of Biko. During the trial it was claimed that Biko's head injuries were a self-inflicted suicide attempt, and not the result of any beatings.

"Apartheid, both petty and grand, is obviously evil. Nothing can justify the arrogant assumption that a clique of foreigners has the right to decide on the lives of a majority". Woods, 130.

There are literally HUNDREDS of songs, movies, poems and plays dedcated to Biko. Below is just a FEW of those most people will recognize:

In 1978, Malcolm Clarke recounted Biko's story in a documentary called, The Life and Death of Steve Biko.

The Biko Inquest is the television adaptation of the original stage play (see below). Directed by Albert Finney, it originally aired in the US through HBO in 1985.[9]

In Star Trek: The Next Generation, there is a starship named USS Biko, NCC-50331, an Oberth class starship which is used for transport or scientific research. The episode in which it appeared was entitled "A Fistful of Datas".
Biko is mentioned in the 2000 Disney Channel movie, The Color of Friendship.

Chinua Achebe includes a quote from Biko in his collection of essays, Hopes and Impediments.

Public Enemy references Biko in the song, "Show Em Watcha Got", on their 1988 album, It Takes A Nation Of Millions To Hold Us Back. Groundation mentions Biko in the verse, "...the words of Bantu Biko", in their song, "Silver Tongue Show". Biko is also mentioned in the song, "Suffer the Right", in the lyric, "...I, want them to remember ...I, Steven Biko."
Tom Paxton released the song, "The Death of Stephen Biko", on his 1978 album, Heroes.
Steel Pulse released the song, "Biko's Kindred Lament", on their 1979 album, Tribute to the Martyrs.

Dead Prez reference Biko in a track entitled, "I'm a African", on their 2000 album, Let's Get Free.
Dirty district have a song based on the murder of Steve Biko, titled "Steve Biko", on their debut album, Pousse Au Crime et Longueurs de Temps .
Wyclef Jean mentions Steven Biko in the song, "Diallo", on his album, The Ecleftic: Both Sides of the Book.
Third Sight names Biko in a track entitled, "Nine In My Pocket", on their 2006 release, Symbionese Liberation Album. Saul Williams names Biko in the song, "Coded Language", in his freshman release, Amethyst Rock Star.

This is the reason I looked up this info. Peter Gabriel who made James' video. I knew I'd seen his name before:

Peter Gabriel tells the tale of Biko in the eponymous song on his 3rd self-titled album, Peter Gabriel (III) (alternatively known as Melt, for the cover art), released in 1980. Gabriel sings: "You can blow out a candle / But you can't blow out a fire / Once the flames begin to catch / The wind will blow it higher". During the reign of South Africa's apartheid government, Gabriel was known to close his concerts with a deeply moving version of this song, encouraging the audience to sing with him. The song has been covered by many artists, including Joan Baez, Robert Wyatt, Simple Minds, Manu Dibango,

Black 47 and Ray Wilson Sweet Honey in the Rock's 1981 album, Good News, contains tracks entitled "Biko" and "Chile Your Waters Run Red Through Soweto", which compares Biko's death to that of Chilean musician Victor Jara and was covered by Billy Bragg in 1992.
Dave Matthews wrote the song "Cry Freedom" in honor of Biko. The A Tribe Called Quest 1993 album, Midnight Marauders, includes the song, "Steve Biko (Stir It Up)."
Beenie Man's 1998 album, Many Moods of Moses, contains a track entitled "Steve Biko."


Johnny Clegg names Biko in the song, "Asimbonanga", on the album Third World Child.
Dilated Peoples names Steve Biko in their song, "Expansion Team Theme", with the lyrics ..."Pressinâ€™ heights Pico, live like Steve Biko" (on the Expansion Team LP).
Christy Moore sang a song about Biko called, "Biko Drum", which makes several reverences to the South African hero. The song was written by Wally Page.
Rory McLeod references Biko in his song, "What would Jesus do?".

Thank you, Dunwiddat, for highlighting one of my heroes. 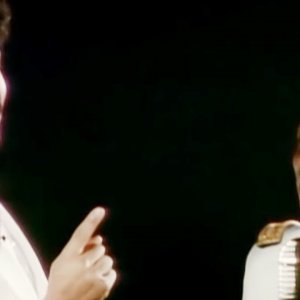