I've read some interesting dialogue in this thread and Sister Zuleilah you've peaked my curiousity considerably but sometimes I find it difficult to follow your thread. You have submitted some lengthy commentary as a challenge to other's point of view on this topic but because you've expressed your opinion in a back and forth style, I tend to get lost as to your basic premise or "bottom line". With all due respect, is there a bottom line to your messages or just a hodge podge of thoughts and opinions?

Would you be kind enough or willing to provide a concise summary as to the message you want to convey on this topic so readers like me can grasp a better understanding of the flow of discussion?

If the call of reparations targets Europe and America, then why leave out Africa? Such a call would put public pressure on any government (ethnic group) whose ancestors benefited from the sale of Africans.

Note: In order to address the range of Changes many responses, I had to break them up into more than one post and then answer them, which I explained, at the beginning of my latest response to him.

I feel that mirroring a poster's response, as much as possible, prevents misunderstanding and/or charges of unsolicited 'editing'.
Z
C

I've had to stop and consider the benefit of responding to your last seven posts because I suspect we're not talking about the same thing anymore.

A few issues at least seem to recur:

I. The linked fortunes of all Africans, at home and disparate versus the foil of local cultural identity.

I've repeatedly made the point that these issues are structural and broad, so that regardless of what Thabo KwaZulu in the South thinks of Seme Dinka in the West, they are both suffering from the delusion that individuals control their own fate, and disregard the reality that until one of them gives in to the other's will, they will both suffer the concerted efforts of others to undermine both their interests.

I'm not sure what you ultimately mean to suggest by repeatedly reminding me that the international African community is fractious. Every time I say we need a rhetoric that unites us, you say we're only concerned with the well being of those closest to us. So are you saying that the problem is an insurmountable one? You say problem, I say solution, and you say the solution doesn't work precisely because of the existence of the problem. We could go on like this forever and the African race would still be dying.

It was not individual Joe Joneses who independently decided to pillage and colonize the world, it was the succession Urbans, Henrys, Di Medicis, Nepoleons, Isabelas, Alexanders, Platos, Elizabeths, Charleses, Philips, Jeffersons, Wilsons, Nixons, and Bushes that engineered these very broad changes and who also invented the systems within which the rest of us operate under the delusion that we are self-propelled beings. So the fact that individual western europeans recognize an imbalance and try to do their part to set it aright doesn't negate the reality these people are products of the very same system which, amongst other things, was invented to destroy me.

III. The machinations of the white world versus the responsibility of individual Africans to fix themselves.

I understand that Tamika Jenkins needs to think about feeding her three children and getting her GED before she can worry about joining the rest of the Africans in saving the world. I also understand that Tamika Jenkins made a succession of conscious decisions that resulted in her inauspicious reality. But Tamika Jenkins did not decide to be born to a ill-confident mother with a substance addiction and a weakness for sweet-talking men; she did not decide to be fathered by a man who never had a father to teach him a craft, the mastery of which might give him the confidence to look his children and their mother in the eye; she did not decide to feel the very deep void caused by the absence of a strong and consistent male figure, or to be taught to assuage that pain by giving herself to anyone who looked vaguely like a man; she did not decide to have white teachers tell her at every turn that her proclivity for verbosity and her penchant for energetic debate made her ineducable. Can you see what I'm saying Sister or Brother? These problems are structural and perpetuate themselves cyclically. The only way to break the cycle is to somehow end the possibility of procreation or to build a place wherein the paradigm renders itself unnecessary. Our people are hurting so much, and all the more fortunate amongst us can manage to tell them is, "you're bad, you're stupid, you're wrong." What we need is a new option not a lesson in morality.

The white world did not come to control the fate of the globe because Tom and Suzy Jones were good people. Instead, a succession of individual men and women set out to create a world wherein whites could locate their best selves. No group can hope to do it any other way. You cannot fight a global and historically consistent paradigm by trying to change the hearts of individuals one by one.

Also, you and I have never spoken about reparations. Its arrival in this thread says to me that you came to this discussion with a ready-made agenda and will push that agenda regardless of counter arguments. I no longer consider your ideas to be a contribution to the ultimate goal of a strong and sovereign Continent. I won't respond to any more of your thoughts on this topic.

Thank you for the discussion, Sister or Brother. Stay Blessed. 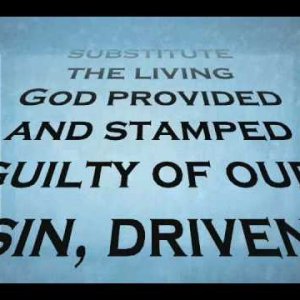