Excellent Post Changes_Changes, if no one else has done so, welcome to Destee!!
C

Changes_Changes said:
Brotha Panafrica, wassup man - u just dont know how much i been learnin' from goin' back and readin' your posts man - thanks for the knowledge and the love bruh - keep teachin us brotha professor
Click to expand...

Thank you very much Changes. If you haven't done so, I invite you to look at the thread on the United States of Africa, it addresses many of the questions you have asked.
A

i'm still reading over ur thoughts & email (thanks). not all of the following addresses issues u've raised n this thread, but it does comprise the bulk of my general thoughts about pan-africanism. i am enjoying the dialogue thus far. i only wish 2 participate n the discussion & i hope no 1 feels any personal villification by any comments made, as that was not my intent.

some ppl hv suggested that there should b a united states of africa, modeled on the u.s., or perhaps a conglomeration of nations similar 2 what the u.s.s.r. attemped.

1. comparisons w the u.s. & (former)u.s.s.r, or other asian models may b inappropriate examples as possible solutions 4 our homeland. the union of states n amerikkka, 4 example, evolved concomittantly w its aggressive conquest of an inhabited territory & virtual genocide of the indiginous people, as is the way of the european everywhere they set shore. their unification was less grand plan 4 future major player & more crucial necessity 4 survival & victory n their war against both the land & its native inhabitants. developing states were dependant on assistance from & directly related by blood 2, occupants of the more established areas. even w those ever present incentives, they still found it necessary 2 settle the issue of wheather or not 2 remain as 1 thru a long & bloodletting revolutionary war. my point is that most large 'powerful' national development occurred n a unique set of circumstances during a crucial developmental stage n that countrys development, frequently at the xpense of an indiginous, vulnerable population, and is hardly exemplary or a model 4 others.

it may sound rediculous 2 say, but i believe neocolonialism spared africans the fate of native americans. it was the europeans decision 2 carve up africa amoungst themselves & exploit the land & its peoples while remaining largely n the comfort of their (the europeans) homelands, 4 the most part (south africa being a noteworthy exception) that left the majority of the african population at least standing, albeit n destitution, poverty, disease & decay, on their own land.

this was largely an economic decision & had nothing 2 do w morals or humanity. it was deemed more profitable & efficient 2 exploit people n their own land, where they already were, instead of shipping them around the world & exploiting/enslaving them there. it would also b much easier 2 disguise the scheme under the cloak of 'helping' or 'enlightening' the savages (us) that way. this became a platform 4 surruptitious unconcionable exploitation on a level unkown or even imagined previously while avoiding the unpopular appearance of being a slave trader, but it was slavery just the same. i also believe that these precedent setting levels of avarace & insaitiable greed from those n positions of power left indelible imprints on the african leaders that followed 4 decades 2 come, & continue 2 this day.

2. africa has been a world leader & can b again. africa remains a source of inspiration, wonderment, beauty & encouragement not only 4 what she has been n the past, but by her very survival. i believe n gurvey s position, africa 4 the africans, those at home & those abroad. our motherland does not need 2 ape any euroamerikkkan models of unity. she is unique n all the globe &, as n the past, must find her own unique solutions & manner of association/cooperation/unification that specifically suit her needs & those of her people.

there is the concern, expressed by some, that africa is comprised of too many different nations & is comprised of too large a diversity of peoples, tribes & cultures 4 it 2 ever behave as a unified continent. that point about the vast & almost overwhelming diversity of the continent is well taken & accurate. diversity, however, can b an invaluable asset, not just a barrier. it is the mental disposition of both, those n positions of power & the populus n general that is determinant. amerikkka, 4 example, has chosen 2 slaughter & castigate (blacks), ignore(hispanics & orientals), & exterminate (native americans) those who hv a culture, skin hue, orientation, or lifestyle divergent from what they consider appropriate. the prevailing order is not so much a melting pot but anglo conformity, a collective 'my way or hit the (global) highway' mentality. there is a positive contribution 2 b gained from every african culture f only the vision & humility exist 2 accept & encourage their development.

b4 there can b any hope of any real change, great sacrifices will need 2 b made. we cannot afford 2 ape the european s hedonistic lifestyle. repeatedly labelling leaders as stupid or corrupt solves nothing, even f they r. there is an african proverb the jist of which is: f u cannot defeat a mans argument by logic all is not lost, u can always call him vile names. more constructive 2 start small & speak of communitys & what changes local neighborhoods can make 2 become organized 2 effect change, specificly, the ones they deem most urgent n their community. all africans who sincerely desire the motherlands prosperity or even continued survival must do some serious introspective soul searching & ask themselves, what creature comforts am i willing 2 sacrifice 4 what i believe.

we can all write great theoretical positions & perform mental gymnastics defining & defending our personal pet beliefs about whats best 4 this vast treasurehouse supported by this or that 'great' 'well known' authority, but it is of no moment. f we stand, or sit, idley by & do nothing, it will not matter whether we blame the leaders, the yt man or whomever, it will b us, ourselves, that will hv 2 hang our heads n shame knowing that we lacked the moral courage, intestinal fortitude & selflessness required 2 keep our collective 'mother' alive 4 her sons & daughters of future generations. we will hv failed both them & ourselves.

Note: Since your responses are a bit detailed, I will respond to them in different postings.

You said…What I'm against is not the notion of assistance itself - no organism can exist without the persistent help of other living things. Since this is true, the most pressing questions become, "who is helping, and why."

Z: Sometimes the hate, bitterness and resentment over our treatment at the hands of white folks blocks some of us from seeing that not ALL of them are “the enemy” – not ALL of them have some evil ulterior motives. There are those of another color that have always been taught that ALL people should be treated like human beings, not second-class citizens or worse. Such was the case during our struggles in this country – past and present. We didn’t do it alone.

You said…Two grave issues come into play when foreigners presume to help Africans:

1. The importation of foreign mechanisms to cure African problems.

Every living thing views the world only in reference to her own education (that is, experience, tutelage, parentage, lineage, et al). So, when a wazungu, for instance, assesses the situation on the Continent, her first reaction is, "this isn't how I would do it, which means it's wrong," without ever fully comprehending that what is right here is not necessarily right there.

Z: It’s not only “wazungus” that are perceived as having an attitude, by those we call our sisters and brothers.

Ex. A few years back, Charles T. Moses, a former advisor to Governor Mario Cuomo wrote an article that was published in South Africa’s ‘The Sunday Independent’ where he stated that many of the AAs in South Africa, at the time, had been treated rather badly, “usually out of jealousy and ignorance.” His article created a bit of a firestorm which led to a couple of television programs that focused on the ‘tension’ between AAs and South Africans. Mandela’s daughter was one of the panelists. She and the other South Africans laid it all out on the table. The South Africans accused AAs of coming to South Africa with a “patronizing attitude”, of AAs thinking they were doing South Africans a favor by “rescuing it after the white brain drain” and “coming to their country with a belief that they are owed something by Black South Africans for leading the anti-apartheid movement in the United States.” They also accused AAs of “socializing among themselves, being aloof from the black South Africans”, “moving into the fanciest white neighborhoods and living in palatial homes with maids and pools.”

Z: What must also be understood is that Africans in the Diaspora and CAs are not the same either, which some of us find out when we travel back ‘home’. We may share complexions but there are distinct differences based on the nuances of our different cultures. In other words, we may be considered just as foreign as “wazungus” and, our ‘assistance’ could also be construed as unwanted, high-handed and patronizing.

Z: Good and Bad are defined within context of the greater good of the community. Some Africans patriarchs still feel that education shouldn’t be wasted on girls. They believe girls should only be taught the skills needed to run a home and take care of a home and children.

Is this a “good” thing for the future of the village?

Or, is this a “bad” thing for the future of the village?
Z 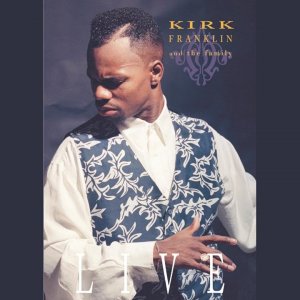