Brother AACOOLDRE : A Mormon for secretary of state???

Donald Trump is considering appointing a Mormon to be Secretary of State.

I was given their Bible several years ago and found a consistent theme to be troubling. Masonry was central to the Mormons as they were founded by Freemasons. A coincidence is noted of the ancient Egypt Ptah as the God of Masons and Utah have a difference of only one letter. The name "Utah" is derived from the name of the Ute tribe. It means "people of the mountains" in the Ute language. The Primate of the Gods Ptah, conceived in his heart, everything that exists and by His utterance created them all. He is first to emerge from the primeval waters of Nun in the form of a Primeval Hill/Mountain.


The Mormons believe that Black skin is the result of a curse:

“And the skins of the Lamanites were dark, according to the mark which was set upon their fathers, which was a curse upon them because of their transgression and their rebellion” (Alma Chapter 3:6).

I’m stupefied that this cult is able to get Black females to run for Mayor in their state of Utah and then be selected for the US House of Representatives. I guess this is part of their reform but I believe in replacement. My favorite black Republican Tony Brown researched some data on blacks and the Utah thing:

“This may sound like a revolutionary idea, but in fact it is already practiced by the Mormons, who have congregated in Idaho and Utah and control those states politically and economically. Interestingly, there are blacks in those states, and the 11,576 Black Utahans are among the most influential residents. The crime and unemployment rates among Utah’s Blacks are very low and their standard of living is above average” (Black lies, White Lies p.331). An oppressed people are willing to submit to anything that will bring them economic empowerment.

The Mormons also state: “O my brethren, I fear that unless ye shall repent of your sins that their skins will be Whiter than yours, when ye shall be brought with them before the throne of god” (Jacob Chapter 3:8). We have three people with the last name of Whitmer of a total of 8 people who are witnesses to the gold plates of Joseph Smith. The Gold plates, Smith said, were written in ‘reformed Egyptian’. From this came the book of Mormon…the pillars of the early church was smith and another guy called Brigham Young. They were both high degree freemasons.

Now if they knew how to read and write hieroglyphics they would have known that the ancient Egyptians believed that making was made from black soil of the Nile Mud which was warm like their hearts and eyes. Even the Koran says that man was made from Black mud so its impossible to curse the original black man with black skin that he already haves. Its no curse at all but a blessing to create a rainbow color of mankind that’s required first from the foundation of the black.

But the Jews twisted the eyes of Ham made them homosexual and curse his ancestors to be black and slaves. There is no reform of this but a necessary replacement. And I just keep on reading from their writings: “And he had caused the cursing to come upon them…The lord God did cause a skin of blackness to come upon them” (2 Nephi Chapter 5:21). And the members who follow this BS are represented in the FBI at disproportionate rates to their population. Be on alert. 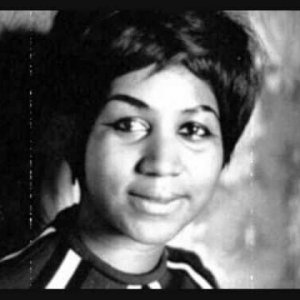