Law Forum : A MATTER OF REAL CONCERN FOR ALL – THE BACKGROUND DATABASE

Like many, I have been consumed by the tragedy of the horrible mass shootings and am reminded of all the mass shootings that have taken place, over the past 15 years, in our nation. When I researched the horrible shooting that recently took place. I asked, “How could a proven violent and mentally ill young like Nikolas Cruz have been allowed to legally purchase an arsenal of guns.” And, “How could the sheriff’s department fail to put information on Nikolas Cruz into the Law Enforcement Database, after the Sherriff’s department had received 18 warnings by concerned citizens/relatives and he had actually posted his threats to “shoot up a school” on FacebBook?!” And, the FBI received 2-3 warnings. (See quotes at bottom of page.)

Please note that the measure Obama had wanted signed into law would only have been able to locate people who were receiving Social Security benefits for their mental illness. I didn’t find anything in my research that indicated any of the mass shooters were receiving SS benefits for mental illness, but maybe I’m just not searching correctly. I DID find a quote from a Newsweek article published online, 11/10/2017 that stated, “The nation's porous background check system is just one part of a wider failure to limit the sale of assault rifles like the AR-15 or to keep them out of the hands of the clearly deranged mass murderers in Sutherland Springs, Las Vegas, Orlando and Newtown's Sandy Hook Elementary School.”

This caused me to look carefully into THE BACKGROUND CHECK DATABASE that ALL of the law-enforcement agencies use. What I found was very disturbing. In fact, so disturbing that I have already contacted my State’s congressman and governor about it. I may just have to raise a stink. It would be good for you to do the same. This affects everyone. Here’s what I found:

1. The database is not always kept up-to-date. Some Sheriff’s offices are lax putting in arrest records, with details. So, some criminals have been able to legally purchase assault rifles. In fact, I found that many of the mass-shooters of the past 15 years already had criminal records, before the shootings, but that those records were not a part of the database, when they legally purchased the guns!

2. I don’t see indication that the database is kept current with documented warnings of actual or threatened violent actions like the 18 warnings received about Nikolas Cruz as well as his threat to “Shoot up a school” documented on Facebook. In my opinion, people of any age who are documented as threatening such violence should not be allowed to purchase firearms!

3. I also found that there is negligence in making sure the information in the Database is accurate.

4. Also, I don’t see that anyone is removing “False Arrest” records. So, if someone is falsely accused of a crime, he/she has to pay an attorney to have his/her record expunged. Instead, it seems that someone in the Sheriff’s department should pay attention to this, and expunge those “False Arrest” records, automatically! I read of a case where a Jose Hernandez was accused of molesting two young girls, but it turned out to be mistaken identity. He had to go into great debt, hire an attorney, to have his record expunged! Employers check those records!

5. Last, I think that minor offenses need to be expunged, after a period of time, if the person has gone several years without incident. I’m thinking of youthful indiscretions. I read that homeless people have been written up for loitering and so end up with a record. Those records follow you the rest of your life!

To the elected officials I am asking that they put penalties into place for those who are negligent in maintaining the Background Database.

The below information has been posted in several places online. (Sorry, I haven’t been a member long enough to be allowed to post a link, yet. You’ll have to search the below info yourself.)

“FBI director must resign: Florida governor demands Fed head step down after Bureau reveals it did not investigate Nikolas Cruz despite being warned of stockpiled guns and desire to kill SIX Weeks before massacre. The FBI released a statement on Friday revealing that a call came in alerting the agency about Nikolas Cruz being a possible threat in early January
“The first tip in the Cruz case came back in September when they were alerted to comment made by YouTube user 'Nikolas Cruz' proclaiming his desire to be a 'professional school shooter.'

At the same time he was posting photos to his public social media account which showed off an arsenal of weapons, including multiple semi-automatic guns.”

(Feel free to copy and post this article anywhere. I wrote it and give you permission. In fact, you don't even need to give me credit. You need to just put footnotes for the quoted information, which you should be able to find online, by searching.)

the government that you contact has already been purchased by the NRA...... 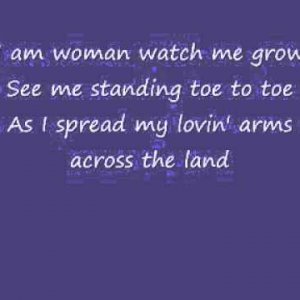