Black People : A level playing field. It's only fair.

No matter what country they’re from, minorities of virtually any ethnicity sometimes never seem to get a break…

In watching the Miss Universe beauty pageant last night, the five finalists were from Venezuela, Puerto Rico, Dominican Republic, Mexico and Canada. Wouldn’t you know it, Canada won. One day, the playing field will be level, and the "white" equation will be refactored into compliance.
T

Latinos are always winning miss world. You obviously never watched it before. And I was happy to see someone else win besides them I really wish a black girl would have won.
R

Yeah I taped the Miss Universe Pageant the other night....just to hear the interviews...na'mean?

I was taken aback at how similar all of the women seemed to look no matter what nation they hailed from.

Whether they came from the Dominican Republic, Brazil, Canada, Iraq, or Panama...they all where skinny white women with dark hair.

The only women who could readily be indentified as black were a few from Africa.

But any nation that had even a minimal white population, it appears that they selected the women chosen to represent that nation from that genetic pool.

This is brainwashing at the highest level.

In other words, what they're trying to tell us is African nations must be the only places with black folk, every other nation is made up of white people with dark or light hair.


I thought differently a few years ago, but with all of the footage from the recent war going on overthere...I now know that there are women in Iraq that are just as thick, dark, and beautiful as some of the sistaz I see here in America.

Some of them look like beautiful African women...but are Arab.


Going to New York let me know that all Puerto Rican women don't look like Jennifer Lopez, but many look like Phylicia Rashad and Ashanti.


The woman chosen to represent Mexico looked NOTHING like the short thick little brown Mexican women I see pushing baby carriages and going to the store all day outside my house.


These contests only seek to deceive the world and give most of our women low self esteem by suggesting that they somehow look different than most of the women in this world when in actuality most women are thick and brown.

Black People : How to spark awareness on an everyday level
2

Black People : Utopia or Nightmare: Can we run a top level society?

Black People : Video Debates - Let's Take it To the Next Level Family!
2 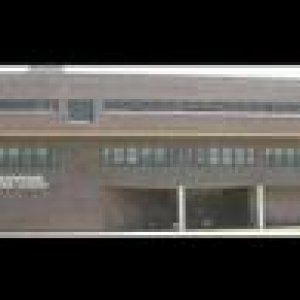